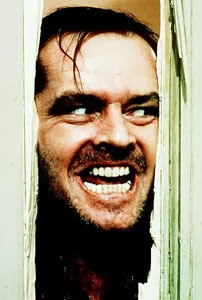 I know what day this is, but this isn't a joke--I'm back.  None the wiser for the hiatus, mind you, just back...and glad to be here.  I noted in my absence, that Terry raised the bar for Tuesdays so that I am almost guaranteed to disappoint.  Thanks for that, Terry.  Thanks a lot.

If you recall, dear reader, I took the time away from SleuthSayers to pen another of my unsellable novels.  It is with some pride that I report--mission accomplished!  "Starvation Cay" is complete!  My thanks, by the way, to my fellow Tuesday scribbler, Dale Andrews, for overseeing some of the technical aspects of the story.  Besides his literary value, he has a wealth of knowledge regarding all things nautical.  Useful to me, as I set nearly the entire story on board boats.  Thanks again, Dale.  Through no fault of his, I am now in the process of collecting rejection slips and arranging them in order of snarkiness.

On another note entirely, my son and heir, has gotten hitched to a truly lovely young woman.  Robin and I absolutely fell in love with her too, and apparently she was too smitten to heed that time-honored warning--Look to the parents!

The wedding took place in the Blue Ridge Mountain region of Virginia where they both teach.  My son's side was not only represented by mine and Robin's families (The Georgia-Jersey Axis), but also by a large contingent of his college rugby buddies who double, apparently, as the school's male dance team.  Her side was family from both Jersey and Michigan.  Both sides were duly impressed with the athletic abilities of rugby players and their women, even if the dance floor became a dangerous place for the infirm and elderly.  The bride's family went very quiet during their dance interpretation of John Denver's "Country Roads," which also included a sing-along.  Fortunately, the nuptials had already been performed so there could be no "take-backs."

As if this wasn't enough good news, our Christmas present from them was a grandparents' album.  Robin got it almost immediately.  I, however, being a former police officer, stared at it for several stupefied moments before understanding dawned.  Robin was crying and hugging the young couple, as I was still turning the album over and over in my hands, murmuring, "They're trying to tell us something...but what?  What could it be?"

Besides working on the novel, I also managed to knock out a few short stories along the way.  I'm happy to report that those did sell, and will be (or have already been) published in Ellery Queen Mystery Magazine.

As if all these things weren't enough, I've actually read a few books, as well.  But more on that at another time.

I've missed you guys.  Though I have duly followed SS every morning (it's the first thing I read), it's been a little lonely out here.  Writers are not thick on the ground in South Jersey, and as you all know, it's a solitary profession at the best of times.  So, it's good to be back amongst friends, if only virtually, and even better to have been asked.  Thanks all.

WELCOME BACK, DAVID! For some reason, that's playing through my mind to the tune of "Welcome back, Kotter." I hope it doesn't latch on and repeat itself in my mind all day.
Congratulations on the grandchild. I always said I didn't want grandchildren, but as readers can tell, I adore mine.
Looking forward to your regular posts again.

Well, look at that. It worked that time.

Congratulations on the great family news! And on finishing the book. Sounds like a wonderful year.

All good wishes to your son and daughter-in-law and have a wonderful time filling out that grandparents album!

I'm sure your novel will eventually see the light of day, too!

Welcome back, David. And in case you didn't know, grandchildren are the best--the priceless reward for the travails of raising children. :)

Welcome back, David. And in case you didn't know, grandchildren are the best--the priceless reward for the travails of raising children. :)

I enjoyed working on your book and am looking forward to some prescient publisher picking up an option in the near future.

David and I share something else -- each of us have kids who attended West Virginia (by God) University, which explains a lot about that wedding song!

Glad to have you back on board -- but Terry: Don't be a stranger, okay?

David, welcome back! And sincere congrats on both the grandchild and the completion of the novel.

Welcome back!
Grandchildren are SOOOO much fun. And it's nice to know that, when they're not, you can send them home. :)

David, welcome back. You'll have fun with the grandkid.

Thanks for the warm welcome and wishes everyone! Yes, we are thrilled about the grandchild.

Dale, I didn't realize until I read your comment that I had failed to specify what college the "dance team" had attended--yes, by God, West Virginia.

Congrats on the forthcoming promotion to grandfather, David. And much welcome home. As for the hunt for the publisher, believe me, I know all about that.