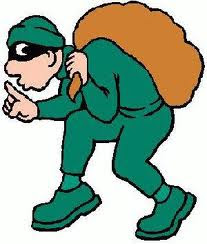 One of the things beginning writers seem to worry a lot about is that their stories might be stolen by the editors who receive and read their submissions. Because of that, we usually spend some time in each of my writing courses talking about it, along with the inevitable discussions of copyright, lawsuits, etc. The truth is, it's rarely a problem. I tell my students that editors of respectable publications aren't going to steal your work; worry instead about getting them to buy your work. (Editors of fly-by-night publications probably won't steal it either, but you shouldn't be sending stories to them anyhow.)

The folks who do the stealing are other writers. Even this, though, isn't a cause for concern. Most writers don't steal stories--they steal ideas, and they steal those from stories that have already been published.

Hands up, and back away from the register . . .

It's a fact: all authors, eventually and to some degree, steal ideas from other authors' work. I'm not referring to plagiarism here, or anything overly obvious. I'm talking about reading something by another writer and thinking Whoa, that's a great clue, or an interesting style, or a clever twist--and finding a way to include a version of that in what you're planning for your next story or novel. (It's one of the many reasons that good writers are avid readers as well.) The source of this ripe-for-the-picking idea might bear little resemblance to the final result, but that's okay too. The important thing is, it served as a catalyst. As an inspiration. 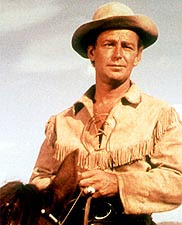 In movies, plot theft is done all the time, either subtlely or blatantly, and if you watch enough of them you can pick it out. I knew immediately that Pale Rider was a thinly disguised rehash of Shane, and everyone knows that The Magnificent Seven came from The Seven Samurai. The list goes on and on: The Shop Around the Corner/You've Got Mail, Battle Royale/The Hunger Games, Big/13 Going on 30, Yojimbo/A Fistful of Dollars/Last Man Standing, The Innocents/The Others, Turner & Hooch/K-9, Dances With Wolves/The Last Samurai/Avatar, Here comes Mr. Jordan/Heaven Can Wait, etc. Some of these were authorized remakes and others were just similar. Either way, the plots were recycled, and in a few cases produced as good a result, or better, the second or third time around.

In one of my stories, "The Powder Room" (the title refers to an explosives bunker, not a ladies' comfort station), I took an idea that I'd seen in a Jack Ritchie short story years ago and turned it around a bit to suit my purposes. In the Ritchie story a good guy who was about to be murdered secretly placed a wine glass bearing the bad guy's fingerprints into a safe as a way to make sure the holder of the glass didn't go through with the hit. Sort of a reverse blackmail. In my story I had the hero snap a photo of the villain and then put the camera into a vault with a time-lock. I also added a lot more twists to the story, but the threat of the "insurance" in the safe was an important plot point. The resulting story was accepted by AHMM and was later listed in Best American Mystery Stories as one of the "Distinguished Stories of 2009." 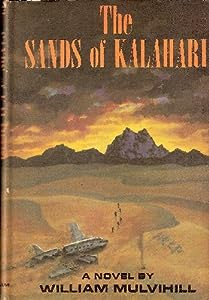 In another tale, I used an escape method that I'd once read about in the William Mulvihill novel The Sands of Kalahari. In that book, a murderer had been captured by a band of good guys in the middle of nowhere, and--being good guys--they decided to imprison him rather than kill him. Their makeshift jail was a deep stone pit with smooth, unclimbable sides. The problem was, it rained all that night, and the next morning they discovered that the runoff from the mountains had filled the pit with muddy water. Too bad, they thought--he's drowned. But he hadn't. They later found the pit empty. The captive had simply treaded water until the level rose high enough for him to climb out. One of my characters did the same kind of thing in my story "The Messenger," which first appeared in the magazine Futures, was nominated for the Pushcart Prize, and was reprinted four times in other publications.

(In the interest of full disclosure, I should reiterate that both those stories were bridesmaids instead of brides. The first one was only listed in the Best Mysteries anthology; it wasn't one of the featured stories. And the second one was nominated; it didn't win. Oh well . . .)

A basic part of this "acceptable" literary theft is that you don't steal the whole story--that would be at worst illegal and unethical and at best unoriginal (as well as stupid). What you do is, you pick out a small part that fascinates you and then weave that idea into an idea of your own. I recently read a Carl Hiaasen novel in which a voodoo queen put a curse on someone but accidentally evil-eyed the wrong person. It was only a tiny part of a subplot, but it got me to thinking. I wound up moving the setting from the Florida Keys to New Orleans, and changed a bunch of things about the hexer and the hexed and the motive and the process, and added some reversals here and there, and came up with what I think is a neat little mystery story. Whether it gets published is another matter, but I did the best I could.

This kind of copying/imitation/larceny can also be less specific. Maybe your inspiration is James Lee Burke's beautifully descriptive settings, or Janet Evanovich's constant use of action verbs, or Robert Parker's nonstop dialogue, or Lee Child's "slowing down" of action scenes to tell the reader exactly what the hero is thinking during the fights, or Harlan Coben's double and triple plot twists, or Kathryn Stockett's use of dialect without phonetic (mis)spellings, or Stephen King's fondness for using brand names for products and using children as protagonists. These ultra-talented authors, by the way, are particularly good candidates to steal from. Pickpockets don't go to the poor side of town; they hang around the country club and the opera house and the financial district. 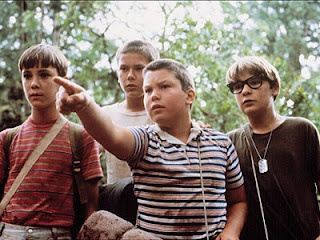 In closing, I should mention that the premise of Ronald Tobias's outstanding book 20 Master Plots is that every plot in existence is just a variation of one of those twenty. What you write is almost always a different take on an already-used idea. You're just writing it in your own words.

What are your views on all this? Do you find yourself getting story ideas from what you read, or see in movies? Have you ever taken someone else's plot structures, description methods, themes, quirky POVs, dialogue techniques, etc., and remodeled them to come up with your own versions? How far do you go with something like that? How far is too far?

I once heard that it's okay to steal others' ideas as long as you don't steal others' expressions of those ideas. I like that. Another observation that I recall, from someplace: Stealing ideas is an art, and stealing them well is a fine art.

Go thou and do likewise.