The Death of Posthumous Fame

I suspect that more and more libraries will refuse donations of papers, especially if the writer isn't unassailably famous. My guess is that thanks to the information explosion in the Internet age (not to mention the fact that more and more documents are electronic rather than actual paper), it will become uncreasingly unlikely for even the most talented and successful writer's reputation to outlive him or her. 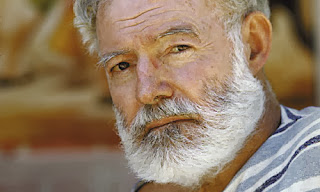 How much even of these memorable authors’ lasting fame is due not to their books, but to the movies made of their work? I know Gone with the Wind was based on Margaret Mitchell’s book and The Wizard of Oz on L. Frank Baum’s; To Kill A Mockingbird came from Harper Lee’s novel and The Help from Kathryn Stockett’s. How many movie adaptations of novels have you seen in the last twenty years for which you can name the novelist? How many of these will you be able to name twenty years from now? How many do your children know? 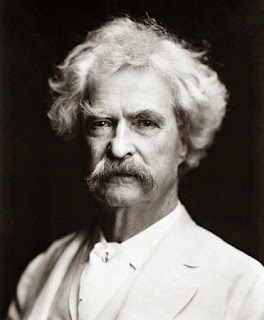 The first voluminous volume (760 pages) of Mark Twain’s autobiography came out in 2010. An author whose reputation has proven extremely durable, he deliberately stipulated that it would not be published until a hundred years after his death. so that he would be free to write whatever he wanted without fear of reproach or litigation. Having a sneaky taste for gossip served up cold, I went out and bought the book, making it a birthday present for my husband as a good excuse. Although the prose and some of the anecdotes were delightful, the hundred-years-cold tittle-tattle had gone tepid and congealed.

It’s not that Samuel Clemens did not have an interesting life. According to Biography.com, “When he was 9 years old he saw a local man murder a cattle rancher, and at 10 he watched a slave die after a white overseer struck him with a piece of iron.” He worked as a printer, a steamboat pilot on the Mississippi, and a prospector for gold and silver, the latter endeavor leaving him flat broke. So he became a writer—some things never change! He was a celebrated public speaker and humorist as well as an author for much of his career.

Twain chose to avoid the tedium of a chronological record (“Chapter One: I was born...”) and jumped in wherever his fancy took him. His style, both literate and anecdotal, is so good that I was moved to read some delicious passages out loud. But what even an iconoclast like Twain found shocking a hundred years ago produces no more than a yawn from today’s reader. It’s not a matter of sex or obscenity, with which it’s getting harder and harder to shock the 21st-century reader. It’s not even overt atheism. (You can find some lively debate by googling, “Was Mark Twain an atheist?”) Most of the so-called scandal consisted of his exercising his satiric wit on various popular preachers of the day whose names are otherwise long forgotten.

My prediction: In 2113, no one will remember a single writer who’s alive today, not even JK Rowling, and certainly not James Patterson, who last time I heard had written or cowritten one of every 17 books sold in the USA. Will people still read? I'd like to think so, but Americans will be lucky if reality TV has not driven life to imitate the art of The Hunger Games and if entertainment doesn’t consist of teenagers fighting to the death on the 22nd-century equivalent of public television.
Posted by Elizabeth Zelvin at 00:01