Taking revision to the next level 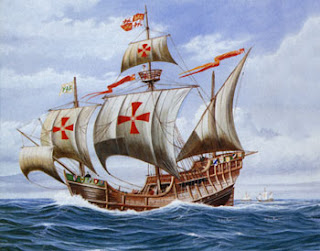 I continue to be amazed and pleased that sixty-odd years after I first said I wanted to be a writer and four years since my first mystery publication, the road to learning my craft, especially as a fiction writer, is still rolling out before me. I would much rather be a writer of whom readers say, “She gets better and better,” than one who “never lived up to the promise of her first book.” And while I’ll leave it to others to judge my published work, I’m proud to say that I’m getting better and better at revision.

I might never have understood that revision is an essential part of writing if I had never taken the risk of subjecting my work to critique. I can’t say this didn’t come up until I started writing fiction. Back in the 1970s, when I was actively writing poetry, I was part of a workshop group that met monthly to critique each other’s work. I remember the group’s very lively discussion of one of my poems. It was a divorce poem (murder mysteries aren’t the only way a writer can get revenge) that later appeared in my first book. The memorable part is that when the group got through with it, and I’d gone back and rewritten it incorporating their suggestions, it was exactly the same poem—except that all the words were different.

I did a lot of tinkering with my first mystery while it was making the rounds for four years, having made the mistake of sending out my first draft. But the big revision came when an editor with a major publisher told me one of my alternating co-protagonists was terrific, but the other would do much better as a sidekick. This opportunity was too good not to grab, especially as I’d had a lot of rejections by that time. I had to rethink half the chapters and decide in each of them whether to give the scene to the other protagonist, tell it from his point of view, or turn it into a close third-person scene for the sidekick. It made the manuscript much, much better, and another editor at the same house eventually took it. Although it was an enormous revision, I found it went a lot quicker than writing the first draft. I already knew the story—I just had to change the words.

Writing and revising Voyage of Strangers, my still unpublished historical novel about a young marrano sailor with Columbus, proved a voyage of discovery beyond my previous horizons. I had to put the flesh of my fictional characters and their story on the skeleton of what really happened to real people on a historical time line, rather than building on a structure of crime, investigation, and solution.

I had my protagonist and his sister in my head for more than a year before I wrote the story. When they talked to me, I’d jot down whatever they said. And I was reading and rereading my sources and becoming familiar with the chronology of the historical events. I wrote the first draft easily—first time that’s ever happened. Then a couple of respected early critiquers said they thought the first half of the book needed work.

I rewrote. I tried to make the scenes more suspenseful. I added action, texture, and a character or two. I had to think more about pace and structure. I understood that giving the first half of the story as much momentum as the second was crucial. The most dramatic events in the Indies actually happened. Readers agreed I got the second half right the first time. But to get there, readers had to hang on and cross that ocean. I had to keep them turning pages as my fictional characters made their way across Spain, having fictional adventures.

I had to start the story in a different place. I had to take sections—multi-part scenes—in which the narrative moved gently along and make something happen, something dramatic, conflictual, suspenseful. I started with a nice clean hard copy of my previous draft. But I soon discovered that I wasn’t editing. I had to retell these parts of the story from scratch, without referring to the old text. This time, revision meant rewriting. To my surprise, it went as smoothly as creating the first draft had. Although I was making up new incidents, I knew the characters and the story well enough to choose among various ways that I might tell it.

The biggest surprise is one I attribute to all the years of writing and revising and trying to be open to critique and hearing other writers talk about their craft leading up to this moment when I absolutely had to change what I’d written to something better. You know how writers struggle with the need to “kill their darlings”? We hate to relinquish the well-turned phrase, the sparkling line of dialogue, the oh-so-clever joke. My revelation: there were hardly any darlings at all that I couldn’t bear to let go. And that freed me to write the same story with not only different scenes and incidents, but different (and I hope better) words.
Posted by Elizabeth Zelvin at 00:01