by Leigh Lundin
A week and a half ago, David Edgerley Gates wrote a column, Through a Glass, Darkly, discussing PRISM, TIA, NSA, and Edward Snowden. As I tapped out a comment in response, it grew and grew until I realized I had an article based on the premise governments worry more what their citizens think than what their enemies know. Historically, governments prefer a blind citizenry, a practice anathema to our founding fathers (and presumably mothers). 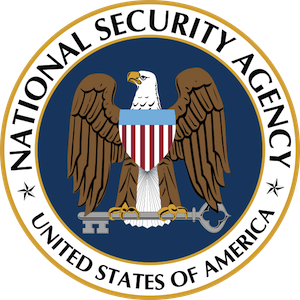 I harbor mixed feelings about Snowden, and while I seldom agree with Fox News about anything, I’m slow to tar the man. After all, what is his crime?

He revealed the NSA spies on us.

What? You’re surprised? And revealing a crime’s a crime?

Thanks to the Orwellian USA PATRIOT Acts, it may well be. All hell rained down with thus far spurious claims that Snowden will defect to China or Russia or Venezuela or Narnia. Apparently Moscow and Caracas made offers, but he turned Venezuela down and hasn’t responded to Putin. Yesterday, CBS News reported the Venezuelan offer remains open but Russia wishes to close the door on the issue. Ecuador and Bolivia remain possibilities.

I would prefer Snowden return to the US where he runs the risk of becoming either a political pariah or a cult hero. But, given the twisting of US law to declare even Americans enemy combatants, to imprison people without trial, and the sins of rendition, I’m not surprised he chose otherwise.

Despite the outcry, at this juncture there’s no evidence he’s divulged information (other than the US spies on its friends and citizens) to any outside country. I’d like to think he wouldn’t, but time will tell.

The Spies Among Us

We’re like wussy parents whose daughters spend all night out wearing less clothing than a cartoon duck, and then express shock when the girls turn up pregnant. Who do people blame when they turn a blind eye? Are we angry to learn our government has gone all-Animal Farm or are we furious another Daniel Ellsberg peeled the scales from our eyes?

Most of us in the software industry knew (or suspected) spying all along. Ten years ago our government supposedly banned the Information Awareness Office (IAO) and by extension the NSA from spying on us, yet the outsourcing contracts quietly continued. Private firms continued development. Now ask yourself this question: Does a business continue a program that has only one potential customer unless they expect to turn a profit? 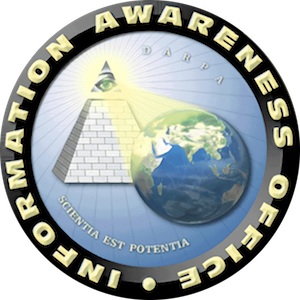 Shaping a citizenry has gone by various names such as dynamic social engineering, societal actualization, and in darker moments, ‘sheep-herding’. Three guesses who the sheep are.

Total Information Awareness was the dystopian brainchild of John Poindexter, the Dr. Strangelove of an all-seeing Information Awareness Office. For years, politicians and citizens chose to overlook his more outrageous programs such as rewards for spying against your neighbors and reporting upon your friends. Poindexter became an embarrassment to the Bush/Cheney administration, even through they encapsulated his proposals in such Machiavellian legislation as the misnamed USA PATRIOT Acts I and II.

By 2003, Poindexter’s liability grew to such political proportions, Don Rumsfeld had enough. He asked the admiral to resign over a project called Policy Analysis Market, PAM, part of a larger program called Future Map. Although PAM was conceived long before Poindexter came on board, he was credited– or blamed– and certainly confused with its invention.

The public reacted with gut outrage to PAM. Some bloggers misunderstood PAM asking “Is it outside the box or off the wall?”

Perhaps it was a bit of both, because genius usually is. I like off-the-wall, outside-the-box and those crazy, trite expressions of invention. PAM emerged from a theory of efficient markets and 'dumb agent' discovery, to wit: An international market with possibly millions of participants making thousands of decisions creates a 'price' equilibrium that portends more information than even a collective of experts.  Who knows if the notion would succeed or fail, but the concept was bizarrely brilliant.

Political fallout raged. Some called PAM terrorism futures, a catastrophe casino, a death pool, a stock market of anarchy, and even “a federal betting parlor on atrocities.” But imagine a real life Minority Report where hundreds, thousands, perhaps millions of people weigh in on a geopolitical futures market, who might be financially rewarded for participation. What could be more capitalistic than wagering on death and destruction?

Well, yeah, if it helped prevent death and destruction.

PAM began as a $2-million DARPA research project designed to test the ability of speculative markets to forecast overall global trends, not just terror prognostication, but economic, civil, political, and military indicators. Such a market might have predicted Obama’s reelection, an uprising in Libya, or that Egypt's President Morsi could be ousted, not to mention a terror attack in Boston or London.

Last month I wrote about working in New York’s financial district. As I mentioned, one of the first things Wall Street denizens learn is the stock market is emotional. It reacts, even over-reacts to every bit of news.

PAM proponents reason if buying and selling in Chicago and New York can divine prognostications from world events, why can’t we devise further predictive tools based upon reactions from the free market? Why not foster a program that could foretell regime change in the People’s Democratic Republic of Krasnovia, bankruptcy of the Duchy of Grand Fenwick, or assassination of the Marxist President of Freedonia.

Those in the know, those involved in the project like USAF’s Robert Looney and George Mason University’s Robin Hanson, believe intelligence gathered through market sources could be far more accurate and reliable than present methods, including input from experts and analysts (polls and Delphi methodology), espionage, and especially torture. Some point to a recent example of a massive and embarrassing failure of traditional techniques: the invasion of Iraq based upon a political delusion that Iraq must possess weapons of mass destruction. Advocates of PAM not only believe they could have determined the answer, but also predicted the destructive, counter-productive result of toppling Iraq.

So that’s the much-reviled Policy Analysis Market. No spying, no sleep deprivation or torture, no rendition, no violation of human rights. Just smart guessing– or gambling.
Posted by Leigh Lundin at 00:00