Jack Reacher in Killing Floor
Lee Child
A year or so ago I was reading an interview with one of my favorite authors, Tana French, and was astounded by something Ms. French said. According to her, while she was writing her second murder mystery, The Likeness, she did not know how the book would end.  She did not know, in fact, who committed the murder.  The Likeness is a favorite of mine and while it is not a classic “golden age” mystery, in which all of the clues are present and can, through deduction, lead the reader to the culprit, it is nonetheless a great murder mystery and a great read.  But the interview floored me:  How can you create such a tight mystery without knowing how it will end?

I know there has been a lot of discussion on SleuthSayers about writing with or without outlines, but on the base principle of structuring a  “whodunit” I sort of thought we were always guided by the maxim underlying an observation Francis (Mike) Nevins made back in 2005 in his speech during the Ellery Queen Centennial Symposium in New York.  Mike mentioned that people over the years have asked him how he worked out the deductive process in his stories.  Mike rolled his eyes incredulously at his audience and said “of course we know how the deduction works -- we know who did it and how they did it before we ever start writing the story!”
The incredible bravura performance of Ms. French aside, one of the most difficult aspects of fashioning a detective story is figuring out the ending and the string of clues that will tie everything satisfactorily together, ultimately pointing the reader to one, and only one, solution.  Once you have that well in hand, the rest (as Mike Nevins observed) is simply back-filling the details of the story that will lead up to your conclusion.
And generally we mystery writers are held to a very high standard.  Those deductions, the foundation on which we premise our story, better hold up to pretty strict scrutiny.  Those who read mysteries tend to be an unforgiving lot that delights in trying to pick holes in an author’s deductive process.  As a personal example, before Janet Hutchings accepted my latest story, Literally Dead (appearing in the December issue of EQMM -- plug, plug, plug), she questioned whether my solution to the “locked room” aspect of the mystery would actually work in real life.  In order to convince her I filmed the solution (I got to play Ellery, my elder son Devon drew the Sergeant Velie straw) and emailed the filmed solution to her as a download.  (Sorry.  Can’t attach a link here.  It would be too much of a spoiler!)  Only after Janet reviewed the film did she accept my story for publication.
All of which, at long last, brings me back to that quote at the beginning of this post.
Up until this winter I had never read any of Lee Child’s Jack Reacher novels.  I decided to remedy this since so many people around me were devouring this popular series.  I now have three under the belt, and I started with the first book in the series, Killing Floor.  I was happily enjoying the roller coaster ride until I came to the above-quoted language, approximately ¾ of the way through the book.  At that point I screeched to a halt.
When it comes to deduction I am a strict constructionist -- like other mystery readers alluded to above, I have to be convinced that the deduction works.  There seemed to me to be a number of things wrong with Jack Reacher’s deduction that this particular character would predictably begin circling the town in question in a series of bus trips at all.  But what bothered me most was Reacher’s (and Child’s) conclusion that he would begin this by going counter-clockwise and that there is a universal tendency for people to head counter-clockwise whenever they have a choice. So I set aside the book and started to research. 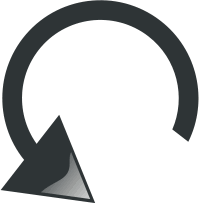 As it turns out, I was initially surprised.  There is, indeed, a counter-clockwise bias in many of our movements.  In sports, for example, all races are run counter-clockwise, and baseball is also a counter-clockwise sport.  Moreover, studies have documented that virtually all joggers, if given a free choice, will settle on a circular route that runs counter-clockwise.  After a little digging I found that Professor Watanbe Hitoshi of SOKA University in California has devoted a great deal of time studying clockwise versus counterclockwise choices.

[Professor Hiroshi] reached a point in his research where he had to decide if it was better to design stairs that you have to go down clockwise or counterclockwise. Experiments had been carried out previously and it was known that there is tendency to turn counterclockwise, for example, if you cover your eyes and try to walk straight almost always you will end up walking a little bit to the left. But Mr. Watanabe wanted to investigate more:

These three factors make our right leg . . . dominant over the left leg, which causes a tendency to turn to the left, and to be able to run faster and more comfortable in a counterclockwise direction. He also found out that:  Humans walk instinctively protecting the left part of their body (for example by putting their left part of the body nearer to walls) because our heart is in the center-left part of our chest.  Drifting to the left is basically human nature, and running in a counterclockwise direction practically an instinct.

But consider this:  Executing a counter-clockwise circular route requires a series of left-hand turns.  Indeed, Jack Reacher’s deduction concerning where he would find that missing character was premised on a supposition that the first turn the character made would be to the left.  All of that counter-clockwise research notwithstanding, an equally large body of behavioral research indicates that, given an uninhibited choice, most people at an intersection will naturally turn not to the left, but to the right.  Professor Stephen Bitgood of the University of Alabama, in his article collecting and distilling prior studies on pedestrian movement noted the following:


The tendency to walk on the right side of a path is a common finding (at least in the United States). The sociologist William Whyte (1980, 1988) has studied people’s behavior in city plazas and on city streets. Whyte (1988), in his chapter on the “skilled pedestrian,” summarized the pattern of walking on the right of city sidewalks:
Pedestrians usually walk on the right. (Deranged people and oddballs are more likely to go left, against the flow.) 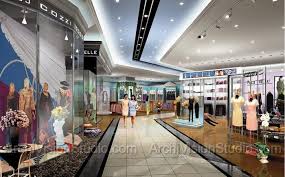 Summarizing earlier studies, Professor Bitgood also concludes that “[o]ne of the most frequently reported findings is a tendency for people to turn right at a choice point or intersection.”  Evidence of this is all around us.  Professor Bitgood notes that the right hand turn is always the easier and less energy consuming choice.  In recognition of this fact stores tend to be designed, as Bitgood notes, to allow shoppers to steer to the right upon entering.  There is also some evidence from highway studies that in cities circled by beltways the more predominant way to drive around the city is by beginning with a right turn, and then driving the beltway clockwise, not counterclockwise.  (A study by the Washington Post published just last Sunday noted differing commuting times for clockwise and counterclockwise trips on the Washington beltway.)

Bitgood also references a number of studies that have focused on museums and zoos, and by and large these have documented a pronounced tendency of visitors to enter and then turn right, although some (but not all) of the studies also indicated that the museums or zoos were then toured in a counterclockwise direction.  It has also been noted that typical grocery store design anticipates that the shopper will enter the store and turn right, usually towards the vegetables, but then circle the store counterclockwise with a series of left turns.  Professor Bitgood conducted his own study of shoppers entering several malls and found a pronounced, but far from universal, tendency of the shoppers to veer right, not left, upon entering the mall.

But let’s get back to Killing Floor.  I don’t want to end up dishing out a “spoiler” for Mr. Child’s first Jack Reacher mystery, but suffice it to say that the purported “universal” tendency of people in all circumstances to bear left, that is counter-clockwise, is a key element in Jack Reacher’s deduction concerning where he predictably will find a critical (and missing) character.  From this postulate of “universally” predictable behavior Reacher concludes that when booking passage on an inter city bus to a random location one will always pick a bus that turns left, and heads out of town on a counter-clockwise route.  But would this be the case?  Does a person choosing a bus route on a map behave like a jogger or a baseball player, or does he or she behave like a shopper in a store, or a visitor to a museum?  And what about those beltways that have more clockwise than counterclockwise drivers?  Even in Lee Child’s native England (where driving is on the left) the answer is just not that simple nor that predictable.

So here the deduction is simple for Reacher, but only because Mr. Child (the man behind the curtain), consistent with Mike Nevin’s observation, knows the result in advance.  But the deduction does not objectively and invariably flow from the evidence.  It is, in a word, far-fetched.  It would not, in the real world, support an incontestable conclusion.

Don’t get me wrong.  I enjoyed Killing Floor and the other Lee Child books that I have read thus far.  But if I structured a deductive conclusion based on a premise as suspect as Mr. Child’s, I would expect the Janet Hutchings of the world to at the least raise some very legitimate questions -- or more likely just send me one of those damned rejection notes!
Posted by Dale Andrews at 00:01