It's a commonplace that Germans don't like being reminded of their all-too-recent history, and like much received wisdom, there's some truth in it. Nobody likes it thrown in their face that they were complicit with deep human evil.  Every once in a while you might bump into some guy in a bierstube (I have) who served in the Wehrmacht, and makes no apologies for his war service, but we're talking about a soldier, not Waffen SS or some functionary who played his small part in the Final Solution. Young people, born after the war, get their back up if you mention Hitler and the Nazis, and demand why they should take any responsibility for the buried past---look at what you white Americans have done to the Negro, is the favored response. And of course there are people of a certain age who blame the Jews, for keeping the memory of the Holocaust alive, without feeling any embarrassment or even a twinge of irony. There's a victim psychology at work, resentful that they've been unfairly singled out, and tarred with too broad a brush. (This is second cousin to the enduring fiction that the French didn't collaborate with the Occupation, or that America First wasn't riddled with virulent anti-Semites and Nazi sympathizers.) "That was another country, and besides, the wench is dead." 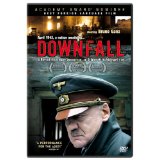 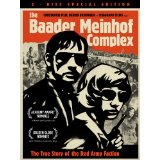 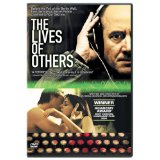 
Taken together, these three pictures don't amount to a critical mass, and nobody expects the Germans to rend their garments and beat their breasts over the crimes of their fathers, any more than you'd expect it of Americans---and everybody, let's face it, is guilty of something. The past is never a closed book. But the unexamined life, Plato tells us, isn't worth much. We don't need to be haunted by regret, or brood on the wrongs done us, or weep for the sins of men. We do require of ourselves an accounting. Choices of honor, or compromise, guilty secrets, proofs of love.
Posted by David Edgerley Gates at 00:30

Back when I was in graduate school, I had to take a class on German historiography. The teacher's whole obsession was with the East German obsession with the "stab in the back theory" - the idea that, at the end of WWI, the German people were betrayed by their own civilian government (all, supposedly, Jews) at home while their brave boys were winning the war at the front. It was a popular theory - no one ever wants to admit they lost a war (see the South re the Civil War; the US re Vietnam) - and it was easy to spread because in that pre-media age, the news that they'd lost the war came as a complete surprise. Anyway, Hitler, et al, ran with it. But here's the kicker - East German historians, were definitely still selling this theory as late as the 1980s because it "explained" how Hitler could come into power. In other words, they used it to blame the Jews instead of admitting that the German people voted the Nazis into power. I'd be willing to be that some politicians are still selling it.

Back to the movies - I thought the "The Lives of Others" was a great movie, really showing how easy, and how inevitable, betrayal is when you fly high (and not just in a totalitarian state, I'd add).

History: it serves as a marker of mistakes made, paths traveled. If we don't take a glance back, what have we learned?

Each of us, both individuals as well as countries, have dark periods, times when we did thing that, in the clear, piercing light of retrospect, make us... uncomfortable.

But, if you don't ponder the how's and the why's we are doomed to make the same errors.

David: great post. I intend to catch both of these. In a similar vein have you seen the 1990 West German film The Nasty Girl (German title: Das schreckliche Mädchen)? It's based on the true story of Anna Rosmus, who, as a young woman began to dig into what actually happened in her "idyllic" little Bavarian home-town during the Third Reich, and how those in power responded. Well worth a look.

Eve, have you read Fritz Fischer's iconoclastic book Germany's Aims in the First World War (German title: Grift Nacht Der Weltmacht)? It was required reading when I was in grad school in the mid-90s.

Fischer was a company-grade infantry officer during World War II, and wound up in a prisoner-of-war camp. When he returned to post-graduate work in the late '40s he went back to it convinced that the then-prevalent notion that the Versailles Treaty was responsible for Germany's descent into Fascism and eventual commencement of World War II (A notion that British historian A.J.P. Taylor had been peddling for a couple of years by the time Fischer published his book in 1961. Where do you stand on Taylor? Are you familiar with his work at all?). This included explicitly rejecting the "stab-in-the-back" theory. To Fischer's way of thinking the causes of German aggression in the late '30s pre-dated the Versailles Treaty.

He makes a compelling case with his book, which also bluntly and convincingly refutes the notion that Germany was somehow dragged by alliance with Austria into a war for which its military leaders had long planned, and from which its civilian leaders (including the kaiser) had long intended to profit.

And of course there's Shirer's massive and damning history of the Third Reich, which pretty much gives the lie to this notion as well.