Up, Over, and Through Walls and Fences


by Eve Fisher
In honor of the Fourth of July:

I've been investigating the "hard-core" conservative proposals for immigration reform.  I have no problem with some of proposed requirements, such as ending birthright citizenship - although my next question is, does everyone born in the US - including those born to American citizens - then have to pass the test for citizenship currently given to immigrants?  And if not, what makes you a citizen?  But others make me shake my head in disbelief, such as "English will be the official language of America."  Please.  It already is.  My grandparents on my father's side - immigrants from Greece - spoke broken English with a strong Greek accent; my father spoke both English and Greek with a strong American accent; I speak English.  Period.  That's the way it works.  Give it enough time and all immigrant children/grandchildren speak nothing but English. 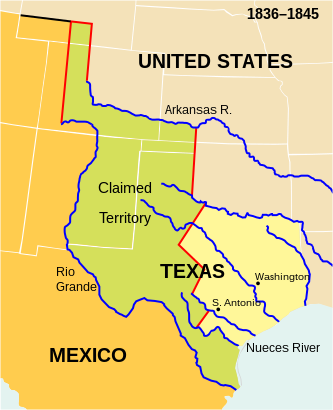 But the one that made me almost fall out of my chair laughing,  was "100% sealed border."
There is, for one, the fact of costs (suddenly we have the billions of dollars to build a fence with barbed wire, machine gun turrets and all the manpower needed to patrol it?).
There is the question of what border?  Most of the Southwest was once Mexico.  The Hispanics were there first.
And there is the simple fact of history:  There is no such thing as a 100% sealed border.  Never has been.  Never will.

We'll start out easy, with animal control, which leads, naturally, to

Australia and the Rabbit-Proof Fence - which wasn't.  Built in 1901-07 at a then-whopping half a million dollars, stretching over 2,000 miles, the fence was designed to keep rabbits out of farmland.  Although it was very well built, it didn't entirely keep the pests out - border riders had to patrol and kill rabbits that made it through, and it wasn't until myxomatosis was intentionally introduced that the rabbit population fell like a stone.  (Of course they rebounded, since the genetically immune survived, and yet another virus was introduced in the 1990's.  I'm waiting for the next virus to be sprayed upon the bunnies.  Peter Rabbit is tough, folks.)  The unintended consequences? Well, the aboriginal peoples didn't appreciate it, since it disrupted their wanderings, as well as disrupting migration patterns of emu, kangaroos, etc.

On to the obvious: 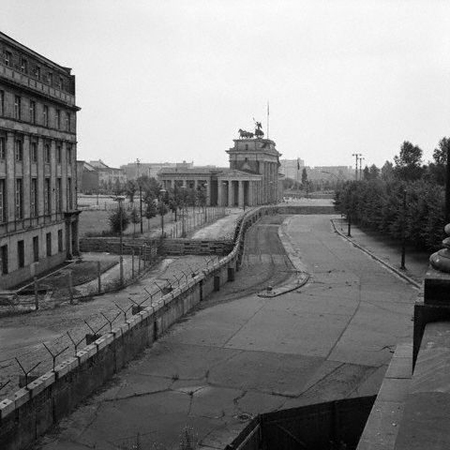 The Berlin Wall.  Now THAT was a wall:  it had thick concrete walls, barbed wire, anti-vehicle trenches, and - most importantly - guards stationed in towers with machine guns.  Although the number of deaths is disputed - Wikipedia lists by name 136 people, confirmed to have been killed, of whom 97 were shot; Checkpoint Charlie Museum lists 245 deaths, including suicides, the Cold War equivalent of DBC (death by cop) - the plain fact is that the East German guards had orders to shoot to kill and carried those orders out.  Not only that, but if you were only wounded, the guards would leave you to bleed to death and shoot anyone who tried to help you.  The number of Good Samaritans quickly became nil.  This was a tough wall. 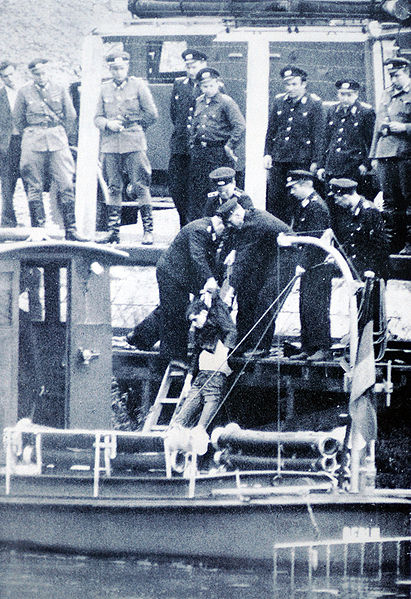 : despite the fact that you could and would get shot if you got caught crossing the wall - up, over, around or through - at least 5,000 people did.  From Wikipedia:  "East Germans successfully defected by a variety of methods: digging long tunnels under the wall, waiting for favorable winds and taking a hot air balloon, sliding along aerial wires, flying ultralights, and in one instance, simply driving a sports car at full speed through the basic, initial fortifications. When a metal beam was placed at checkpoints to prevent this kind of defection, up to four people (two in the front seats and possibly two in the boot) drove under the bar in a sports car that had been modified to allow the roof and windscreen to come away when it made contact with the beam. They lay flat and kept driving forward. The East Germans then built zig-zagging roads at checkpoints. The sewer system predated the wall, and some people escaped through the sewers."

When people are determined enough, they're gonna get through.  And there's something about walls that bring out that determination. 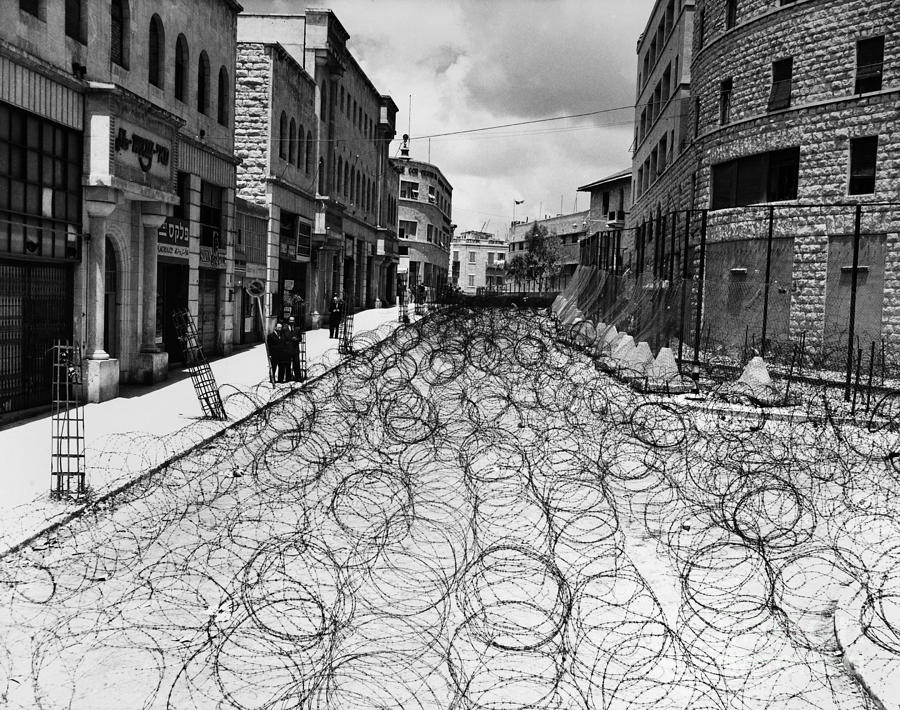 Think about Jerusalem.  In 1948, a barbed-wire and concrete fence ran down the center, dividing it - half of it, including the Old City [with Wailing Wall] under Jordanian control, and the rest under Israeli control.  It stayed that way until the Six-Day War of 1967, when - after Jordan joined forces with Egypt despite Israeli pleas for them to stay out of the war - Jerusalem was reunified under Israeli control.  But if you think the fence was 100% sealed during those 19 years...  let me assure you it wasn't.

And of course, today, there's an "Israeli West Bank Barrier" which, when completed, will run about 430 miles.  Most of it is steel fencing with trenches; some of it is a 26 foot high concrete wall.  The Israelis say it is a security measure, built to keep out Palestinian terrorists, suicide bombers, etc., and I believe them.  The Palestinians say it is a way to keep them in poverty and to redraw the map of Israel, and I believe them, especially if you redefine "poverty" as "under control". Does it work 100% to keep Palestinians on their side of the fence?  I sincerely doubt it.  The unintended consequences?  See below:

The simple fact is that any wall or fence that keeps people apart is seen, sooner or later, as a bad thing.  The sympathy level for the Palestinians - despite their avowed dedication to the destruction of Israel, suicide bombers, etc. - is steadily growing, thanks to the Israeli West Bank Barrier.

People don't like fences.  Or walls.  There is no such thing as a 100% sealed border, even if you are willing to shoot to kill to keep people (or animals) out, which I doubt the United States will do.  For one thing, even if we do have armed guards with orders to shoot to kill, what happens after the first child is shot?  I feel certain that, if we do build a 700 mile fence/wall with guards and guns, while it will cut down on the sheer numbers who cross the border, there will be ever-more inventive ways to breach that fence/wall.  Great story ideas are coming, folks.  Let's just hope that, whatever they are on the page, in real life they're more humorous than tragic.

Disclaimer:  I am an immigrant myself, as you know - brought over when I was 2½ as an adoptee, and naturalized by my adopted parents, who were both American citizens.  That's one path to citizenship I hope is never eliminated.
Posted by Eve Fisher at 00:01