by Dixon Hill
I’m busy today, so I’m stealing a page from Leigh’s book on Florida News, but crumpling it up my own way. 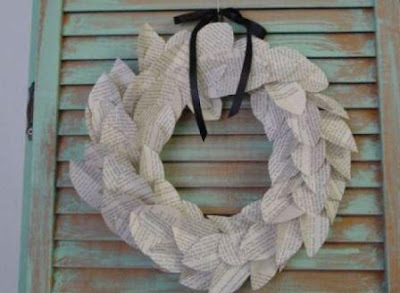 I’m sometimes rather disappointed by television news. Many of the stories are interesting – at least on network evening broadcasts – but, with the exception of the NewsHour on PBS, I find most stories seem to get a bit short-changed.

Few bits, however, are less informative than the “crawl” on the morning news broadcast of a local station here in The Valley of the Sun.

The “crawl” I’m talking about, of course, is that strip of text, which slides slowly by along the bottom of the screen, as an anchor or reporter covers the day’s stories. It doesn't often have much to do with the story being reported, but is instead, I believe, supposed to serve as a sort of televised headline, letting folks know what major stories have transpired since the last news broadcast.

Evidently the idea had its origin with the thought that some viewers might tune-in after a major story had already been covered, and the newscasters wanted to be sure all viewers got at least a clue about what happened.

At any rate, that’s how the crawl seemed to make its debut.

And, these days, I’m hard-pressed to find a televised news broadcast that doesn't include a crawl. Even sportscasts tend to have recent game scores sliding inexorably by along the bottom of the screen.

On that local station I mentioned earlier, however, the crawl is something else entirely.

Well, I’m not sure. But, I think it might be some form of odd advertisement.

Either that, or maybe somebody at the station has a problem that needs immediate attention.

Items entered in the crawl, on this station, tend to be completely disassociated with any reality that I’m familiar with. Often barely complete sentences, they usually fail to provide important information, almost invariably leaving a reader to fill in the blanks.

Here are just a few examples, gleaned over a recent period:

The dog was found in a car at a downtown Phoenix Circle K. 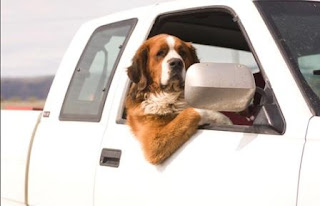 This begs the question: “Which dog?”

Was it this dog, or that one?

And, I’m confused: What was going on that caused its being “found” to be important? Was the dog missing, or did he do something wrong? Were the police searching for this dog, because it had committed a crime? Assaulting a Post Office employee, perhaps?

Maybe s/he (we don’t know the gender) was a circus dog with special training; perhaps s/he was driving the car, but when police tried to pull him/her over s/he sped away, only to stop at a local Circle K, with tongue lolling. Is that what happened?

Perhaps there was no dog. Maybe a woman with an abrasive personality was found in a car at a local convenience store (that’s what a “Circle K” is, for those who don’t know), and the witness who relayed events to the reporter described the woman in unflattering terms, and the reporter misunderstood what the witness said, thus concluding that a dog had been in the car instead of a woman.

I don’t know. There was no story about ANY dog, that I saw, on that morning’s broadcast. On the other hand, I didn't see any stories about a woman being found in a car, either.

The family was living in a rented home, when it burned down according to Mesa Police.

No, I can’t tell you anything about this family. There was no story on the broadcast about a home fire, or a family that had been burned out by one. Not even the Mesa Police showed up on the broadcast – even though the way the sentence was written, it would almost appear that the police have been implicated in arson.

The car fire has been extinguished and the city says the intersection will be open at 10:00 am today.

Thank god this one was posted on a different day, or I might have been led to believe that the family above was living in their car. I wonder what intersection was closed for awhile?

Tito said Thursday, baseball’s drug agreement could be undermined by leaks to the media about whether players are cooperating with an investigation by the commissioner.

THE Tito? The one who used to rule Yugoslavia?

Or, is one of Michael Jackson’s brothers perhaps involved in baseball negotiations?

And, just which drugs are they all agreeing to take, here?

The man and a woman approached an apartment near 29th Avenue and Camelback road, drew a gun and demanded to talk to someone they believed was inside.

At least this one gave me a good visual. I mean, whoever opened that apartment front door must have been wearing a mighty surprised face.

“The man and a woman … drew a gun…” Well, that must have been awkward. Did they both reach into the top of his pants (or inside her jacket) at the same time? And, which one is left-handed? (I would think that’s an important consideration when two people are drawing the same weapon.)

I can’t help wondering: Why is it “THE man”? I read that, and I get the idea I should know who this guy is.

And, why is he with “A woman”? That makes it sound as if there’s a certain distance between the two. Maybe they had an argument over breakfast that morning. Or, maybe they just happened to approach the apartment at the same time. After all, it doesn't say, “The couple approached…”.

The latter is doubtful, of course, because: How could two people know to draw the same weapon at the same time, if they’d never previously met? Drawing a weapon together, it seems to me, connotes a fairly intimate relationship.

Conversely, perhaps the reporter was simply being chauvinistic. “THE man and A woman… yeah, that’s how it should read! Gotta keep those women in their place(s).” To wildly misquote Rudyard Kipling: “The man is THE MAN, a woman is only a woman, but a good cigar is a SMOKE!”

The President of Chattanooga State Community College said he didn’t know Federal Wildlife agents would kill the geese they removed from the campus.

As long as the geese were removed from the campus of Chattanooga State Community College at the behest of the school president, I think this one almost gets the green light.

Well, certainly Chattanooga State has a very pretty campus – even including a river walk – but, I can’t help wondering why residents in the greater Phoenix-Mesa-Metro area of Arizona would be interested in the ignorance of a guy who heads-up a small school in Tennessee.

On the other hand, Chattanooga is a fun word to write -- so maybe that’s why it wound up in the crawl this morning.

And, the geese– approximately 100 of them– were actually removed from the college campus, last week, and subsequently put down because no alternate location could be found for them. I know because I googled it. 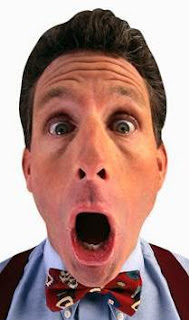 And, that’s what makes me think this whole thing may be nothing but a form of advertisement.

I strongly suspect my local news station is putting incomplete and puzzling stories on their morning crawl in an attempt to make me google the story – hopefully including their station identifier in the info I type into google – as a way to drive more readership into their website.

If so, the plan is brilliant in its conception, and confusing to the end!
(Note: No dogs, bow-tied men, or books were harmed in the writing of this blog post.  And, I'm not the one who did-in the geese.)

See you in two weeks,
Dixon
Posted by Dixon Hill at 00:00