Portrait of a man who never lived

A few months ago I wrote a piece here about Rex Stout's most famous characters and I included wonderful illustrations of Nero Wolfe and Archie Goodwin.  I have since discovered that they are both the work of professional portraitist Kevin Gordon. 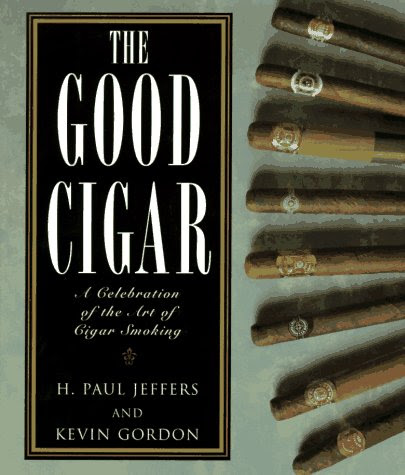 I have been in touch with Kevin and thought you might enjoy some of what he had to say.  Before he gets to talk I wanted to mention that he is a second generation portraitist (ain't that cool?) and the author/illustrator of many books.

All right.  With no further ado:


Since painting people is my profession, as you've apparently seen from my website, I always thought it would be fun to paint Mr. Wolfe. But, all I had was my own mind's-eye version and I'm used to flesh-and-blood models.

So I corralled a fellow who had the requisite bulk, posed him with the required props and painted away. The face is strictly my own invention, since he didn't actually LOOK like Wolfe to me. But he was game, and I probably saved his life, since being told you resemble Nero Wolfe comes with a certain stigma and he lost about 90 pounds since he posed for me.


The original hangs on my dining room wall, glowering at my wife and I as we enjoy her Fritz-quality meals, until it finds a more appropriate and profitable (at least for me) home.


Both Tim Hutton and Bill Smitrovich (who played Archie and Cramer respectively on the A&E series) have the prints on their walls, as does Rex Stout's daughter Rebecca...

With Kevin's permission  I am including another of his works whose subject you may find familiar.


I read my first Sherlock Holmes story when I was ten. I remember it clearly. It was an assignment for English class; “The Boscombe Valley Mystery”. I was hooked and then delighted to find out there were fifty-six more stories and four whole novels.  I read every one in order and then I read them again. Imagine my excitement when I found out they actually made movies about Holmes. Wow! Of course they were the Basil Rathbone features, so except for The Adventures of Sherlock Holmes and The Hound of the Baskervilles, the others were a little disappointing having been set in “modern” times, especially with Rathbone’s inexplicable upswept hairdo.  A thorough examination of Conan Doyle’s life followed and I’ve been a devoted Sherlockian ever since, having made the pilgrimage to Baker Street several times.

As for Rex Stout, the first story I read was in 1990. It was “Christmas Party”, in an anthology called Murder for Christmas and I got the same feeling I had as a ten year old with Holmes. I decided I’d better find out how it all started and began reading the Nero Wolfe stories in order. With Fer de Lance, I was off and running and read all the stories in order, which wasn’t as easy as with Holmes because there was no single volume which contained all the tales. Surely, I thought characters and stories as wonderful as these must have sparked some sort of fan club, like the Baker Street Irregulars, and that’s when I found the Wolfe Pack, and through the Pack, the Stout family. I spent a delightful afternoon at High Meadow with Barbara Stout and Liz Maroc and later with Rebecca Stout Bradbury. (Stout's daughters and (Liz) a granddaughter.)  Eating lunch at the same dining room table at which Rex Stout regaled his family with the witticisms that Archie had uttered that day, and then sitting at the desk upstairs where Stout actually created them was certainly a thrill for a ten-year-old middle-aged man.

I asked Kevin how he paints a person who doesn't actually exist.

Of course, painting a person I see only in my head poses a different problem than painting the chairman or president that’s sitting in front of me.  With Wolfe, it was more of a feeling that I tried to convey rather than his precise features. I suppose I could have used a photo of Orson Welles or someone like that, but I wanted Wolfe to be unrecognizable as anyone but Wolfe. That’s where an artist’s imagination and knowledge of the human face come in handy. The representation is how I feel about Wolfe. In all honesty, it’s still not exactly how I picture him, but it’s close enough.


As for the little head I did of Holmes that’s on my website, I used the photo of Sidney Paget’s brother Walter as my reference, because I felt that if Walter was a good enough model for Paget, he was good enough for me. I also find it interesting that Conan Doyle thought that Paget’s illustrations made Holmes too handsome and that in his own mind’s eye, Conan Doyle saw Holmes as rather ugly and that he resembled what he quaintly called a “red Indian”.


The question has also come up how I know when I’m done painting a picture, I agree with Leonardo Da Vinci who said “A painting is never finished, only abandoned.” An artist friend of mine put it this way: “It takes two people to paint a picture; one to do the painting and a second one to hit the first one over the head and make him stop.”


I guess Kevin paints real people for a living and fictional ones for fun.  He certainly does them both well.
Posted by Robert Lopresti at 00:01