As you probably know, most of us at this blog like to read mysteries, write mysteries, and talk about mysteries. Why else would we call ourselves sleuthsayers, right?

Some of us occasionally enjoy reading and writing in other genres as well--fantasy, Western, sci-fi, romance, horror, etc. And sometimes even in that hard-to-describe-but-I-know-it-when-I-see-it category that's not a genre at all: literary.

At the time of this writing, I'm lucky enough to have short stories in the current issues of two publications: Woman's World (March 18, 2013) and The Saturday Evening Post (March/April 2013). They are vastly different markets, in content and format and just about everything else. WW is easy to find, has been around for a long time, and publishes 104 stories a year--one mystery and one romance every week. The Post is hard to find (I located a copy only yesterday of the issue that contains my story), has been around for a very long time, and publishes (I think) six pieces of fiction a year. And my two stories are as different as the two magazines. My 700-word WW mystery is a lighthearted whodunit with series characters, while my 2600-word SEP story deals with relationships, loss, and hope, and features a protagonist who "changes" as a result of what he sees and learns in the course of the story. By definition, I suppose the first one is genre and the second one is literary.

The thing I'd like to focus on, though, is that my SEP story follows a structure that I've always liked, and that I've occasionally found handy to use: it's a frame narrative.

I think of frame stories as those that are told by one character to another, and that create a story within a story. The first (I'll call it the "wraparound") story is begun in the present, then takes the reader into the past, where the second (main) story is told--often in its entirety. I sometimes picture the second story as a really long flashback. When it finishes, the reader is brought back to the present, and the first story then ends as well.

In Stephen King's The Green Mile, the wraparound story involves the protagonist as an old man in a nursing home who tells his friend a long tale about a life-changing incident that happened to him as a young prison guard. The "main" story takes place sixty years in the past, and when it's completed the wraparound story picks up again, at the nursing home. By that time the reader, who has been "listening" to the narrative along with the friend, has now come to care deeply about the lead character as both a young man and an old man, and wants to hear "the rest of the story." In my opinion, framing the book in this way made it a more effective, satisfying, and memorable novel. It also allowed the writer to tell two stories in one, and to reveal a couple of big surprises at the end that were set up in the middle.

Other examples of novel-length frame stories are Wuthering Heights, Frankenstein, Ethan Frome, and The Princess Bride. Short stories that come to mind are Kipling's "The Man Who Would Be King" and Stephen King's "The Last Rung on the Ladder." 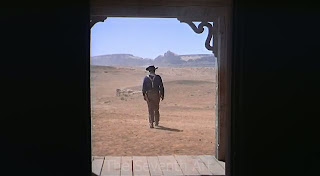 Another reason I think frame narratives can be successful is that they demonstrate the time-proven technique sometimes called a circular ending or a full-circle story. This happens when the story or novel or movie begins at a certain place or with a certain scene or event, and then ends either in that same physical location or with the characters performing that same activity. Why does this always seem to work well? Who knows. Maybe it goes back to the traditional "hero's journey" structure, where the protagonist leaves his familiar routine, embarks on his quest for adventure, confronts his enemies, and eventually returns--a now older and wiser person--to his routine. Or maybe it's because we as readers and viewers silently yearn for a sense of order and logic to our daily lives and endeavors, and (by extension) to the fictional stories that are supposed to be a metaphor for those lives. The circular ending just feels right. 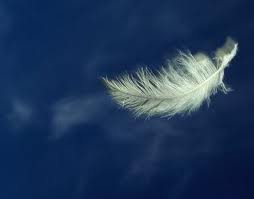 Examples of these full-circle storylines: The Wizard of Oz (opens and closes with Dorothy at the farm), The Searchers (starts and ends with the view of Monument Valley through the open cabin door), To Kill a Mockingbird (Atticus Finch's house), Lonesome Dove (the town of Lonesome Dove, Texas), The Lord of the Rings (the Shire), Pulp Fiction (the same L.A. restaurant), Shane (the little boy watching the gunfighter approach/disappear in the distance), While You Were Sleeping (the train station), Escape From New York (Liberty Island), The Natural (starts with the little boy playing catch with his father, ends with the grown-up boy playing catch with his son), Forrest Gump (the white feather blowing in the wind), High Noon (Will Kane and his bride, standing together with the whole town watching), and many others. Not all stories that have circular endings are frame narratives, of course, but all framed narratives have--at least to some degree--circular endings.

When should a frame story be used?

Again, who can say? I suppose it should be used anytime it might add to the impact or clarity of the story. (Introducing a character as a narrator is effective even when "framing" isn't used.) Another way to look at this is to ask a related question: When should you use bookends? The answer might be "Use them whenever what they support can't stand up on its own." If a before-and-after story can "prop up" another story set in the past, the frame-narrative technique is probably a good option. Also, the project of course has to be long enough to be able to sustain a second storyline.

Over the nineteen years that I've been writing for publication, I've probably used frame stories a dozen or so times. In each case, I felt that it added depth to the story in a way that I couldn't accomplish otherwise--although a more talented writer might have been able to do it with a single storyline.

Have any of you used this approach with your own novels or short stories? Have you noticed or approved of its use in the fiction that you've read? Would you be willing to use it in future projects if you feel it might help?

I consider it just another item in my writer's toolbox, ready and waiting in case I need it. You can never have too many of those.
Posted by John Floyd at 00:01