Sleuth Sayers have addressed the subject of rejection several times in the past.  It’s painful, and even the most successful authors have been (and are) rejected (and dejected) at times during their writing careers. 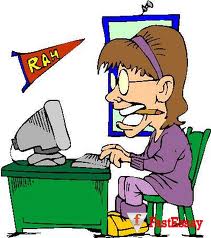 Personally, I’ve been blessed with a fairly easy road to publication.  I began submitting magazine features while still in my teens, and most of them were accepted.  The ones that weren’t brought encouraging letters rather than form dismissals.  When I completed the first Callie Parrish mystery, I found an excellent New York agent who was able to place that book with the Berkley division of Penguin in a great deal with an advance and contract for two additional books, but I’ve recently begun writing and submitting an occasional short story.  Rejection HURTS!


Rejection has been dealt with very well in SS, however, so today I’ll focus on an issue that’s just as excruciating at times—reviews.  My present publisher for the Callie books is wonderful, and the publisher of my pen-name efforts is almost as accommodating, but neither can protect me from that curse of the Internet—the occasional bad review. 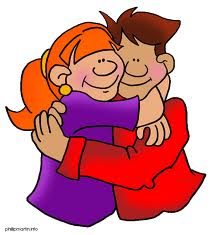 Most of Callie’s reviews are and have been positive. She’s a little extreme, her vocation is unusual, and her friend Jane is atypical.  What this means is that most readers either like her or hate her and thankfully, those who hate her don’t usually bother to post reviews, but some do.  When I read the reviews from those who love Callie, I want to seek them out and give them all great big hugs.  When I’m interviewed on radio or television and the interrogators obviously like Callie, I want to take them home and cook them a fine southern dinner (and then hug them).


Recently, I Googled myself and read reviews going back to the first Callie in 2007.  Most of them made me think warm, fuzzy thoughts.  Those who bad-mouthed me, my writing, or my characters, did, however, create in me a strong urge for reaction. If the criticism was constructive, it made me consider changes. If not, it made me want to respond.  I don’t want to harm them, but I feel compelled to ANSWER them!


Prior to suggesting how to handle that feeling, I want to share two negative reviews with you as well as what I would say if I were foolish enough to try to answer them,


My favorite (or should I say least favorite?) bad review of all time:


I don’t read books about or by stupid, uneducated people.


My response to that is, “Are you insulting the University of South Carolina where Callie received her BA in Education or me personally or the universities where I earned two Master’s degrees?”  Then I read the next part.


I hated the first book, and I didn’t like the second one either (Hey Diddle, Diddle, the
Corpse & the Fiddle.)


My reaction:  “If you hated the first one, why did you buy and/or read the second in the
series?  If ‘stupid’ were a word I used, I’d say it describes those actions.”

My next least favorite review is over a page long and compares the Callie being reviewed to the second and third books in this series.  Actually, at that time, the new one was the third. (Gross error tends to discredit opinions.) It continues by saying that Jane feels entitled because she’s short, blonde and blind.  Jane is taller than Callie (5’4”) and a natural red head.  The only thing right in that sentence is that Jane is blind.  Callie talks too much. Callie books are first-person narrative.  If she doesn’t talk, there’s no book.  Same review says there are too many men in the series—Daddy, MANY brothers, TWO male bosses, and a former BF who is a Dr. @ the ER.  My response to that is to remind the reviewer that he/she (can’t tell from the initials) left out the sheriff, who is also male. Of course, the review mentions Callie’s use of “puh-leeze” and “ex-cuuze.”  I admit that was overdone in the first books, but I’ve toned it down recently. What I object to is that the reviewer accuses Callie of saying “looooooooooooooove” and a few other words that aren't stretched out in any Callie stories.


This same reviewer dislikes Callie barfing when she's frightened, then calls Callie a nauseating Southern belle.  The review closes with Get rid of Jane and the other problems in these books, and I might/could read another Callie Parrish mystery.

How do I deal with a review like that?  Do I even want this person to read another Callie Parrish mystery?  I remember that I'm a professional and a lady.  I imagine myself purchasing  expensive linen stationery and responding through the mail in my finest cursive handwriting.  I've gone to great effort to locate the perfect clipart of that reply and you are welcomed to mentally mail this to anyone who deserves it.  Do remember that the message on this clip is directed ONLY to the above reviewer and not to other reviewers nor to SleuthSayer writers or readers.  Please scroll down to see that perfect clip.