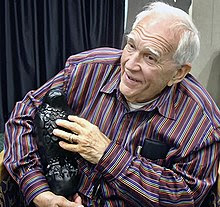 I have been thinking about Joe Gores this week for reasons I will get to later.  Gores was in a special category of mystery writer along with Dashiell Hammett, Joseph Wambaugh, and come to think of it, John LeCarre. These were people who took "write what you know" seriously, because each of them had done the crime-solving job they wrote about.

Gores wrote a series of short stories and novels about DKA, the Dan Kearny Agency, a San Francisco firm that specialized in repossessing cars.  Inevitably the novels usually involved murders -- although Dan Kearny was firm that his people shouldn't be wasting their time on mere homicide when their importantant task was to get that car. 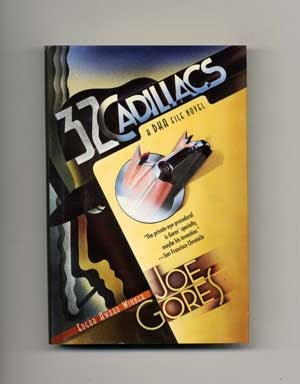 Gores had done that work for years himself in a similar agency.  The bizarre people he met gave him plenty of material.  I remember him describing a minister who would drive the overdue car to his church when he went to preach, but would leave his baby in the back seat, so the repo men couldn't touch the car.  Nowadays, of course, they would just call the social workers and get the kid removed, but those were less enlightened days.

My favorite book in the series is probably 32 Cadillac (1992), inspired by an actual event in which a dying Gypsy or Roma leader got his family to swipe the titular cars for his funeral.It is hilarious, suspenseful, and a lot of fun.

Now, the reason I was thinking of Gores was an article I read in Bloomberg's Businessweek.  (Unsolicited testimonial: there are probably budgerigars who care more about business news than I do, but I find this magazine consistently interesting, surprising and brilliantly designed.  Their election issue, a few weeks ago, was amazing.)

The article by Matthew Teague, entitled Dude, Where's My Yacht?, is about an inevitable fallout of the Great Recession.  People who got rich in the housing or high tech bubbles found themselves not as rich as they thought they were and become the targets of crews who specialize in repossessing private jets and luxury yachts.  I guess that makes the rich defaulters job creators.  (Rimshot)

Cage's office manager, for example, is a bright, tough woman named Glenda Shelton.  When she's tracking down a vehicle on the phone she becomes "Stacey," an effervescent. bleached-blonde giggler deeply curious about big-ticket modes of transportation.  At one point, Cage needed to verify the location of an obscure plane and knew a direct approach wouldn't work; airport operators, protective of their rent-paying clients, don't like to give out information.  But when talking to Stacey, met tend to feel superior and drop their guard.

"The airport official thought a moment.  "Snoopy plane?" he said.  Then he burst into laughter.  "You mean that Beagle?  Oh, man."

Gores didn't write that particular scene, but if you read his novels you will find that essentially he did.

One more interesting thing about Gores.  In one of his early novels Dan Kearny runs into a man he recognizes as a robber named Parker.  Parker is busily planning a heist and gives Kearny the information he needs, essentially to get him to leave.

Now, in Plunder Squad, by Richard Stark (alias Donald E. Westlake) the robber Parker is planning a crime when he runs into P.I. Dan Kearny -- it's the same scene from the other character's point of view.

A decade later the friends did it again.  In 32 Cadillacs one of Kearny's employees traces a car that was stolen by the Dortmunder gang.  In Drowned Hopes the gang is astonished to have their stolen car repossessed.

But here is where it gets interesting.  In Westlake's Jimmy the Kid, Dortmunder bases a caper on the novel Child Heist by Richard Stark.

So (take a deep breath) In Drowned Hopes Dortmunder meets a man whose boss has met a fictional character.

Makes you think your senses have been repossessed. .

D'accord. One of my early Criminal Brief articles mentions gypsies and Gores' 32 Cadillacs, an excellent and edifying novel. I'm fascinated to learn the interaction with Westlake!

I love rabbit holes like that! I'm a huge Hammett fan, so now I'm going to have to check into Gores. Thanks for the post.

Interesting how the writing world goes round and round, with fictional characters moving into another author's world. It can be fun.

I haven't read Gores, but love Westlake's DROWNED HOPES, one of the best of the always hilarious Dortmunder novels. Last night at the movies, I saw a trailer for a movie called Parker. It looks like it's based on Stark alias Westlake's character. Has anyone heard any buzz, in terms of movie fidelity (or not) to the book(s)?

I'm crazy about Westlake but haven't read Gores--although I've seen some quotes by him in writers' guides.

Liz, I'm glad to hear about a possible upcoming movie about Parker. That's news to me. (Come to think of it, didn't Mel Gibson pay Parker in Payback, ten or fifteen years ago?)

Redeal. That should have been Didn't Mel Gibson PLAY Parker. Not PAY Parker. Good grief . . .

Good news. PARKER (due in 2013) is based on FLASHFIRE by Richard Stark, although the brief plot description sounds more like THE HUNTER, which was the basis for POINT BLANK and PAYBACK. It stars Jason Statham, who seems like a good match. FLASHFIRE was a good one, by the way.
http://www.imdb.com/title/tt1904996/

By the way, Mel Gibson did NOT play Parker. He bought the rights to remake POINT BLANK and was quite startled that that included "the right to make the main character a ballerina if he wanted" as I recall Westlake explaining, but NOT the right to use the name Parker, because the producers of POINT BLANK hadn't bought that. So they called Gibson's character Porter. Westlake informed us that Porter by definition is fatter than Parker.

R.T., according to Rex Stout, Ian Fleming wanted to co-author a book in which Wolfe met Bond. Stout turned it down because "Bond would have gotten all the girls."

Thanks, Rob! I stand corrected.