Our home, at the moment, is a bachelor pad.  Yes, it's true that I am married and have been for forty years--but my wife's out of town for a couple weeks, and I've been left to my own devices.  As of this writing, it's been ten days since her departure, and so far I have (1) read most of a novel and a dozen short stories, (2) written a story of my own, (3) watched five movies and a lot of series-on-DVD, and (4) consumed nine TV dinners and two lunch specials at a nearby pizza place.  What I haven't done is wash many clothes or dishes, but hey, I haven't yet had to use a lot--and besides, I've got several more days before the boss returns and does an inspection.

The best thing about all this couch-potatoish activity is that most of it has fallen into the mystery/suspense category.

The short stories I've read this week were actually re-read, from two of my favorite collections: Little Boxes of Bewilderment by Jack Ritchie and Small Felonies by Bill Pronzini.  Bewilderment features thirty-one mysteries by one of the true masters of the short story, and Felonies contains fifty (count 'em, fifty) mystery short-shorts.  Every tale in both books is delightful, and some are brilliant.

The novel I've been reading is also a re-read, and even though it's not a mystery it includes a hearseload of suspense and mayhem.  It's Stephen King's Wizard and Glass--I'm giving it and Wolves of the Calla a second go-round because I recently finished his fairly new The Wind Through the Keyhole, which is positioned between W&G and WOTC in the Dark Tower series.  (Dale, I am once more on the path of the Beam, thankee-sai.)  For those of you who are not familiar with Roland of Gilead and his In-World adventures, Wizard and Glass is--like all of King's novels--well-written and packed with action, although it's a strange kind of action: the novel might be best categorized as a fantasy/Western/romance.  And I was pleased to find that revisiting it has been as much fun as reading it the first time was, years ago.

At the top of my to-be-read stockpile of novels are A Wanted Man by Lee Child and Winter of the World by Ken Follett.  I bought both of them the other day and will get to them as soon as I finish my return to the King.

My movie and TV viewing this past week has also been mostly mystery/crime/suspense: Man on a Ledge, Lockout, Get the Gringo, Headhunters, Safe House, and the second season of HBO's Boardwalk Empire.  Sadly, none of these are what I would call top-notch except for Boardwalk and (if you don't mind subtitles) Headhunters.  Just for the heck of it, I also re-watched the pilot episode of Lost--probably the only network series of the last ten years that I've really enjoyed.

Lest I mislead you, though, the movies I've mentioned were viewed not in a proper theater but in my home theater, and from the comforting depths of my recliner--and all of them (the TV shows as well) either arrived in a red Netflix envelope or were streamed in via Apple TV.  Give me those conveniences and a snack and my remote and my pair of wireless headphones, and I'm a kid in a candy store.

Next up in my movie queue are Touch of Evil, A Kiss Before Dying, and the U.S. (2011) version of The Girl With the Dragon Tattoo. 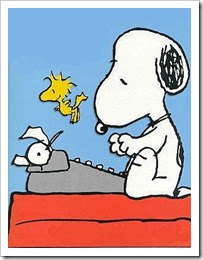 The short story I wrote this past week is a 3200-word mystery called "Secrets: A Ferry Tale."  It's sort of a Strangers on a Train kind of story with a different mode of transportation.  It's also the first piece of fiction I've ever written whose title has included a colon--but the truth is, I couldn't decide between the two titles and this was a way to use both.  (I've always been more devious than smart.)

Like so many of my shorts, the rough draft for this one happened fast, within a couple of hours, and then I spent the next two days rewriting it.  I wish I could do as some of my writer friends do, and pop stories out of the oven fully baked, but with me it just never works that way.  My babies are usually ugly, so I do a lot more rewriting than writing.  The good thing is, the revision stage doesn't bother me; I'm one of those crazy people who actually enjoy the act of trying to polish a story until it shines.

I also sold another mystery to Woman's World and came up with ideas for two more--those are not yet written down, but they're fully formed in my head and awaiting birth.  Now that "Secrets" is finished and languishing on my hard drive, I'll type the two short-shorts up in the next few days and start the editing process.

I'll also start the housecleaning and dishwashing process.  Before the return of my better half I'll probably even make the bed, water the plants, and mow the lawn.  (I might be crazy, but I ain't stupid.)