by Dixon Hill
A while back, here on SS, there was a bit of a question concerning the meaning of the term potboiler.  Was it a term you wanted applied to your story, or not.

I found this interesting, because I've long been of two minds about the word potboiler.  On the one hand, I knew it could be pejorative. But, on the other, I seem to recall seeing it used in descriptive praise for some suspense works.

So, I began to wonder: Does potboiler have two meanings?  Or only one?  And, what is -- or are -- the word's defining terms?

To begin my search, I pulled my old friend, Webster's Encyclopedic Unabridged Dictionary of the English Language, from atop the pile of books littering my desk.  This wonderfully humongous tome, which my daughter uses to press flowers (and I sometimes use as a doorstop, since I bought it at a garage sale for five bucks!), was published in 1996, and defines potboiler as "a mediocre work of literature or art produced merely for financial gain."

Calling something mediocre is not terribly complementary, but that was in 1996.  English is far from a dead language.  It continues to morph and grow into new forms, sometimes adding definitions or nuances to previously familiar words and phrases, as usage changes over time.  So, I checked out some contemporary definitions in online dictionaries.

Mirriam-Webster online dictionary defines potboiler in much the same way, except that it replaces the word 'mediocre' with the phrase 'usually inferior', which would seem to make this definition even more derogatory than my Webster's.

The definition under Dictionary.com precisely matched that of my old Webster's, while The Oxford Dictionaries Online defined potboiler as "a book, painting, or recording produced merely to make the writer or artist a living by catering to popular taste."

The idea here is that potboiler refers to some type of food that can be tossed in a pot and left to boil – such as a stew that might feed a person for several days if properly maintained.  Thus, a potboiler piece is something an author writes so s/he can buy food, thus avoiding starvation when later writing something higher brow.  Lewis Carroll may have used the term, in just this manner, when writing a letter to A.B. Frost in 1880.

But, I was still left wondering about my recollection of seeing potboiler used as praise on some book jackets. Googling the term potboiler, however, eventually led me to an Amazon webpage entitled: Books: Mystery, Thriller & Suspense – Potboiler

Surely, I thought, Amazon wouldn't categorize any of its stock as being mediocre.  And, indeed, the books listed didn't look all that mediocre.  They included several rather well-known or popular mysteries. Among them: Who Censored Roger Rabbit? by Gary Wolf, the cult sensation that was loosely translated into the film Who Framed Roger Rabbit?

Now, this list matched up with my previous impression: that potboiler could also refer to a suspense novel wit a plot bubbling under constant tension -- like a stew pot with the lid securely fastened, though left on HIGH.  A sort of pressure-cooker plotline, in which tension keeps building until the id blows off near the end.

One online retailer, however, can hardly be counted as a trend when it comes to altering the lexicon. So, as I often do when faced with a problem ...

I headed for the cigar store.

P.S. Two weeks ago, I told you about the dust storms around here.  Here are pics my wife took.  These are pretty small storms, this year.  But, it gives the uninitiated an idea. 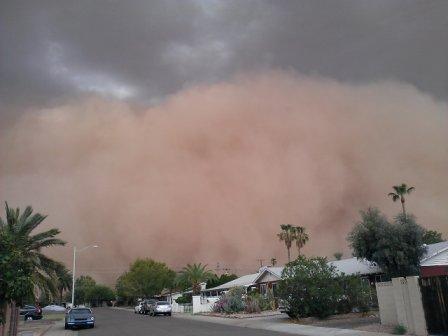 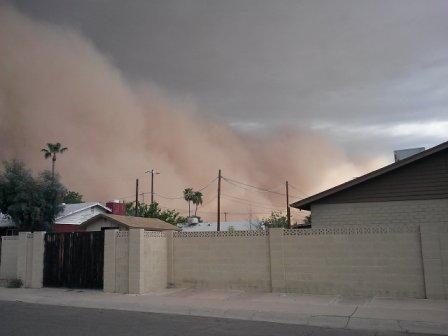 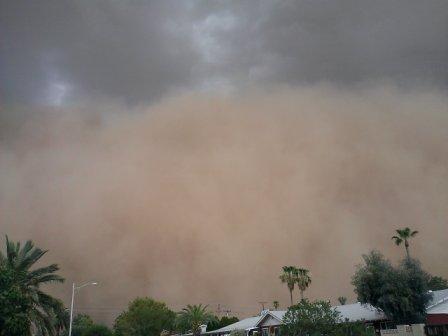