Just for (Side) Kicks

I watched--actually, rewatched--a movie the other night that made me think of a plot device that fiction writers often use: giving the hero a sidekick.  The movie is Rustler's Rhapsody, and its sole purpose is to poke fun at the traditional Western.  If you've seen it you'll know what I mean, about sidekicks, and if you haven't seen it I suggest you put it in your Netflix queue.  I'm not overly fond of the term LOL, but this movie will make you do it.  It'll even make you ROFL.

By the way, I said "giving the hero a sidekick."  The villain's sidekicks are usually called "henchmen," and the Oddjobs and Rosa Klebbs of the world deserve their own column (in fact, I gave them one, in the old Criminal Brief days).  A sidekick and a henchman do, however, sometimes serve the same purpose: each gives the author/director someone the boss can confide in, thus revealing needed information to the reader/viewer.  One of the differences is that if he's a henchman he usually dies, and usually does it earlier in the story than the boss does, in order to save the biggest confrontation until the end.

Note 1: I find it interesting that most fictional heroes and villains do have some kind of sidekick, whether it happens to be a friend, colleague, relative, employee, or spouse.  I can think of only a few bad guys who didn't; among them are Darth Vader and Hannibal Lecter, and it might be argued that those two didn't need a lot of help in the villain department.

May the dark side of the Force be with you

The kind of hero-helpers I'd like to consider here, though, aren't along the lines of Dr. Watson, Friday, Tonto, Huck Finn, Kato, and Samwise Gamgee--or even Nora Charles.  The ones I'm talking about are the ones you wouldn't expect the hero to have.  The kind that come from the dark side, and in fact often reflect the protagonist's dark side.

Hawk, Spenser's best friend and sparring partner, was introduced early in the series and served several purposes, including the aforementioned role as sounding-board to the hero.  He also saved Spenser's bacon on a regular basis and added a level of pure menace to Parker's already suspenseful plots.  But Hawk's biggest contribution to the series--and its success--was that he could do things that the hero's moral code would not allow the hero to do.

Here's what I mean.  I'm paraphrasing, but in one of the novels Spenser and Hawk had just had a shootout with the opposition, and one of the bad guys was lying there suffering but still alive.  Both of them knew they'd have to kill him or he'd come after them.  Spenser said something like "I can't kill somebody who's lying on the floor."  Hawk said, "Hell, I can," and shot him.

Note 2: Supposedly, Hawk's and Spenser's paths first crossed when a Boston crime lord hired Hawk to kill Spenser--but I suspect they really met at one of those conferences for People With No First Names.

Me Myron, you Win

Another example is Windsor Horne Lockwood, the longtime friend of sports agent Myron Bolitar, in the series novels of Harlan Coben.  Like Hawk, Win is fiercely loyal and fiercely fierce; he thinks nothing of breaking the law, or of breaking the necks of anybody who stands in his way.  Myron (despite his name) is no wimp himself--he is, after all, the hero of the series--but Win is a killing machine with absolutely no conscience or scruples.  He can do things without blinking an eye that Myron would never be willing to do, even if he physically could--and thus Win allows us readers to meet our violence quota while we continue to like and admire the main character.

Win (again, like Hawk) is a complex and mysterious guy, and a flashy dresser as well.  He is, however, flashy in a different way: he's an aging-preppie corporate executive, a buttoned-down and pinstriped product of Old Money.  As such, Win is even more dangerous, because he doesn't look like a killer.

Not your average Joe 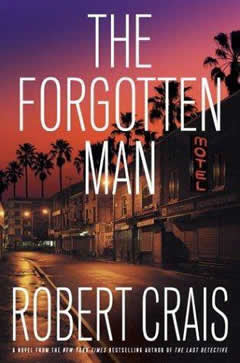 A third example that comes to mind is Joe Pike, from Robert Crais's novels featuring L.A. private eye Elvis Cole.  I think of Pike as occupying the middle ground between the other two sidekicks I've mentioned--he's neither as physically intimidating as Hawk or as unfeeling as Win.  But he's just as deadly.  And, once again, he steps in--usually unrequested, of course--anytime the situation demands the kind of ruthless and often illegal solutions that would violate Cole's sense of right and wrong.  Elvis Cole remains the hero with the strict code of honor; Joe Pike is the loose cannon who'll do anything to help his friend.  We wind up rooting for them both, but we have more respect for Cole.

Note 3: I've used the present tense in discussing Win and Pike since Coben's and Crais's series are ongoing, and I've used the past tense in discussing Hawk since Bob Parker passed away in 2010.  The good news is that my fellow Mississippian Ace Atkins has been chosen by the Parker estate to continue writing the Spenser novels, and I'm pleased to report that the first one (Lullaby) was excellent.  My only regret is that Ace didn't instruct Spenser to throw Susan Silverman over a cliff--but that's a subject for another day.

Other "dark-side" assistants to protagonists are Bubba Rogowski (author Dennis Lehane), Clete Purcell (James Lee Burke), and Mouse Alexander (Walter Mosley).  I know I've left out plenty of them, but those top my personal list, or at least fit easily into slots alongside the ones I mentioned earlier.  If any of  you know of others, I'd be happy to add those to the roster.

Bottom line is, as long as there are heroes there will be sidekicks.  Their duties will always be (1) to help their bosses get out of trouble and (2) to help them look good to readers.

As writers, we know the second task is as important as the first.