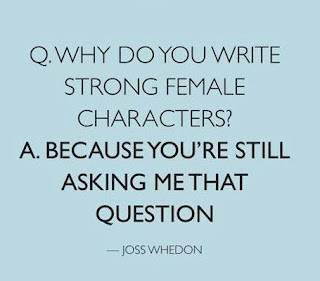 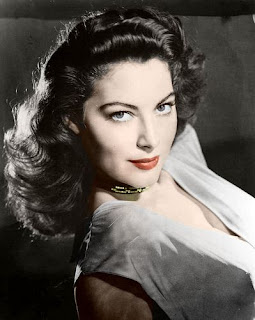 In creating characters for my stories, I lean toward tough women. I like the idea of spending time with an Ava Gardner, Barbara Stanwyck or Jennifer Lopez type. Tough on the outside, but have a softer side just beneath the surface. They have to be smart, sassy and have a sense of humor that isn't bawdy or giggly, but ready to take a tense moment down a notch if need be. I don't often write about these type of characters when they have reached their maximum strength, but somewhere on the path to that growth. I don't believe whiny, wimpy people -- female or male -- are often heroic and I want the best for my characters and especially for my readers. When I saw the above quote from Joss Whedon, I knew I was in good company. 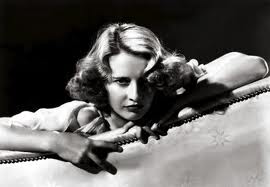 There has always been something about tough broads in literature that keeps my interest. Keep Pollyanna and send me Scarlett O'Hara. Nancy Drew was one teenage girl who didn't wait for a boy to save her even though the mothers of that time period would have probably advised her to feign a bit of damsel in distress in order to catch her boyfriend's attention. Bring on the Zena, Warrior Princess!

Don't misunderstand. I like a "John Wayne-take charge-kind of guy" for my hero. I just don't think he has to "help the little lady" when she is perfectly capable of doing so herself most of the time. And women with brains are sexier than anything. 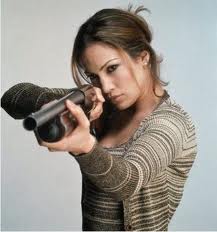 I recently read a novel that is selling like hotcakes during a pancake race where the main character is female and supposedly the hero of the story. When she gets into a predicament where I couldn't imagine how she could manage to escape, I was correct. She couldn't. The cavalry arrived in the form of her new and mysterious love interest who "saved" her. I was disappointed and I wondered how many other mystery readers would be also. We'll see if her sequel sells as well as this first book did.

In today's world, equality still doesn't exist in terms of equal pay. Men are still deemed better in combat than their female counterparts. Female roles in movies and television are still less in number than the male opportunities.

That doesn't mean incredibly smart and talented women aren't moving on up the corporate ladder and making their voices heard. They aren't regulated to the kitchen or tea parties in the afternoon unless that is their choice.

Men also have evolved to a new playing field. Men are choosing to become nurses, stay-at-home-dads and airline attendants; choices a few generations ago would have been taboo.

We're changing and I think today's readership enjoys real life women and men as characters in their fiction reading.

I read Johnny Depp will be starring as Nick Charles from Dashiell Hammett's "The Thin Man" series and as yet an uncast Nora. I look forward to seeing who will play that character with a certain bit of sass, brains and sex appeal. What a tough broad she'll be. Can't wait.

I love this from opening quote to final paragraph!! Wonderful!! And thanks for the ino on 'Thin Man'! I love the originals and I love Johnny Depo!!

When I think of tough female characters, I usually think first of Ellen Ripley in the Alien series and Elmore Leonard's Karen Sisco (J-Lo did a good job portraying her, I thought, in Out of Sight).

And yes, I too am looking forward to The Thin Man.

When I was a young girl, my heroine was Emma Peel, tough, smart, sexy, beautiful, and able to save John Steed's butt whenever he got in trouble.
Re Johnny Depp as the Thin Man - not so sure about that. And if it's Tim Burton directing, Nora will be Helena Bonham Carter, and I can't get behind that. I still like William Powell and Myrna Loy.

Eve, I was crazy about Mrs. Peel.

I would also veto Depp and Carter as Nick and Nora.

Loved your article! I love the balance of male/female interaction. Thin Man is a great example!

There is a time for everyone to be "strong"---lol

Loved this post. You should star next to Johhny Depp. I've seen you in action with your complete feigning of innocence my dear when in fact you are about 10 steps ahead of men (and women)!!! :-)

For all the nonbelievers, Depp will be perfect as Nick Charles. See the vast amount of differing characters he's been in and then make a decision. One of my favorites is IN THE NICK OF TIME (or something like that)and also the suave guy in PUBLIC ENEMIES. And yes, I would die to do a project with him...alas I do not believe Hollywood is tapping on my door. LOL As far as Emma Peel, a resounding yes from me. She was fantastic, and so was (although less dramatic) Agent 99 from "Get Smart," the tv series. Give me a tough broad every time!

John, you know I adore you, and although she was a tough cookie in the films, I am not a fan of Sigorney Weaver, although the Ellen Ripley character I did like.

I could see Kate Winslet, Cate Blanchett, or Rachel Weisz as Nora, and I think Johnny Depp will do a great job as Nick: debonair, clever, and drunk. (Or do you think they'll take out the heavy drinking in the remake?)

Even if I didn't like Ripley, I sure wouldn't tell her so.

Johnny Depp will be a great Nick Charles! Not sure the person I'd pick for Nora. I'm thinking someone with good comedic timing. LOL

I must be out of it. I thought Peter Lawford was Nick. I loved him as Nick. Or I thought I did. getting old sucks.

I rather like Sigourney but I'm not quite sure why. I think because she is not a glamour puss and therefore she wins over by "being" whomever.

Someone mentioned Debra Messing might be a good Nora. I can see it.

I loved Myrna Loy as Nora and can't think of anyone who could take her place. Diana Riggs was awesome as Emma Peel. Johnny Depp? He would certainly put a different face on Nick Charles. He wouldn't be the urbane, sophisticated individual that William Powell was. But I agree with Deborah. Depp is so versatile that he could pull it off.

When I first hear of an actor taking a project that seems out of their usual realm, I keep remembering how everyone thought Michael Keaton wouldn't be able to pull off Batman. He did such a great job that I am now very open to most actors in a wildly different part than I used to be.

Great Post Deborah, I too love a strong female character saving the day. It's neither a mystery nor a great novel, but I can't stop thinking of Disney's Mulan. Finally, so great to see a girl saving everyone while riding up on her noble steed.