Is it only teens and young adults who commit this crime against the English language, or has the latest substitute for “I said” spread to the general population?

I’m not sure exactly when “like” became a placeholder to be used indiscriminately between any two spoken words, regardless of part of speech, but it’s become, like, universal. This is not to say that mangled English is a new phenomenon. When I was growing up in Queens in the 1950s, I had friends whose anecdotal style included similar locutions:

“He sez, ‘You can’t go in there!” So far, indistinguishable in speech from the grammatically acceptable historic present “He says.” But then, the giveaway:
“So I sez, ‘Who do you think you are?’”

I personally never let either “He goes” or “I sez” pass my lips. My mother woulda, like, killed me. Throughout my childhood, one of her friends liked to tell about an incident from when I was maybe four. She responded to some question of mine by saying “Yeah,” and I, little prig that I must have been, announced, “My mother pronounces it ‘Yes.’”

But the egregious “like” is a persistent verbal tic that I can’t claim I’m never guilty of using. In that, it resembles the pervasive “y’know” and “I mean” that mar so many public speeches, especially the extemporaneous, uttered without reference to notes or Teleprompter. Or is it a tic? It seems to me that the insertion of “like” into a declarative sentence adds a nuance of tentativeness. When James Cameron won the Oscar for the movie Titanic, he drew worldwide disapproval for expressing his delight by throwing his arms wide and quoting a line from the film: “I’m the king of the world!” Would the media and millions of viewers been equally censorious if he had instead cried, “I’m, like, the king of the world”? Perhaps the self-deprecating “like” would have met their standards for a becoming modesty in someone who’s just won big.

For me, the frequent use of “like”—as much as several times in a single spoken sentence—damages the credibility of the speaker. Another locution, uptalk, which was most noticeable in the 1990s but has not completely vanished, also conveys the impression of uncertainty or tentativeness to the detriment of credibility, or perhaps more accurately, authority.

“I’m Liz Zelvin? Your speaker for today? I’ve been writing my whole life? I’m going to talk about how to, like, promote your book?”

It is possible to use even the most unpromising locutions effectively. I recently saw the concert movie of the TV show Glee. This show (which I haven’t watched, but might some time) has been very successful in reaching young people with its message that those who are “different” (obese, gay, born with disabilities, and a variety of other departures from the stereotype of attractive and popular teens) are worthy of love and capable of success. As a songwriter myself, I always pay close attention to lyrics. I was amused, even charmed, to realize that the refrain of one high-energy number (evidently a big hit on iTunes) was, “I’m, like, Forget you!” To a target audience of teens, that was downright clever. 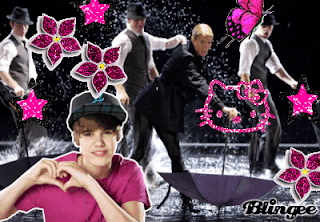