by R.T. Lawton
You watch today's movies where SWAT hits a house, and you see all these guys dressed up in nice black outfits with bullet-proof vests and they look good and they move good, professional. It wasn't always that way.
Alley Oop Lived

Back in the Jurassic period of law enforcement, we had the Gronk Squad. Its existence was unofficial.

We were the guys that made up burns and kicked the doors when a felon might be sitting on the other side with a loaded weapon at hand. Seems hard core criminals tend to have a certain paranoia that law enforcement might just drop in at any given moment and they like to be prepared, not to mention there might be other bad guys out there with violent intentions toward the subject over some misjudgement concerning money, a woman or a deal gone wrong. Them guys got funny that way.

This Ain't Good
Making up burns was the term for what happened after an undercover made a buy and sent his purchase off to the lab, but then the lab ran a chemical analysis and said the stuff wasn't illegal. Could've been corn starch, agriculture chemicals, or anything that wasn't a Controlled Substance, yet resembled the good stuff. I know it's hard to get your head around, but some criminals would just flat try to cheat you. And believe me, there were plenty of powders which could turn a field test.
In those days, the upper office subtly let it be known that all burns came out of the buying agent's pocket, so naturally there was an incentive to make sure you got the buy money back, or good product in its place, much the same as a real dealer would do on the street. Those transactions led to some interesting developments. Not sure we will ever discuss those times, although some humorous incidents did occur.

The Flood System
Kicking the door on an armed and dangerous criminal was a different animal. We had a twelve pound sledge to open up locked doors. After the door went down, all law enforcement assigned to entry then flooded through the doorway and into the house. 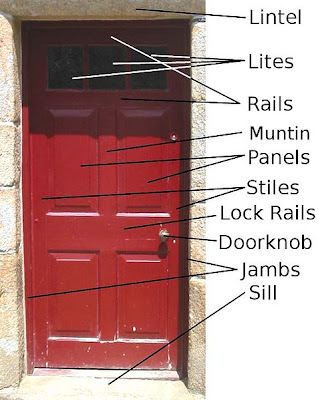 This quickly became a race to get to the criminal, and it was not unusual to be shoulder to shoulder with fellow officers going through the entrance. We definitely had enthusiasim. With all the commotion resulting from the mass influx of enthusiastic entrants, you would probably not be surprised to hear how many defendants decided to depart the premises via the nearest exit. Some even leaped from third-story windows, but that was the subject of a previous Friday blog. (see "Flying Without a Parachute.")

What the Heck Were We Thinkin'
We thought we were doing well. It wasn't until a few years later during a training session that one of the Wise Men taught us about The Funnel of Death. It seems that every doorway funnels or acts as a choke point to channel those coming into a building through a small area where anyone with a gun can direct fire, thus killing or at least delaying those who wish to approach him. Who knew? Maybe we were just lucky in those days or else managed to stun the opposition into inactivity with our thunderous ignorance. There was something to be said for making a loud entry and momentarily freezing the decision making process of your opponent. In any case, our tactics soon changed.

Enter the Snake Line
With the Snake Line, everybody had a number and was paired with another person on the entry team. #1 and #2 were partners, #3 and #4, etc. So here's how it was supposed to go.
When the van or panel truck used for an entry team got the radio call to hit the place, the driver brought them screeching up to the front of the building. The team unassed the vehicle and rushed to the front door, but off to one side, forming a snake line in number order, except for the last two numbers. Other law enforcement covered all remaining exits.
Let's say it was an eight person entry team. #8 holds the screen door open while while #7 swings the hammer, or a one-man door ram if that's what you have. Hopefully, the door opens on the first THUD. #7 then immediately steps out of the way and draws his weapon. 1 and 2 are first in, breaking quickly right and left away from the funneling doorway, and followed by the rest of the pairs. If the first room is empty, then 1 and 2 continue on into the house as previously designated. Pairs break off as needed when other rooms are encountered.
However, if someone is located in the first room, then we used the Fisherman System, also known as the You Catch 'Em, You Clean 'Em technique. In that case, 1 and 2 were tasked with controlling any people found in the first room. All potential bad guys got put on the floor, handcuffed and searched, while Pair 3 and 4 continued on as lead elements into the house or building. 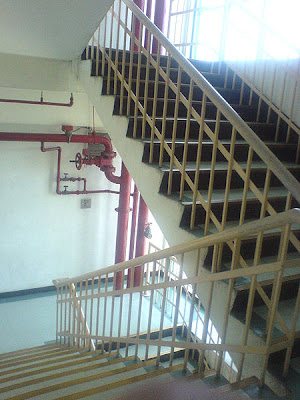 Okay, I'm sure that at this point in the dissertation, some of you are going to inconveniently point out that The Funnel of Death is still there. And, you are absolutely correct, every doorway and every set of stairs still funnels entrants into a small zone. The difference is that we now made our entries in a more organized manner to lessen the danger. Plus, we soon acquired new tricks to distract or disable anyone on the other end of the funnel, and had new tactics to help provide cover for those team mates entering the funnel. We also got neat Turtle-Vests with armored plates to insert fore and aft to protect chest and back from any potential incoming fire. Plus, the vests had this nice handle at the back of the neck so your buddies could more easily drag you out of the way if you went down from say, a hangnail or loose shoe lace. We even had Kevlar helmets to render our noggins safe from harm and goggles in case the wind stirred up a little dust. Our gloves, boots and clothing were fire resistant Nomex just in case someone accidently dropped a lit cigarette on the carpet. We became damn near indestructible.
It was a new day. Dinosaurs quickly got retrained, else went the way that dinosaurs went. I'm sure that nowadays, tactics have improved even more, plus regular SWAT teams get neat toys such as Flash Bangs and see-through, bullet-proof shields to move safely through the Funnel. And, they usually have a team sniper or two on board who can reach out and touch the bad guys from a distance when it becomes necessary. Planned arrest situations are getting tougher on the hard case common criminal, but then that's their problem. They should have chosen a more honest form of employment where they wouldn't have to worry about the loud arrival of sudden guests in the dark of early morning.