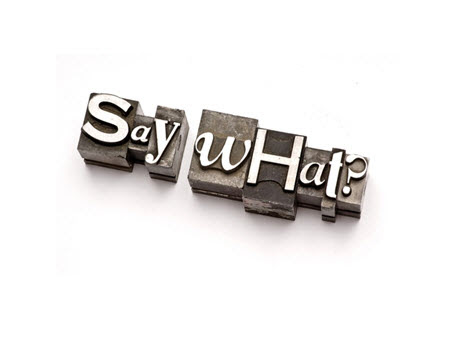 by John M. Floyd
Twelve years ago, just before our oldest son's wedding, he sent us an e-mail saying he and his fiancee had decided on St. Lucia for their honeymoon. A couple days later I was chatting with an old classmate of his and told her their plans, except that I pronounced their destination "Saint loo-SEE-ah." She suddenly looked as if she might be trying to pass a kidney stone. Only later did I find out that the correct pronunciation is Saint LOOSH-ah.
Mispronunciation can cause that kind of distress, and it's even worse for the speaker than for the hearer. It's like a piece of spinach stuck in your teeth: you never know it's happened until you get home and realize what an idiot you are.
That's easy for YOU to say
Strangely enough, most writers I know are obsessive about correct pronunciation. Maybe it's because we fancy ourselves knowledgeable in the area of language, or maybe it's because we don't want to come across as fools in the occasional radio or TV interview (a valid concern)--but mostly I think it's just because writers like words and word usage. I was delighted a couple of years ago when James Lincoln Warren (an excellent writer and a good friend of many of us at this blog) did a column expressing his disdain for those who pronounce "short-lived" with a short "i," as in "I lived there," rather than with a long "i," as in "I thrived there." I agreed with him. If something is short-lived, it has a short life. With a long "i."

Not so strangely, we seem to notice mispronunciation more when it involves place names. A local TV weatherman--he's since moved away--once told me that when he hired on at the station here, the first thing his boss did was take him aside and say, "You'll be talking a lot about places like Belzoni and Shuqualak and Sebastopol. What you gotta do is learn how to say those names, and don't ever, ever screw them up." (The "i" in Belzoni is pronounced "ah," as in Jonah. If you say Belzonee, even if you're not a weathercaster, you'll get nothing but sighs and eyerolls. And for God's sake don't mispronounce Biloxi. This runs Southerners crazy. It's ba-LUCK-see, not ba-LOCK-see.)
Unless it's part of your job, getting things like this wrong is nothing to be embarrassed about--I'm sure I'm not the only person who's visited New York City and called Houston Street HEW-ston Street (it's actually HOW-ston)--but it does feel good sometimes, when you're a dumb tourist, not to sound like a dumb tourist.
You ain't from around here, are you, boy?
Some pronunciation rules are as mysterious as they are fascinating. The final "s" is removed from both words in the spoken version of Des Moines, Iowa, but if you did that with Des Plaines, Illinois, you'd not only be wrong, you'd wind up sounding like the little guy in Fantasy Island, announcing the arrival of visitors. And in the case of at least one city I can think of, the correct pronunciation sounds downright silly. The wife of an old Air Force buddy (they both grew up in Norfolk, Virginia) jokingly said they'd been told not to use the following cheer at high school pep rallies: "We don't smoke, we don't chew. Norfolk, Norfolk, Norfolk."
Probably the best way to correctly pronounce a town's name is to visit it, or ask someone who's lived there. A writer friend who was raised in Pierre, South Dakota, says locals call it PEER, not the two-syllable pee-ERR. Whooda thunkit? And an old guy from Port Huron, Michigan, once told me its residents just say "Port Urine." 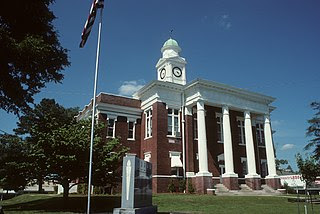 The town where I went to high school is named Kosciusko, for the Polish general Thaddeus Kosciuszko, and I've heard out-of-towners call it kos-SHOOS-ko. Natives, though, call it kozzy-ESS-ko, or, if they're in a hurry, ky-ZESS-ko. (Mississippi is notorious for wild-sounding names anyway; I grew up twelve miles from the Yockanookany River.)
And Macau jumped over the moon
Foreign place names can be particularly interesting. Leicester is "Lester," Cannes is "Can," Qatar is "Cutter," Curacao is "CURE-ah-soe," and Phuket, Thailand, is (thank God) "FOO-get." And here's a neat little hint that I learned on one of my more pleasant IBM trips: In Hawaii, "ai" is pronounced "eye," "i" is pronounced "ee," "e" is pronounced "ay," "a" is pronounced "ah," "o" is pronounced "oh," "au" is pronounced "ow," and "u" is pronounced "oo." Once I knew that, it was easier to manage the names of all those islands and mountains--and other things too. Luau becomes loo-ow, Pali becomes pah-lee, Maui becomes mow-ee, etc. Another old Air Force friend, who still lives in Honolulu, pointed out that Kauai doesn't rhyme with Hawaii, although many think it does. Break it into its parts and Kauai becomes kow-eye, while the state name is the three-syllable hah-wy-ee.
I often stand corrected, though. Having lived most of my life 150 miles from New Orleans, I've always scorned those who call it noo-OR-lee-uns, in four syllables. Every N.O. resident I've ever known has pronounced it either nyoo-OR-luns or nooWOLLins. And then, the other night, I saw the current New Orleans mayor on television saying noo-OR-lee-uns. Sweet Jiminy. And on top of that, Orleans Parish is always pronounced or-LEENS. Is nothing simple?
Does La Jolla annoy ya?
A lot of place names that should be hard to pronounce aren't, because all of us know them: Phoenix, San Jose, Illinois, Tucson, Greenwich, etc. But here's an extremely incomplete list of some that are often mispronounced: 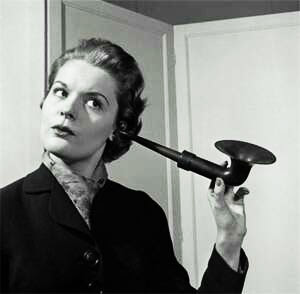 I simply can't resist two jokes that I heard long, long ago:
1. Question: How do you pronounce the capital of Kentucky--Louisville or Louieville? Answer: You pronounce it Frankfort.
2. An out-of-state traveler stops for lunch in the town of Natchitoches, Louisiana. As he's chowing down, he asks a woman seated nearby, "How do you pronounce the name of this place?" Speaking very slowly and carefully, the lady says, "DAYER-ee-KWEEN."
Tongue twisters
I'm not a poet and I noet, but I think a fitting end to this piece is a little ditty I wrote years ago, after one of my far-flung business trips:
I never seem to understand
Our neighbors overseas;
Names like Vzrgkzyrgistan
Just make me say, "Oh, please."
The problem is pronunciation,
Not mere nouns and verbs;
Hawaiians should delete some vowels
And give them to the Serbs.
Posted by John Floyd at 00:01

Somehow 'long-lived' doesn't sound right with a long i to my unsophisticated ear.

Speaking of Southern, I'd assumed Grand Ol' Opry was trademarked silliness like my mother pronouncing 'crick' when she knew full well the word was 'creek', because she liked how the old folks said it. However, when researching the article on Tom Dooley, I discovered that in those parts, words that end in an 'a' are pronounced 'e'.

Speaking of unSouthern, fleeing the 2004 hurricanes, I flew into Louisville, Kentucky, which everyone knows is pronounced 'Luavul'. Folks started checking their tickets when the pilot announced we'd be landing in 'Lewisville'.

Saying Lima, Ohio like the bean instead of the Peruvian city never sounded right nor did Versailles, Indiana when said 'ver-sales'.

The town of Peabody, Massachusetts sounds a near synonym for adolescence, "P'bee-dee". The British often omit letters and syllables. Grosvenor is pronounced 'grovnur'.

One update: The second word of Terre Haute is pronounced with a long 'oh' like "Terra Hoat".

"Macau jumped over the moon…" too funny!

Thanks, Leigh -- Southerners have a lot of funny pronunciations. My mother still says Herrikin Katrina.

And I'm glad you mentioned Peabody, Mass. As for Terre Haute, I'll gladly stand corrected, there. I've heard it called everything from Terre Hoot to Terre Hutt. I also noticed I spelled it wrong in the column--my apologies to Terre Hooters.

Just south of my hometown of Scottsdale, lies Tempe -- home of Arizona State University. Folks around here have always called the town tem-PEE, but lately newcomers have started calling it TEM-pa.

Also, when I was a kid, we used to get HUGE dust storms that blew in and swamped the valley. Rain nearly always followed right behind, so that it rained mud for a minute or two. These days, the dust that blows in isn't as thick (I suspect because there is less dust to pick up among all the square-miles of new house lawns.). The thing that blows that dust in, though, is no longer a dust storm -- because some new weatherman from out of state called it a haboob. Which caused a lot of hubbub. lol

TereHOOTERS! LOL My wife's a hoosier. I think I've got a new joke for her, next time the kids aren't around, which aught to get me a good smack in the nose. lol Thanks, man!

John, home for a quick shower, I'm glad I checked into SS. Your blog is great (as always). When I called for the phone number of my grandson's school, the operator said, "I have one on Ah-zah-leeh-ha Drive." It's on Azalea Drive, named for the massive floral bushes. We also have a new weather man on local TV who butchers all the surburban names around here. He makes a short vowel out of every long one and vice versa. I knew this was your day before your byline when I saw your tricky title!

Hey, Dix, thanks for mentioning Tempe. Good example. (And our d-in-law--the one who went to Saint LOOSHa--is also a hoosier, from near Evansville.)

Fran, I'm looking out the window at an azalea bed right now, in our back yard. Like you, I've never heard them called ah-ZAH-lee-ahs. Maybe that operator was right and we're wrong . . .

I was raised in New Jersey, JOISEY, by the way is a Brooklynism, natives tend to say CHERZEY.

Sandy Bradley used to have a radio show in Seattle and every week she intoned "There IS no R in Washington.". But some people pronounce it as if there was.

Rob, I didn't know about Newark, Delaware. Love finding out about that kind of thing. I almost always flew into Newark NJ on my many trips to Princeton (our IBM Finance HQ was there), and I've often heard that very thing: "We've landed in Newark--welcome to New York."

Something else I remember, from those years: After renting a car at Logan Airport, it's haahhd to find a paahhking place in Boahston.

Thanks for this bit of pure enjoyment, John! Here in Kansas we have a town called Arkansas City and an Arkansas River flowing through the state. I used to live on Arkansas Ave. We pronounce those Arkansas' "Our-kansas." There's some stateist ego there probably!

Hey Jeff -- I knew about Kansas's Arkansas River and its (ego-driven?) pronunciation, but didn't know about Arkansas City. Come to think of it, I think El Dorado, Arkansas, is pronounced eldo-RAY-doe, rather than eldo-RAH-doe as in the City of Gold. Maybe there's a touch of individuality involved here.

Last night I heard a Weather Channel guy say something about Amite County, Mississippi, and call it ah-MIGHT County. It's actually ah-MITT, as in Romney.

You know, I wrote about this very subject once at CB and I think I forgot to mention that I actually sold a story to AHMM once in which the big clue was about a placename pronunciation. An informant had told theFBI that something was in Morristown, but he was from south Jersey and was referring to a small town near the Delaware River which is spelled Mauricetown, but pronounced... ah, you guessed.

I was away all weekend, so just read John's adorable blog. Speaking of New Jersey, it's buh-GO-duh, not bo-go-TAH like its namesake in Colombia. And speaking of the Grand Ol' Opry, when I was at Killer Nashville a couple of years back, my endearing GPS, Sadie, announced our arrival "at Grand Oh-LAY Opry." Best mariachi music in the world! ;)

Thanks, Liz. Don't you just love some of the things you hear from those GPS voices? Ole!!