To Sing a Story 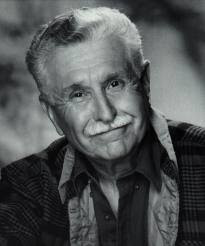 Here I am with two fine, good-looking, talented men I'd love to have known personally. I wouldn't mind having been able to drink a little bourbon or Jack Daniels with each of them. To my left, Mr. William Faulkner. To my right, O Henry. In my youth, I spent a lot of time reading short stories. My favorites include everything O Henry ever wrote and "A Rose for Emily" by William Faulkner.
My published writing so far has been four novels, two children's books, some scientific reports for Clemson University, numerous magazine features, and a few short stories. Lately, I've been thinking a lot about trying more short stories, and short stories make me think of songs. When I taught writing, I used songs to help the students identify some of the writing elements--setting, characters, plot, as well as beginning, middle, and ending.

I grew up on a mix of country music, R&B, classical, and jazz. Two of the finest story songs from my youth are "Stagger Lee" and "Long Black Veil." Both of them involve murder.

On Christmas Eve, 1895, "Stag" Lee Shelton, a Black pimp, shot William "Billy" Lyons in a St. Louis saloon after Billy snatched Stag's Stetson hat. That was immediately cast into a song that swept through the South with several little changes each time it was sung. A myth evolved, described by Julius Lester in "Black Folktales" as, "Stagolee was so bad that the flies wouldn't even fly around his head in the summertime, and snow wouldn't fall on his house in the winter."

Over four hundred artists have released the song about "Stag" Lee Shelton since the first recording in 1923, and the song has been refashioned as Ragtime, Broadway showtune, Blues, Jazz, Honky Tonk, Country, '50's Rock 'n Roll, Hawaiian and Gangsta Rap. The story lives on as a musical, two novels, a short story, an award-winning graphic novel, Ph. D. dissertations, and a pornographic feature film.
Recordings include those by James Brown, Nick Cave, Neil Diamond, The Clash, Pat Boone, Fats Domino, Bob Dylan, Duke Ellington, The Grateful Dead, Woody Guthrie, The Ventures, Ike and Tina Turner, Ma Rainey, Jerry Lee Lewis, Tom Jones, The Black Keyes and Elvis Presley. My favorite is the extremely popular 1959 version by Lloyd Price. (shown below left) These are the lyrics as Price recorded it. The night was clear, and the moon was yellow
And the leaves came tumbling down. . .

I was standin' on the corner
When I heard my bulldog bark.
He was barkin' at the two men
Who were gamblin' in the dark.

It was Stagger Lee and Billy,
Two men who gambled late.
Stagger Lee threw a seven
Billy swore that he threw eight.


Stagger Lee told Billy
"I can't let you go with that.
"You have won all my money,
"And my brand new Stetson hat."

Stagger Lee went home
And he got his .44.
He said, "I'm going to the bar room
Just to pay that debt I owe."

Stagger Lee went to the bar room
And he stood across the bar room door.
He said, "Now nobody move,"
And he pulled his .44.

Stagger Lee shot Billy.
Oh, he shot that poor boy so bad
'Til the bullet went through Billy
And broke the bartender's glass. 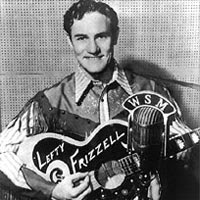 On an occasional Friday or Saturday night, when
I go to a bluegrass jam, I inevitably get irritated when
one of the pickers does my other favorite story song.
The reason is that they don't sing the words as written.
When confronted, the reply is, "Oh, that's an old
public domain folk song. I sing it the way I heard it
at another jam."
"Long Black Veil" isn't an old, uncopyrighted folk song. It was written by Marijohn Wilkin and Danny Dill, and originally recorded by Lefty Frizzell on March 3, 1959, as a country ballad
that became a smash hit.

Wilkin and Dill claimed their inspiration for the song was three-fold: Red Foley's recording of "God Walks These Hills With Me," a contemporary newspaper report about the unsolved murder of a priest, and the legend of a mysterious veiled woman who regularly visited Rudolph Valentino's grave.

"The Long Black Veil" has been covered by artists in country, folk, and rock styles. Sammi Smith had a hit with it in 1974 and other recordings include those by Johnny Cash, Dave Matthews Band, Joan Baez, Mick Jagger, Bruce Springsteen, Harry Manx, Mike Ness, Nancy Owen with Mama Said, and Rosanne Cash.

Ten years ago, on a cold dark night
There was someone killed 'neath the town hall light
There were few at the scene, but they all agree
That the slayer who ran looked a lot like me

The judge said, "Son, what is your alibi?
If you were somewhere else, then you won't have to die."
I spoke not a word, though it meant my life,
For I had been in the arms of my best friend's wife

She walks these hills
In a long black veil
She visits my grave
When the night winds wail
Nobody knows, nobody sees
Nobody knows but me

The scaffold's high and eternity near
She stood in the crowd and shed not a tear
But sometimes at night, when the cold wind blows
In a long black veil, she cries o'er my bones

Talk about flash fiction! What a great story in a few words!!


Randall Hylton, songwriter and performer extraordinaire who had more than two hundred original songs cut by major artists, told me, "Fran, story songs are easiest to sell," so I wrote a bluegrass story song. I'm tempted to put it here, but I'll save it for next time. I know that at least two other SleuthSayers are song writers as well. What about you? Do you have an original story song? If so, email it to me at franrizer at gmail dot com and I'll include it two weeks from now.

Wanna win a prize? Answer this question of the day in Sleuthsayers Comments Section. First person with correct answer wins. Instructions how to claim the prize will be given tonight when the winner is announced tonight.

QUESTION OF THE DAY: What did Edgar Allan Poe and Abraham Lincoln have in common other than the century during which they lived?


Until we meet again...take care of YOU.