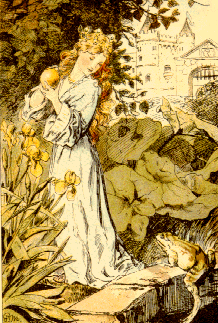 Once upon a time....as the old fairy tale goes....a beautiful princess kissed a frog and POOF, he magically turned into a handsome prince. But then, there's a lot of fairy tales out there to be heard, if one is a believer in that sort of thing.

In more modern times on the dating scene, there have been incidents of young women, who under the distorting influence of alcohol just before last call in a singles bar, have lost the ability to distinguish some of the various reptilian species lurking in the nearby vicinity. Thus, mistakenly they have kissed a toad, hoping he would magically turn out to be their charming prince. Unfortunately for them, their delusion did not transform into reality.

It seems that in the real world, you had better pay attention. All may not be as it seems. As a sidenote however, in my realm of expertise there is a certain family of toads, and no I won't provide their names, which have hallucinogenic properties. For those poor souls desperate to take a mental trip, all they have to do is lick the toad's back and POOF, they're off to magic land. Naturally, you had best know your toads, because like some mushrooms, the wrong ones can be detrimental to your health. 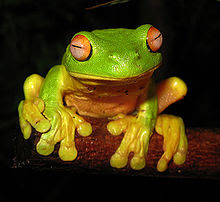 So anyway, here we all are making our way through life in a world of part fairy tale, part hope and a whole lot of reality. Most people figure out real quick that reality is the part that reaches out and tags you. For those who don't comprehend the difference, well they're still out there pinning their hopes on toads, wondering why reality keeps getting their attention the hard way.
In continuing the fairy tale thread, I don't want to say that law enforcement, especially undercover ones, started this next particular fairy tale for the streets, but here's how I ran into it.

Me and my lowlife Cooperating Individual (CI) were sitting in the back seat of a criminal's car in a city we won't bother to name. The CI had just duked me in and everything was going fine. Conversation was easy, no visible tension, we're merely negotiating some finer points of the deal we're about to do. Then out of nowhere, the bad guy's partner sitting in the front passenger seat turns and says to me, "Are you a cop?"
I was stunned. Did this guy suddenly know something I'd overlooked?
"No," I replied, and then since a good defense is a good offense, or vice versa, I followed up by asking the question back to him. "Why, are you a cop?"
"No, no," they were both quick to respond.
"Then why did you ask?"
"Because," said the Lower IQ of the two, "we heard that if we asked you if you were a cop, you had to tell the truth, otherwise you were a liar and the case wouldn't stand up in court."
"Damn," says I in amazement. "I'm glad you gave me that information. I will definitely use it to protect myself in the future."
I then paid them the federal government bills of which the serieal numbers had been previously recorded, and they in turn provided the contraband goods. Our deal was done, my case was pretty well made, and I was ready to get out of their vehicle. But wait, we weren't through yet.
"Be careful," says the bad guy in the front passenger seat.
"Why's that?" I inquire, wondering what could possibly be next.
"Because," says Low IQ, "we heard there's an undercover fed just come into town."
That part was true, no fairy tales there. I had been in town for the last three days, but was only just now getting around to working on them. They didn't know it at the time, but they had to wait their turn.
"Uh-oh," says I, "you guys had better tell me what this fed looks like so I can stay away from him."
They then proceeded to describe me to me, and quite accurately I might add. I thanked them profusely for their valuable street intelligence, opened the rear door, and POOF, the guy they thought they knew in their car was gone.

Now we come to the end of our little tale. For the two criminals in the front seat of their car, I guess you could say those two were believers in fairy tales, even if it was of the modern day street variety. Some phantom from the Office of Disinformation (also known as "They") had obviously spun a fantasy those two desperately wanted to believe. And, I'm sure those guys were also hoping they'd found their prince with a lot of magic money in his hand. But, it soon appeared that they'd pinned their hopes on a fairy tale for sure, because the expected transformation didn't come out the way they had anticipated. POOF! They were in handcuffs.

A quick word to the wise. Don't put a lot of stock in everything you hear on the street. It may just be a fairy tale.