Truth in Fiction vs. the Changing Nature of Child-created Violent Crime 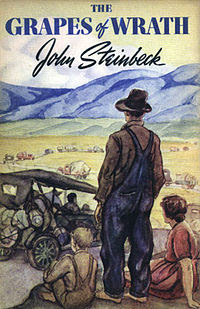 When I was in grade school, we read John Steinbeck’s The Grapes of Wrath. And, someone (I’m pretty sure it was a teacher) told us that Steinbeck had originally been hired to compile a non-fiction account of Dust Bowl farmers during the Great Depression, but eventually turned the project down, telling his editor that the story couldn’t be fully dealt with in a non-fiction format. “This one’s going to have to be fiction,” he supposedly said.

I suspect that grade school informant was a little confused. After all, Steinbeck actually wrote a series of articles about the subject, called “The Harvest Gypsies,” for the San Francisco News in 1936. The articles ran from October 5th through 12th of that year. 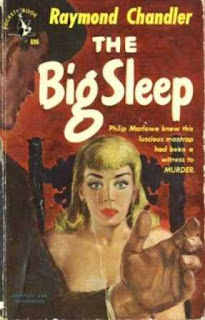 Still, the idea of using fiction to address current social problems is neither nothing new, nor just relegated to Steinbeck. I’m reminded of a blurb on the back of my dog-eared The Big Sleep copy, which reads: “Chandler writes like a slumming angel.” It goes on to explain how he lays bare the underbelly of L.A.

I didn’t see how a writer could penetrate much deeper under that belly, until I read Walter Mosley’s Devil in a Blue Dress. About half-way through, I thought: “Wow! This author didn’t just crawl under the belly; he slit that belly open, and all its guts poured out on my head. This is awesome!”


Mosley’s writing had the same effect on me that Elmina Castle had, when my A-Team toured it during our time in Ghana, West Africa (or perhaps it was Cape Coast Castle; we toured both and I can’t keep them straight these days). After both adventures (castle tour, and book reading) I found myself reassessing my mental construct of the world and the culture I’m immersed in. 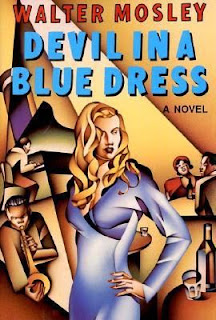 My politics are probably quite different from Mosley’s, Steinbeck’s, or even Chandler’s. But, there’s no denying that these guys have (or: had) a firm grasp on fiction’s ability to influence a reader’s thoughts, ideas, and quite probably future actions.

Child Violence in Mystery Stories
Sometime ago, in the Readers’ Forum on TheMysteryPlace.com, Janet Hutchings, editor of Ellery Queen’s Mystery Magazine (EQMM), raised the subject of children as characters in mystery fiction.

According to The Mystery Place website, their forum is currently unavailable, due to technical issues, so I couldn’t refresh my memory about the post.

As I recall, however, in part of it Ms. Hutchings suggested that EQMM prefers writers to downplay violence toward or from children, locating the violent scene off-stage if it is essential to the story line.

This didn’t really surprise me. After all, EQMM is a family magazine; writers have to approach stories knowing that underage people will undoubtedly read them. At the same time, this approach should probably be balanced by a desire to present honestly written stories, which sometimes creates a very fine line upon which to spin a tale. However, I think the folks at EQ and AH do a good job of walking that fine line, and of helping writers to walk it alongside them.

At the time of her post, I had recently read about the arrest of 14-year-old Edgar Jimenez Lugo by Mexican authorities. This boy, a U.S. citizen born in California, who moved to Mexico with returning family members, began killing and decapitating rival drug operators for the South Pacific Cartel in Mexico at age 11. 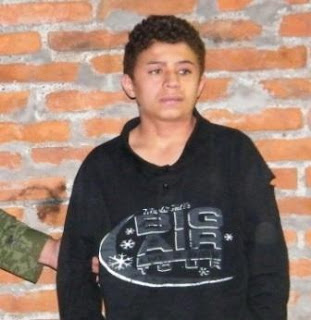 Details of the case are confused, but it seems the cartel controlled young Edgar by getting him hooked on drugs and then issuing threats. They may also have paid him $3,000 per killing. His teenaged sisters (below, right) were also evidently hooked by the cartel, and use 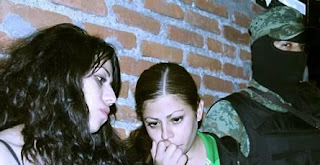 d to lure Edgar’s targets to the kill zone. The cartel’s threats may have been directed at Edgar, but – at one point, at least – the boy said it was his sisters whom the cartel was threatening to kill if he didn’t act as their designated hit man.

According to a July New Yorker article , in Mexico: “At least thirty thousand minors have been recruited by cartels, which promise quick and easy money to kids who have been orphaned by … drug violence, or who lack schooling and regular employment. It’s not known how many of those children are becoming hired killers.”

Thus, when I read Ms. Hutchings’ post, I posted my own reply, in which I wondered how long it would be before drug cartels began using U.S. teens to do their dirty work north of the border.

Would $50 cover your risk, for running drugs up from Mexico?

If you were a Texas teen living near the border, it might. This past October, the Texas Department of Public Safety (TxDPS) issued a news release, stating that Texas high school students are being recruited by Mexican cartels to “support their drug, human, currency and weapon smuggling operations on both sides of the Texas/Mexico border.”

The release went on to say: "Parents should talk to their children and explain how the cartels seek to exploit Texas teenagers …”

According to CNN, TxDPS Director Steven McCraw said his department first noticed this practice in 2009, when they began encountering U.S. teens trying to smuggle drugs across bridge border crossings. “Texas teenagers provide unique compatibility to the cartels,” he said. “They’re U.S. citizens, they speak Spanish, they’re able to operate on both sides of the border, and they’re expendable labor.”

In the Fall of 2011, a 12-year-old boy was apprehended, driving a stolen pickup loaded with over 800 pounds of marijuana. According to McGraw, teenaged contraband drivers, such as this, are sometimes paid as little as $50 for the job.

Piecing together what I’ve found on the web, it appears that the teens and pre-teens involved are introduced to the job through an oblique recruitment method. High school gang members recruit their classmates to carry drugs over the border, by introducing those teens to a ‘friend of a friend.’ And that friend’s able to pay hard cash. This cash is funded by Mexican cartels, funneled through the local gangs and finally handed over when one school kid gives it to another.

While, in the past, U.S. gangs usually obtained their drugs through a middle man—who stood between the gang and the Mexican cartels—evidence indicates that U.S. gangs are now working hand-in-glove with the cartels, in order to cut out the middle man and increase profits. But the connection doesn’t end there. A Drug Enforcement Administration report, mentioned in the NGTA, states that local Los Angeles gang members assist not only in drug operations, but also in kidnappings.

What does this mean for writers?
Ms. Hutchings had yet to write her post, when I submitted my short story “Dancing in Mozambique” (EQMM July 2010) to her magazine. Yet, like any good writer, I’d studied their guidelines and read many copies of the magazine. I worried my story wouldn’t be accepted because I had a scene where a guy cuts a kid’s hand off with a meat cleaver. You don’t actually see or hear the chop. But, you do see the guy standing there, blood all over and the little kid’s hand held in his, afterward. Pretty strong stuff for a family publication.

I worried so much, that I worked and thought for days about how I might change the subject matter of the scene and still make the story work. But, try as I might, I just couldn’t. Finally, I surrendered and sent it in. I was grateful that EQMM took the story, and believe Ms. Hutchings probably accepted it because the scene was absolutely critical to the story’s theme. Nonetheless, I don’t plan to inundate any publication with stories featuring child violence.

Which leaves me with a conundrum. Kids being obliquely recruited by cartels is an important social issue, which mystery fiction is in a special position to comment on. As Mexican cartels strengthen ties with U.S. gangs, the pressure to write such stories will increase. However, the time when our writing might make its greatest impact is likely to be now, rather than later.

Balanced against this sense of urgency, though, is the natural reticence of a publisher to accept stories in which child-violence figures prominently. This leaves me wanting ask SluethSayers readers:

(1) Do you believe such stories need to be written? Or, do you feel mystery stories should concentrate on simply telling a story—leaving social commentary to other venues?

(2) If you believe subjects such as these should be tackled in contemporary mysteries: How do you believe we can best approach these stories, as writers, in order to make optimal social comment and impact, while still meeting editorial needs?

I’m interested in all your thoughts and comments. And hope you’ll click the “email me with updates” button on the comments page, in order to join a dialogue about this subject. As for me, I’ll be doing my best to stay with it all day long.