blockbuster
1. an aerial bomb containing high explosives and weighing from four to eight tons, used as a large-scale demolition bomb.
2. a motion picture, novel, etc., especially one lavishly produced, that has or is expected to have wide popular appeal or financial success.
Dictionary.com

As a writer of both novels and short stories and a reader of both mysteries and other kinds of fiction, I was thinking about the differences among these forms and genres this morning and found myself musing about the nature of a blockbuster. When I looked it up, I found that the common usage most of us know is only the second definition. I was also surprised to learn that the novels to which it may be applied aren’t necessarily long, though they do have to be explosive. 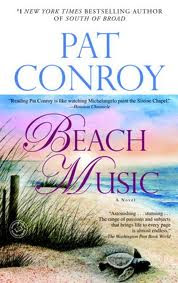 I just finished reading a novel that could be called a blockbuster by any standards: Pat Conroy’s Beach Music. The original hardcover edition, published in 1995, was 628 pages and weighed in at 2.4 pounds shipping weight, according to Amazon. The trade paperback edition I read came in at 800 pages and still ranks under 25,000 on Amazon, which means a lot of readers are still buying it. (For comparison, the Kindle edition of my second book, published in 2009, ranks 467,500 and change.) Conroy, author of Prince of Tides and The Great Santini, is frequently referred to as a beloved American author. Extrapolating from the definition, part of what makes a blockbuster is an author’s prior best-seller status. But let’s look at what Conroy manages to cram into his story of a dysfunctional family that manages to love and come through for one another in the end (a surefire recipe in itself), along with the vividly detailed setting in the low country of South Carolina, described in lush and lyrical prose that would make the book a literary novel if it hadn’t sold so darn many copies.

Into the hopper:
suicide
alcoholism
schizophrenia
cancer
domestic violence
survivor guilt
the Holocaust
the Vietnam War
the 1985 terrorist attack on the Rome airport
the Catholic Church
the military
the South
Sherman’s march to the sea
a near-death-at-sea experience
the fight to save the loggerhead turtle from extinction

Have I missed anything? I don’t think Conroy did.

As I read, I couldn’t help thinking about how Conroy constructed his story in a way that wouldn’t have got past a good critique group, no less an agent or editor, if it were a debut manuscript: paragraphs and paragraphs of lush description, masses of information about cooking, fishing, and architecture, and backstory or flashback sections running as much as 100 pages between sections that moved the story forward. I also popped out of lost-in-a-book trance at a couple of psychological anomalies: the cheater’s shortcut he took in dealing with the suicide by saying upfront that in this rare case, everybody who knew the lovely young victim forgave her instantly; the portrayal of the schizophrenic as a lovable eccentric who remained manageable even at his most unmanageable; and how much love remained in this severely dysfunctional family. But maybe that’s no different from any fiction, including movies, where the rigid, intolerant, or obstructive character sees the light in time for the happy ending.
Posted by Elizabeth Zelvin at 00:01