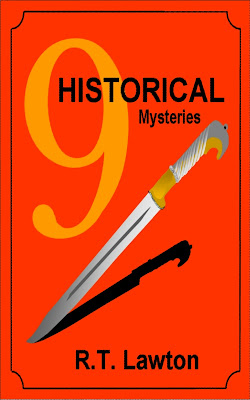 Today's bit is part personal experience in the e-publishing arena and part BSP. You may skim over the BSP part if you like, but it allows me to speak with a modicum of authority on various information I've acquired concerning the e-publishing world. By now, just about everyone has heard that e-books are outselling print books, which means some of the rules and procedures are changing fast. Authors, readers, book sellers and publishers find themselves in the position of trying to figure out the future of publishing and how it affects them now or may affect them tomorrow.
My first venture in was about four years ago when I signed a contract for a non-fiction work for hire under one of my undercover aliases. The advance was a nice high four figures, the main print royalties were running at ten percent and the e-book royalty was about the same. What did I know? Two years later, I'm conversing with a print novelist and find she is getting twenty to twenty-five percent e-royalties on her newly contracted print novels. Another year goes by, and this same novelist has her agent going back to older contracts and getting her previous ten percent e-royalties also increased to twenty-five percent. Then a couple of months ago, I hear that her new print contracts now provide for a forty percent e-royalty. That's pretty good, especially since the publisher does all the e-formatting, cover art and advertising.

As for me, I'm prinarily a short story author. Okay, so I know an Edgar Nominee who started out writing short stories and who now has an e-collection out consisting of previously published stories, some in Alfred Hitchcock Mystery Magazine and some in Ellery Queen Mystery Magazine. Since stories in those two publications tend to have a life span of about one month on the racks, it makes sense to expand their reading life via another form. My inquiries into the how-to-do-it led me much deeper into this new e-world.
Choices for e-books without print contracts:
1) Learn to do your own e-book formatting for Kindle and Smashwords (Nook, Sony, Apple, Kobo, etc.) and find your own cover art. Pro: you get 70% royalties. Con: you have to do your own advertising, marketing, promotion.
2) Do your own formatting and pay someone for the cover art. Same Pros and Cons as above,
except you're out front on the cost of the art.
3) Pay someone to do the formatting and cover art. Same Pros and Cons, except you're out
the cost of formatting and art as front costs.
4) Go with an e-publishing company who will do the formatting and cover art. In this case, the
author usually receives 42% royalties. Pro: the e-publisher does everything, to include
advertising. Con: the royalty is 28% less than if you could do it yourself.

NOTE: Formatting is different for Kindle than for other e-readers. My suggestion is to do both, but get the Kindle format up first. It seems that Amazon has much higher sales than Smashwords formats.

So, much of this equation comes down to how good are you at networking and marketing, and how much of the technical work can you or do you want to do on your own?

To receive payment for Kindle sales, you set up an EFT system with your local checking account. Smashwords requires a Paypal account to get your monthly e-book sales money. Or, the author can request a snail mail check for either e-market if so desired. Print and e-publishers have their own systems for paying e-royalties. 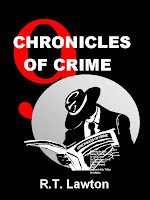 I happened to mention all this info to my Huey pilot buddy who in the past has parked us on pickup sized mesa tops for pit stops looking straight down at the lower landscape, dropped us out of the sky in auto-rotation, and flown nape of the earth where I could reach out and almost touch....oh, never mind. In any case, when he mentioned he could figure out how to do the formatting, I tended to trust him. Plus, he's the one who creates my annual custom Christmas card to Linda Landrigan, based on one of the stories she buys from me that year for AHMM. 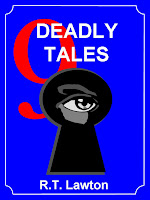 Thus, in July 2011, we got 9 Historical Mysteries up on Amazon, quickly followed by 9 Twin Brothers Bail Bond Mysteries, 9 Chronicles of Crime and 9 Deadly Tales. Within two months, the same titles went up on Smashwords for other e-readers. Several of these stories were previously published in AHMM, Easyriders Magazine, Outlaw Biker Magazine or elsewhere. Some are seeing print for the first time. When I write two more stories in my AHMM previously published Holiday Burglars series, we'll put up a 5th e-book collection. The cover's already made.

How are e-book sales going? Aaaaahhhh, I need to do more promoting, because while the money is free, I'm not close to getting rich. However, according to my first ever e-book review for 9 Historical Mysteries( http://www.overmydeadbody.com/rtlawton.htm ), I am now a "consummate story teller." No, she is not a relative and has no financial interest in the success or failure of the book. I don't even know the lady, but I surely do admire her taste in short stories.

Not too long ago, Rob Lopresti gave me an excellent review ( http://tinyurl.com/3hrhvrb ) on another of his blog sites for one of my Holiday Burglar stories in AHMM's October 2011 issue. He and I occasionally swap stories for critiques before subbing out to market. Whereas I consider Rob's clever stories to be in a more literary vein than mine, I see myself as merely telling stories to friends in a bar for laughs and grins.

By now, you've probably noticed this article hasn't addressed the issue of quality writing for e-books. Previously published works and those coming out from publishing houses naturally assume a higher level of copy editing quality than one put up as self-published by its own author. With self-published works, the potential reader risks a "buyer beware" situation. To counteract this, most e-book sellers offer a percentage of the book as a free sample download. The customer can then decide if the e-book is up to their reading standards and interest before they put their money down. 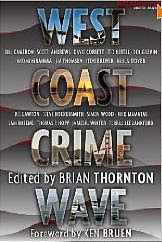 If you are a novelist, you are probably already involved in some aspect of e-publishing, even if it is merely the signing of your print contract. As a short story author, you may enter this arena by being accepted into an e-anthology or by deciding to put up your own e-collection of stories. For readers, your biggest decision is figuring out which e-reader works best for you, but you should know that those things are updating and changing rapidly with new technology. My current black and white Kindle 3G will download on a cruise ship in the middle of the ocean, and now there is already a color version for Kindle.