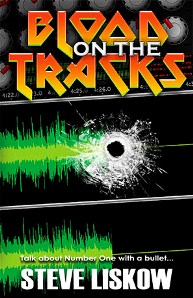 A little learning may be a dangerous thing, or it may be just enough to get by. What do you think?
Posted by Steve Liskow at 00:01 2 comments

Songs of Love and Death


by Steve Liskow
Not long ago, Leigh Lundin discussed the Hollies' "Long Cool woman in a Black Dress," so today I'm carrying the idea of crime songs off onto an abandoned siding.
I saw a wannabe rock 'n roller PI as a series character from the count-off, so I started a list of song titles that might work for mysteries, too. It wasn't a new idea. Ed Gorman used several rock and roll gems, including "Wake Up, Little Susie" and "Save the Last Dance For Me." Sandra Scoppettone punned on big band classics: "Let's Face the Music and Die," and "Gonna Take a Homicidal Journey," among others.

That first novel collected over 125 rejections. During those several years, I changed the PI's name three or four times before he became Chris "Woody" Guthrie and major plot points even more often. The title went from Death Sound Blues (Country Joe & the Fish) to Killing Me Softly With His Song (Roberta Flack) and at least one other title before it became Blood on the Tracks, a Bob Dylan album. The biggest surprise came when I hit on an idea for a major clue: an unreleased song by the now defunct band.

That song had to tie several plot threads together and connect female lead Megan Traine, the killer, the victim, and the recording session itself. Amazing though it may seem, no such song existed. My music theory is spotty and I read music slightly better than the average squirrel, but I wrote lyrics that connected Megan to the dead singer. Writing words was fairly easy, especially when I remembered that the song didn't have to be very good. But why would a trained session rat like Meg mess up playing it? 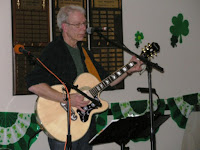 I pulled out a guitar and experimented with chords until I found one that sounded so awful that anyone would spot it as a mistake. Then I figured out how that mistake could appear in a session with excellent musicians. That song became a turning point in Blood On the Tracks. I never wrote the music down (too difficult for my limited skills), but I still know what it sounds like.

A few weeks ago, Brian Thornton talked about the fine art of Making Shit Up. As crime writers, we only have to know enough to sound convincing. Then we make shit up. That's what I did with the song. And I'm a repeat offender.

"Hot Sugar Blues" gave its name to a short story in the MWA anthology Vengeance, written around the theme of revenge. I had recently written a guest blog about plagiarism in rock, artists "borrowing" or worse from earlier sources, and the idea was still fresh in my mind when I wrote the story. I modeled the song on a combination of Skip James, Charley Patton, and Robert Johnson, all of whom often used alternate guitar tunings. The story involved a white rock star who stole his breakout hit from a forgotten blues player in the deep South and got away with it...until years later when Karma came calling. That story was a finalist for the Edgar and one of only two stories that sold the first time I sent it out. 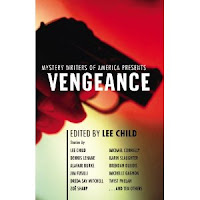 In the early 70s, the New Seekers covered Melanie Safka's "Look What They've Done to My Song, Ma," which suggested another plagiarism story. I never worried much about the melody, but I had far too much fun inventing lyrics with every line ending in the same rhyme or half-rhyme. I finally backed off on that idea and added other rhymes, but an early demo version of the song in progress leads Woody Guthrie to the truth again...and harmony is restored.

I have another story making the rounds now that tells a dysfunctional family story the heroine thinks is simply an old folk song until she discovers a tape cassette. She figures out that her relatives wrote the song about a local murder. More or less a parody of an Appalachian ballad, the five-verse song still sleeps in a pile of random scribbling on the corner of my desk. 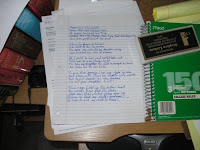 I never wrote out the music, but, again, I know what it sounds like. If the story ever sells, I may ask one of my more accomplished musician friends to help me finish the darn thing. They'd end up doing most of the work, though. I'd compare them to George Martin working with John and Paul, but humility tells me that wouldn't float either.

Christopher Moore's great take on research is something like "How vague can I get before people know I'm making it up?" Every writer has a few topics he or she knows just enough about to fake his way into deep woods. Maybe it's music, painting, or photography. Maybe it's cooking, theater, or computers. Maybe it's lacrosse or bridge.

Who cares? When we're talking about mysteries, we all become the sorcerer's apprentice. We know just enough to get ourselves into trouble.

The real fun comes when we're trying to get back out.
Posted by Steve Liskow at 00:01 6 comments

Let’s be real, I could write about crime songs all day, because there are a billion of them. But we’ll come back to this series every so often, because songs about the wrong side of the law are my favorite genre of music. This month’s theme? The criminals themselves, the best of the bad guys and all of their gruesome deeds. Consider this the start of your master heist mix tape.