Playing Fair, or the Death of Logic


by Steve Liskow
A few weeks ago, I was reading a novel I'm supposed to review, and I encountered a dialogue exchange that brought me to a screeching halt. The protagonist and his sidekick were talking abut a new discovery in the case, and the sidekick said, "Well, that proves that we've been right all along and X did Y."
I re-read the previous few pages three times because I thought I must have missed something, but no, the passage proved nothing of the kind. That conclusion couldn't possibly come from the information in the scene. It was the third or fourth time that happened in the book, and I'm going to mention it when I post the review. I see this problem and the ever-popular Deus ex Machina more and more in recent novels, and it bothers me. 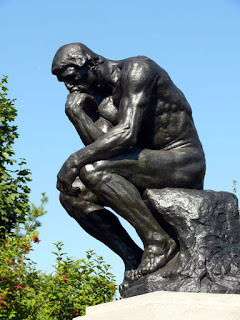 What bothers me even more is the frequency with which it's creeping into my own life. And maybe yours, too.

I try to keep my personal politics out of this column even though my leanings are no secret. Last month, a very conservative musician I've known for years made a comment and I disagreed. He brought up a point I'd never heard before and I asked for his source. He replied, "Clinton."

"No," I said. "You say that Clinton did A, but that's not your source. Where did you get the information?" Bad mistake. He went off on a rant that added more information that was so obviously false that I walked out of the open mic without playing. Back home, I browsed for two hours, looking for confirmation of his claim, and the closest I came was a site labelled by Media Bias as "A propaganda site that uses false or misleading data to promote a far-right agenda." The post in question used the key words from the musician's assertion, but didn't make the claim he repeated. And that post was over a year old.

This is the level of discourse we have reached. Large segments of the population no longer treat science, mathematics, history or other intellectual disciplines as valid, and it has damaged--if not eliminated--rational discussion. 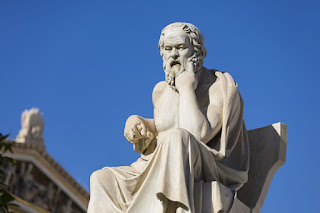 When I was in high school, several friends were on the debate team, with an adviser who was respected throughout the region as an exemplary teacher. I didn't take the class because I was so shy, but I learned second-hand about reductio ad absurdum, begging the questions (Which does NOT mean "motivating or giving rise to the question"), ad hominem arguments, false premises, and many other specious rhetorical techniques. Years later, I presented those techniques in my composition classes as faulty was to support a thesis.

I even used to tell my kids that the best class I ever had in learning to support an argument was plane geometry. We used axioms to prove theorems and theorems to solve equations, and we could support every statement we made. We also learned how to build the sequence concisely and clearly.

All that is fading. Too many people now invent data or facts on the spot to win an argument that may not even be worth having. It has infected fiction writing, too. More and more, I see language used poorly by major writers, and they can't build a logical argument/plot to lead to the solution of their mystery. Rex Stout used to drive me crazy with Nero Wolfe's passionate love of inductive instead of deductive reasoning, but it was a supportable discipline. Now, far too often, I know you walk to school because the tissue paper is orange on Tuesday. 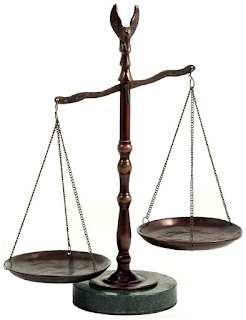 We need to go back to teaching rhetoric and insisting that our students say what they mean, mean what they say, and understand the difference. Dreyer's English, Garner's Modern American Usage, a good dictionary and a good grammar book should be on every writer's desk. When Humpty Dumpty said he used a word to mean what he wanted it to mean, it used to be a joke. Now it's a fact of life.

And it's dangerous. Ask Greta Thunberg.
Posted by Steve Liskow at 00:01 5 comments


by David Edgerley Gates
A friend of mine was wondering the other day why common expressions get dumbed down, in terms of usage being corrupted. It was because I'd used the phrase 'rhetorical question,' and he wanted to know exactly what that meant. Not that he hadn't heard it before, but how had it come to mean what it's now taken to mean, and were we even using it correctly? 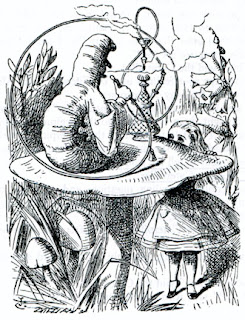 I had to think about it. I decided it originally meant a question intended to spark discussion, a rhetorical device, in other words. Then why, Tony asked me, does it mean a question with an obvious answer, something that goes without saying? In this sense, Tony himself was posing a rhetorical question, something to encourage conversation or deepen our curiosity.

Why does language get less precise? We know English isn't static. It's full of borrowings, and disharmonies, and new constructions. Usage is a moving target. Leave it to the French, naturally, who being French have an Academy to settle these difficulties. The problem being that nobody under the age of four score and ten bothers to pay any attention. Younger people go right on using 'gigabyte,' or whichever neologism or borrowing fits the bill. If everybody else in the world is comfortable with the word, why complain that it lacks authenticity? Orthodoxy is itself suspect. Judgments are arbitrary. Who's being held to which standards?

It's curious, nonetheless, how vocabulary moves into common currency, and loses its specificity. Some of this is a broadening, or dilution, but some of it is almost willful misapprehension. Freudian, for example. Does it mean anything at all, other than being generally dismissive of self-examination, conflating it with self-indulgence? (You can be impatient of narcissism without discarding any and all inner reflection.) Another one is Darwinian. I'm thinking particularly of the expression 'Social Darwinism.' It's taken to mean a barbaric compact, brute force, the weak trampled underfoot, which describes the condition, but Darwinian it ain't. Survival of the fittest had never meant the biggest, baddest predator in the jungle, it's in fact more appropriate for the elusive prey animal who lives to see another day, and breeds for stealth. 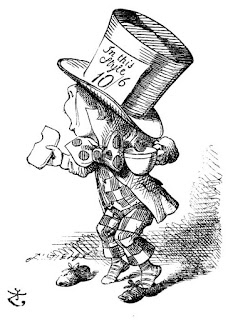 Admittedly, we're talking science here, and complicated ideas get the pulp squeezed out. Marxist, there's a good candidate that's turned into a catchall. I think we might be talking about a general carelessness, or simple mistrust of ambiguities and contradictions, a constipation of our mental bowels. Thinking makes your head hurt, let's face it. Labels come easier. But that's almost presupposing a dumb gene, and dumb isn't a survival mechanism. Or what if it is? What if it's a social survival mechanism? Maybe it's about the aggregate comfort zone, not the individual's personal comfort at all.

Getting into deep waters. Maybe all it is, is laziness. Do we hear a double-negative in 'I Couldn't Care Less,' and lean into the wind? Or is 'I Could Care Less' not a correction of grammar but a contraction, one less syllable, one less hesitation in our thought process, a slip of the tongue? Language is an amalgam, and impure, but all the same, we keep trying for accuracy. The purpose of language, the purpose of words, is to explain ourselves. We can obviously use language to misdirect, to deceive or obscure or conceal - our words may be false, but they still have weight - and does a cracked glass then ring true?

If we lose meaning, if we pretend a thing is what it is not, we're substituting a false equivalency. It all weighs the same. Nope. Look again. Your glass is empty. 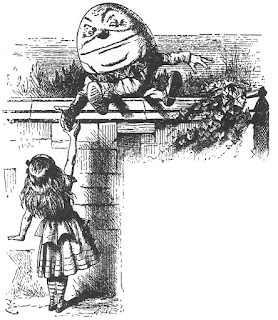 "When I use a word," Humpty Dumpty said, "it means just what I choose it to mean, neither more nor less."

"The question is," said Alice, "whether you can make words mean so many different things."

"The question is," said Humpty Dumpty," which is to be master - that's all."