by Fran Rizer
O. Henry was one of my favorite writers when I was a child.  I loved the surprise endings in each of his tales.  Almost everyone is familiar with some of his short stories, especially "Gift of the Magi" and "Ransom of Red Chief."  My favorite was "Mammon and the Archer."

Periodically, I survey my universe and eradicate the negatives, which has frequently led to breakups with gentlemen friends. This tends to correspond with "cleaning out my library" which results in my giving away books which I later wish I'd kept.  Inevitably, I've changed my mind and wanted those stories back, (though not the gentlemen friends), so I've bought numerous copies of the Complete Works of O. Henry through the years. I enjoy his work now as much as I ever did.

William Sydney Porter was born in Asheville, North Carolina, but began receiving recognition for his writing under the pseudonym Olivier Henry while living in Texas, where he was convicted of embezzlement and spent time in prison.  Upon his release, he moved to New York City and began writing under the pen name O. Henry

Since his death at age forty-seven, O. Henry has had several supporters offer evidence that he was innocent of the embezzlement.  There is an O. Henry Museum in his honor in Texas.

Regardless of  his youthful guilt or innocence, O. Henry remains one of my favorite writers and an inspiration for the unexpected ending.  Needless to say, he immediately came to mind when I discovered PARAPROSDOKIANS.

PARAPROSDOKIANS are figures of speech in which the latter part of a sentence or phrase is surprising or unexpected and frequently humorous.  Sir Winston Churchill loved them, and I'll bet O. Henry would have, too.

3.  Since light travels faster than sound, some people appear bright until you hear them speak.

5.  War does not determine who is right--only who is left.

6.  To steal ideas from one person is plagiarism; to steal from many is research.

7.  I thought I wanted a career, turns out I just wanted paychecks.

8.  I asked God for a bike, but I know God doesn't work that way, so I stole a bike and prayed for forgiveness.

10.  Women will never be equal to men  until they can walk down the street with a bald head and a beer gut and still think they are sexy.

11.  A clear conscience is a sign of a fuzzy memory.

14.  To be sure of hitting the target, shoot first and call whatever you hit the target.

16.  Change is inevitable, except from a vending machine.

17.  Going to church doesn't make you a Christian any more than standing in a garage makes you a car.

18.  I am neither for nor against apathy.

20.  Knowledge is knowing a tomato is a fruit; wisdom is not putting it into a fruit salad. 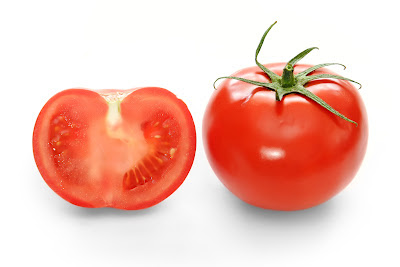 How about you?  Do you have a favorite of the twenty PARAPROSDOKIANS above or perhaps one not listed?  Better yet, make one up and share it!


by Dale Andrews
A hallowed device in the mystery writer’s lexicon is the twist ending – an unexpected event that throws all that has preceded it into a different light.  As kids we all loved the Twilight Zone and Alfred Hitchcock Presents, and our adult lives have often been spent grumbling over the fact that so many of the great twist endings were used while we were still in grade school. (Dammit, I could have written that story about the frozen leg of lamb!)  The twist ending is not relegated solely to novels or short stories; it also exists in more minimalistic surrounds as the paraprosdokian.

I knew the device long before I knew the device’s name.  "Paraprosdokian" comes from Greek "παρά", meaning "against" and "προσδοκία", meaning "expectation."  A paraprosdokian is a figure of speech used to describe an observation, framed in a phrase or a sentence or sentences, in which the ending is surprising or unexpected in a way that causes the reader to reframe or reinterpret the observation as a whole.  A classic example is:  “I want to die peacefully in my sleep, like my grandfather; not screaming and yelling like the passengers in his car.”  Another is:  “The last thing I want to do is hurt you. But it’s still on the list.”

Sometimes the basis for a paraprosdokian relies on a word that can have two meanings.  Generally these can be completed with the phrase “you can say that again.”

Paraprosdokia are particularly popular among satirists. Tom Lehrer (who turned 84 last week), introduced a song with reference to his college roommate who he described as having“majored in animal husbandry . . . until they caught him at it.”  And Mort Sahl (who turns 85 next month) once observed “my right is your left, which is increasingly becoming the problem in this country.”  Will Rogers also used the device – “I belong to no organized political party.  I am a Democrat.”  Rogers also said that “Ohio claims they are due a president as they haven't had one since Taft.  Look at the United States, they have not had one since Lincoln.”  (That quote apparently pre-dates the election of Warren Harding, which shows that Ohio should be careful what it wishes for.) 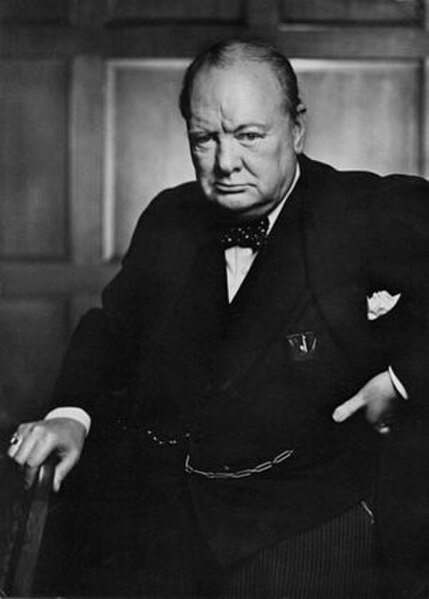 Among politicians, Winston Churchill was probably best known for relying on paraprosdokia to make a point.  Among his classic observations are:

Probably the consummate expert in Paraprosdokia was Groucho Marx.  At one time or another Groucho uttered all of the following:
Groucho advanced the art form even further, at times combining paraprosdokia with outrageous puns.  Examples include:
A spin through the internet uncovers many other unattributed examples of this engaging figure of speech. (Some of these examples stray a bit from the paraprosdokian formula, but what the hey -- they are funny!)
Having spun all of this into an article, I suppose the best way to close is with one last paraprosdokian that sums up the writing process for this piece:

To steal ideas from one person is plagiarism. To steal from many is research.

(Be sure to click the link for a rousing send-off!)