by Leigh Lundin
On Thursday, Eve Fisher set aside her usual article and wrote a heartfelt piece about opinion-mongers that judge the three young women who survived imprisonment by Ariel Castro. In a one-size-fits-all society, some people find it hard to understand different people react differently in differing situations. Patty Hearst paid for such judgment after her abduction because prosecutors and the public couldn't understand she'd been brainwashed and probably remains affected to this day.
A person can never tell how they'll react until events overtake them. My own reaction to armed robberies has been an out-of-body distancing: I felt like I was above it all looking down, not fearful or angry but sort of an unreasonable reasonableness. I patiently argued with them: No, I wasn't going to give up my watch and wallet. It wasn't the smartest response and there wasn't anything brave about it, but it was my reaction, one of an untrained man in a dangerous quandary who can't bear being pushed around. Perhaps that's part of the answer: in tense situations our innermost instincts emerge. 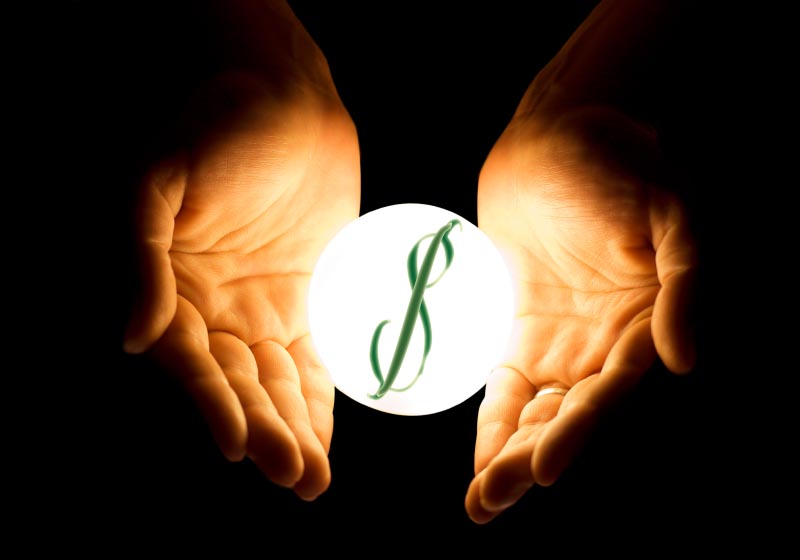 As much as sick Cleveland abductor Ariel Castro disgusts me, another type of predator preys upon victims in the guise of 'helping' others. They call themselves…

Whenever a personal disaster strikes, slimy, slippery-tongued parasites crawl out of money-lined holes. They dispense advice and 'readings' to anyone who'll listen, hoping to make money from another's misery. Marc Klaas, father of a little girl who was raped and strangled, says "You become increasingly desperate and afraid. Every day the police don't find your child, you think they're not doing their job. So you go elsewhere, and psychics put themselves out there as a very viable solution." He goes on to say, "I call them the second wave of predators. First you lose your child and then these people descend. Every time."

Contrary to public relations and opinion, study after study demonstrates predictions are almost always wrong. Nevertheless, psychics invariably find a way to reflect wrong predictions in their favor. In the Caylee Anthony case, close to ninety psychics descended upon Orlando to 'help direct' the search with spirit-guided 'blind driving'. A blathering Nancy Grace went on the air to beg the public to let the "professionals, the police and the psychics, do their job" to find the missing girl.

In fact the psychics, all 86 of them, got the location absolutely backwards, pointing the police in the wrong direction. Out of the first 2500 tips, all but two were from psychics, all of them wrong. And yet by the time of the trial, at least one medium managed to insinuate he'd been right although he hadn't managed to pinpoint the body even after Roy Kronk stumbled across the remains. Blind monkeys throwing darts at a map could have done better.

Nor is Caylee Anthony the only case occultists botched in Florida. The state boasts its own clairvoyant town– Cassadaga. You'd think with so many preternatural mediums gathered in one spot, crime should become a thing of the past, if not abolished at least rapidly solved. Sadly, that's not been the case.

In 1979, St. Cloud police relied upon Cassadaga fortune tellers rather than criminal science to assist in a then-rare homicide of a preacher's wife. They failed miserably. Years later, a new police chief and detective reopened the cold case in 2010 and, with proper investigation, came up with the killer.

But Cassadaga wasn't done embarrassing itself. In 2001, Lillian Martin and her grandson, Joshua Bryant, disappeared from nearby Deltona. Psychics tormented the family and variously predicted the grandmother had kidnapped the boy –or– the parents had killed them –or– they were abducted by a long-hauler at a truck stop. Psychics failed to predict they were apparently murdered by confessed killer Douglas McClymont and that the body of Joshua would be found three years later virtually on Cassadaga's doorstep.

But even Florida has its limits. After a dozen states complained, the Feds and the attorney general managed to take Miss Cleo, the actress with a fake Jamaican accent, off the air, but not before she'd conned a handsome living out of her bogus 'readings'.

The human mind has a way of convincing itself of things that aren't true. Therefore, I admit a few people may honestly believe they have prophetic dreams or psychic powers. They may be exceptionally good at reading people. I knew one of these for many years and she insisted she was never wrong, and indeed, she was right at least 49% of the time.

Her sister had an amazing talent too, that when she gambled, she never lost. Ever. And yet, when I was with her when she played slots or bought lottery tickets, I never saw her win once. Ever. And yet, she continued to insist, even to me, that she always won. Rob Lopresti quoted Francis Bacon who said the root of all superstition is the human tendency to remember hits and forget misses.

These sisters (two of five) were part of a family fractured by a radio psychic. Their mother's gold cross had gone missing. After months of anger and accusations, another sister phoned a 'world famous psychic' to ask about the missing cross, revealing suspicions about a nephew. The psychic agreed it was obvious the young son of yet another sister had stolen it. The old woman immediately disowned that daughter and her family. Years later, the case for the cross turned up– in the house of the sister who'd originally phoned the psychic.

The Magic of Mental Meddling

Multiple studies of paranormal predictions have discredited psychics and clearly proved several frauds. Subjects respond that scientific approaches and apparatus disrupt the metaphysical fabric of the other world and make it impossible for spirits to function on our side of the curtain. They claim the scientific community is out to get them. They claim the spirits won't speak in controlled environments.

But science professionals aren't the only fronts exposing fraud among spiritualists. A handful of magicians have taken on the task, most notably the Amazing Randi who offers a million dollars ($1,000,000) to any psychic who can prove their mettle. None has passed the test, including Uri Geller.

On Halloween night 2007, magician Criss Angel challenged Uri Geller's psychic ability, offering him a million dollars to prove he was the real thing. Geller could not. Criss Angel wasn't the first to discredit Geller and the list of his skeptics includes Johnny Carson. As far back as the 1970s, a French magician duplicated Geller's so-called feats of mentalism "even more convincingly than Geller." Eventually, Geller's stage manager, Yasha Katz, admitted Geller used simple stage tricks.

Geller blew his big crime chance when he was called in to investigate the disappearance of model Helga Farkas. Geller predicted she was alive and well, when in fact she'd been abducted and murdered.

And now, back to our story… 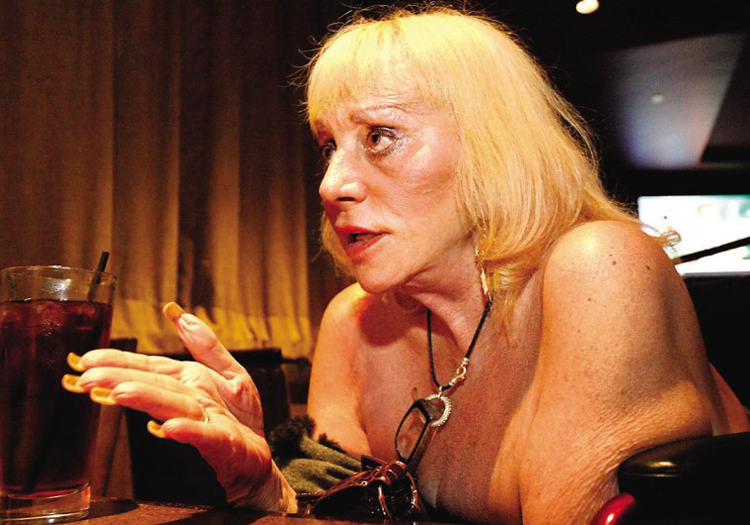 And so we return to the case of the Cleveland kidnapper. To the disgust of many and the surprise of few, in 2004 infamous psychic Sylvia Browne told Louwana Miller, mother of Amanda Berry, her daughter was dead. The mother died the following year of, according to friends, a broken heart.

And yet after Amanda Berry's release, her cousin Sherry Cole "reached out to Browne" on Wednesday to offer support. "Our family in no way blames Sylvia. … We still love her and believe in her."

Jon Ronson, columnist for The Guardian, believes people are too polite to challenge the celebrity psychic. He's made sort of a project out of Sylvia Browne. Over the years, he's documented one failed prediction after another.

Extensive studies of Sylvia Browne proved false her claims she's more than 85% correct, concluding she erred in virtually every substantive prediction,  although in the majority of cases, Browne's 'help' was too vague and watery to be useful, e.g, "I see two boulders somewhere…"

In other words, if you find yourself blest or beset with a Sylvia Browne prediction, you can pretty much bank on the opposite outcome. Again quoting her ex-husband, Gary Dufresne, after a tarot reading party: "I said to her as we were washing dishes and she was wiping, I said, 'Sylvia, how can you tell people this kind of stuff? You know it's not true, and some of these people actually are probably going to believe it?' And she said, 'Screw 'em. Anybody who believes this stuff ought to be taken.'"

It's bad enough Nancy Grace puts psychics on an equal footing with police investigators, but it's truly embarrassing when police listen to psychics and follow up their 'leads'… which are almost invariably wrong.

The Guardian's Jon Ronson asked CIA psychologist Dr Ray Hyman why the agency and police departments bother to employ psychics. "People are basically nutty, which means there are just as many nutty people within our government and our law enforcement agencies as there are outside them."

Ah, so that explains it. Special Agent Chris Whitcomb of the FBI and the National Center for Missing and Exploited Children maintain that to their knowledge, psychic detectives have never solved a single missing-person case, not one, not ever.

Unfortunately, I predict desperate families and police departments will continue to hire clairvoyants. I must be psychic.
Posted by Leigh Lundin at 00:00 14 comments