On the 1st of January, two seminal and opposing books entered the public domain. One of these books transmuted the world. The other, which came about as an indirect result of the first, transfigured it. 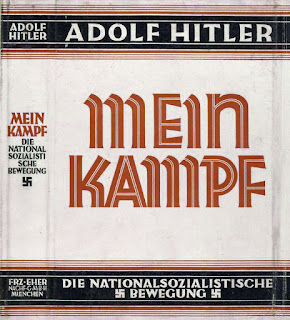 Mein Kampf was actually published by private press, Franz Eher Nachfolger GmbH, purchased in December 1920 by the fledgling Nazi party. Hitler’s original title, Viereinhalb Jahre (des Kampfes) gegen Lüge, Dummheit und Feigheit, or, Four and a Half Years of Struggle Against Lies, Stupidity and Cowardice… You begin to see the problem of a book written by an angry, poorly educated man. Publisher Max Amann quickly shortened the title to Mein Kampf (My Struggle), but it would take subsequent editions to correct the many grammatical and spelling errors.

Hardly a runaway best seller, Nazi party members were its intended audience. As Hitler gained power and prominence, sales increased and during the Third Reich, the book was often given as awards and gifts. The government gave special boxed editions to wedding couples.

Hitler expressed later regret, saying he’d never have written the thing if he’d known he’d actually ascend to supreme leadership in Germany. Part of that regret was that he’d too clearly spelled out his plans for what he considered Germany’s historical enemy, France, and his intentions for Russia, Poland, Britain, the Jews and the Slavs.

Few Germans actually read the book and even Mussolini admitted he hadn’t been able to wade through it. Foreign translations were deliberately softened. Houghton-Mifflin offered an ‘official’ abridged English translation that omitted Hitler's most anti-Semitic and militaristic statements. When a small Pennsylvania publisher, Stackpole and Sons, released a complete translation by William Soskin on that same day, Houghton-Mifflin sued and won, claiming exclusive rights.

An alarmed American UPI reporter in Germany took action of his own. A young Alan Cranston (yes, THAT Alan Cranston, later to become Senator Cranston of California), issued his own translation, the parts Houghton-Mifflin left out, that more accurately reflected Hitler’s horrific vision. Again Hitler’s publishers sued in American courts and won– but not before Cranston managed to get a half-million copies into readers’ hands.

From the end of WW-II until now, the state of Bavaria has held the copyright and refused to allow re-release of Mein Kampf in Germany, although with millions in print during the war years, copies were readily available. Now that copyright has expired. Bavaria will authorize annotated editions, printings that contain critical assessments.

A corollary to Godwin’s Law says that mention of Hitler or Nazis brings discussion to an end, but better is to come. 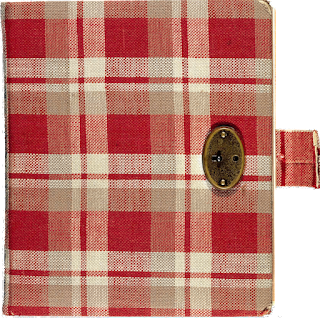 The Girl Who Would Be Famous

For her bat mitzvah, Dutch schoolgirl Annelies Frank received a red-and-white plaid diary, one that would become known around the world. For two years, Anne bared her soul about her feelings and thoughts of those around her and the outside world. Her dream was to become a famous writer and journalist. And so she did.

It turns out the edition of Anne Frank’s Diary students read in school from the 1950s through the 1970s was edited to remove criticism of Anne’s mother and observations about her own, growing sexuality. A few parents (usually without sullying their minds by reading the text), have attempted to ban the book from American schools as recently as 2010 and again in 2013, calling the writings ‘pornographic’.

In fact, multiple editions are known to exist, at least two in Anne’s handwriting. In March 1944, Gerrit Bolkestein, a minister of the Dutch government in exile, announced on the underground Radio Oranje that diaries would be collected after the war to memorialize the suffering of the Dutch people. Upon hearing that, Anne began to rewrite her diary on loose-leaf sheets.

In August 1944, an unknown party betrayed the Frank family to the occupying Nazis. Six months later, Anne and her sister Margot died in Bergen-Belsen weeks before the camp was liberated by Allied troops.

Now comes a disturbing claim from the Anne Frank Fund in Switzerland: In fighting off the loss of copyright (and loss of royalties), they now assert Anne’s father, Otto Frank, was co-author. They also argue that their copyright claims should start the clock in the 1980s, the first appearance of the unexpurgated version.

The foundation’s short-term greed threatens to dilute the message and meaning of those precious writings. Fortunately, courts have ruled that an editor is not a co-author. Nevertheless, the Swiss foundation continues to lay claims to copyrights.

Two historically significant documents that could hardly be more different, one born in darkness, the other forged with hope. Have you read either? Or both? Which do you recommend for school curricula?
Posted by Leigh Lundin at 00:00 10 comments