Hi Infidelity– The Rules have Changed

After an exhausting tax day, Nancy Donis announces she’s dashing out to sup with friends in nearby Elizabeth. “Gotta run, toodles, ta-ta.” Mr Donis is not invited.

Sean Donis remains home to babysit their 4-year-old child. Facing a dinner choice of hotdog tacos, hotdog pizza, or hotdog with cornflakes, Sean looks for the iPad where he kept his unfinished novel.

It is gone, missing. His child doesn’t know about it, the family pooch swears it hasn’t eaten it, and the pet turtle claims it hasn’t seen it since last Tisha B'Av. Where, O where?

Mr Donis turns on his iPhone and activates the app, Where’s my iPad. Instead of hearing beeps from under the sofa, GPS shows the iPad crossing the border into New York.

Possibly he felt fear for her life– car-jackers, mall robbers, hostile Russian political operatives. Perhaps to save her, our protagonist stashes young child with grandmother, puts on cape, and swoops off to the rescue.

At this point, Mr Donis crosses the line, literally, from New Jersey into New York, or from a legal standpoint, from the frying pan into the fire. The iPad leads him into a morally sordid suburb in Pomona in Rockland County. There he finds the family Ford Edge, its hood warm, passionately warm to the touch.

The iPad’s signal leads to a front door… unlocked. Who in their right mind in New York leaves a door unlocked?

Armed with only his iPhone, Sean Donis dashes inside. Upstairs he finds wife Nancy with her boss playing swallow-the-leader, hide-the-zucchini and other parlor tricks. In shock, Sean drops the phone.

Lopez, a real-life orthopedic Batman fan, leaps from his insemination experiments to grab Sean. He threatens Donis’ life, demanding to know “if (Donis) wanted to die.”

A devastated Sean says, “Kill me. I don’t care.”

Here we come to the crux of the matter. Professional foot fetisher fondler Lopez is so traumatized threatening the life of the man he’d just cuckolded, he presses charges against his victim.

Rockland County prosecutor Nabeela Mcleod, watching Jersey Shore reruns and bored from polishing her nails hour after hour, jumps on the case. She develops a legal theory her constituent has been victimized when discovered bangin† another man’s wife. The prosecutor files burglary and unlawful surveillance charges against the wronged husband, the victimized father. She seeks a 15-year sentence.

Poor PTSD afflicted banger† Lopez, now aggrieved, says the wife lied and kept her marital status hidden from him, her employer. He claims he didn’t know she was married and living with her husband and child. This contradicts his own testimony when asked, “Did you even think what effect the defendant finding out about you two would have … on their child?” He answers, “Yes.”

Suing the victim sounds like an upside-down alienation of affection tort. Whereas the state once sided with the wronged party, this perpetrator has engaged the state for his own spiteful ends. Lopez has prosecutor Nabeela Mcleod gleefully pursue the poor husband through the courts, adding insult to injury.

Set aside the moral issue, the right or wrong of Mrs Donis and Mr Lopez to ‘bang’ whomever they  wish. The question I pose is whether Lopez and Mrs Donis… and the prosecutor… should punish Mr Donis for catching them in the act?


† I might have chosen another word, perhaps politer, perhaps not, but ‘bang’ is the verb used repeatedly in Mr Donis’ court hearing.

Note:
In this sarcastic opinion piece as in all SleuthSayers articles, actions and accusations are ‘alleged’. Don’t sue us– we’re broke.


by Leigh Lundin
Consider this paragraph by Edward Tenner in The Atlantic:

If you were trying to discredit [the] self-publishing model aimed at eliminating conventional publishers as obsolete “gatekeepers,” relying instead on crowd-sourced reviews, what would you do? Here’s a thought: Why not work from within?

The sentiment hints at the deep resentment, distrust, and paranoia 'self-pubbers' harbor against the establishment, traditional publishing, 'gatekeepers' being a pejorative term for editors and publishers who, in the eyes of vanity press proponents, refuse to recognize truly great works of literature. But more than that, the article documents a few authors manipulating the publishing industry. 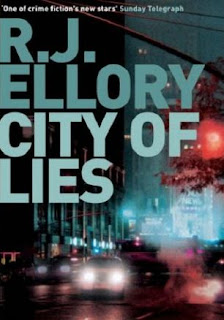 Some time back, Stephen Kelner and I among others took part in a LinkedIn discussion about self-publishing 'democratization', another code word aimed at wrenching righteous control from the publishing barons. Respected reputable authors thought it scandalous that fly-by-night entrepreneurs offered 'positive reviews' for sale, but self-pubbers, many who put in days, even weeks of labor (oops, my sarcasm is dripping), saw nothing wrong and everything right with buying positive reviews, part of their weaponry in their battle to bring down the giant publishing industry conspiracy. Why risk a tough but possibly honest reviewer like Liz Bourke?

Some paid reviewers advertise blatantly, but other don't. It's not unusual to see 'full service' self-publishing consultants and some of these include positive reviews as part of their services packages.

But wait… there's more. Once mainline publishers understood what the vanity press knew all along– that some people will pay actual money for the privilege of being seen in print– publishers began to cash in. Harlequin was among the first, selling their rejected authors on the pay-to-publish idea. The RWA and MWA forced them to alter their business model– they now outsource that end of their business– but the profit motive is still there. Kirkus and Amazon followed– they sell reviews although they don't guarantee a happy result like Darcie Chan's.

It turns out many of the so-called indie self-pubbers were shocked, shocked I tell you, that vanity presses don't provide the publicity and marketing like the big houses that they worked so hard to bring to their knees. Publishing houses were worse than ever suspected– surely there had to be collusion and conspiracy if some authors were not only published for free, but were actually paid. But eBooks… eBooks could set you free. As Christopher Moore said,


[T]he eBook business was never about books. It hides in the book world; wants to be accepted as a book world that readers and authors can trust.

Not so long ago, romance author and Highland Press owner Deborah MacGillivray built up a Yahoo group called Ladies in Waiting whose purpose was to promote MacGillivray's novels and trash naysayers. The group used 'clickies' to deride any negative or even tepid Amazon reviews, triggering Amazon's computers to nullify the mildest of critical reviewers and disable their accounts. 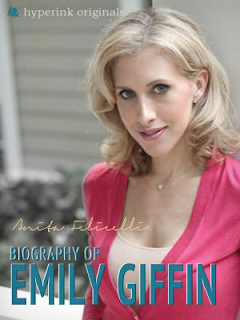 Romance author Emily Giffin (the one who whines about being only #2 on the New York Times Bestseller List) and her clan reportedly attacked a couple of reviewers– one professional, one not– for daring to besmirch one of her books with 1-star reviews, then demanded the reviewers remove them for their own safety. Legions of fans began harassing reviewers to the point of death threats, yet the hubris of Griffin's response implied the fault lay with the victim– the reviewer.

I was struck by one thing that seems to have escaped the notice of most. Apparently Amazon quietly de-linked those reviews. Was it to protect the reviewers or protect sales of a top-selling author?

More recently, we learn John Locke, the first self-pubber to sell more than a million books on Amazon, wasn't so Indy after all. Similar to those exposed by New York Times' David Streitfeld and spotlighted by our friends Lee Goldberg and Leighton Gage, Steve Mosby, Dan Waddell, Stuart Neville, Jeri Westerson, and spy master Jeremy Duns among others, Locke paid for more than 4500 scintillating fake reviews to pave his way onto the bestsellers list. A former door-to-door salesman, Locke said,


Reviews are the smallest piece of being successful, but it’s a lot easier to buy them than cultivating an audience.

Like Kevin Wignall, my greater concern isn't about Locke buying votes who merely manipulated the system, it's the playground bullying of MacGillivray and Griffin, authors who've come to represent the darkest side of this new world of ePublishing. 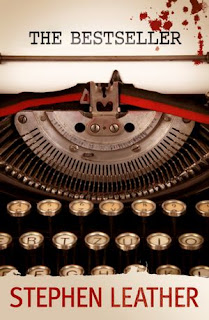 Switch back to the UK where literary bury-your-critics has become a rampant low art form, symbolized by historian Orlando Figes. Yet another scandal is brewing. Top best-selling author Stephen Leather not only admits to fabricating positive reviews for his own novel, some allege he set up shell reviewers ('socks') to trash competitors while others accuse him of relentlessly bullying those who got in his way. The modus operandi isn't unlike suspicions leveled against Roger J. Ellory and Matt Lynn, the latter a business journalist who should know better.

I don't know the men and I hope the accusations are wrong, but I smell a cesspool when a stench reaches my nostrils. As much as I detest vanity presses that exploit desperate wannabees, at least CreateSpace, AuthorHouse, and PublishAmerica offer a seamless if hollow illusion of being published. Clients who consider themselves ground-breaking 'indies' must comprehend they're preyed upon even as they dream they're striking blows for that illusive 'democratization', in what author David Hewson calls the 'phony revolution'. The successful don't buy one review, they buy thousands, then, if they don't like tepid reviews, they kick the crap out of critics.

Some in the self-pub trenches will be disappointed, but others will say, "Damn! So that's how it's done!" While bad reviews can be disturbing, they don't have to be a death sentence. Jason Boog surveyed bestsellers, some with up to hundreds of 1-star reviews, with surprising results.

Peculiarly to many of us, Leather and his ilk not only seem unfazed by the revelations, but they appear proud of their accomplishments. To bring out the buying fools, they seed the mines with fool's gold and kneecap challengers. They aren't so much sock-puppets as puppet-masters. As they pointed out, their efforts might be unethical, but they aren't illegal– they're calculated business decisions. All they did was ruthlessly manipulate a willing market to 'create a buzz' and become tax-paying millionaires.

This rough, raw, rapacious law of the land isn't about the books. It's about connivers who, in the words of Christopher Moore, have become 'superior tribe accumulators'. They bought a larger tribe, and the rest of us fail to understand:


[Once] books were read and admired across class, religious and political divides… writers didn’t write down to their audience. And that audience was book orientated, cohesive, and quality minded. In their day, books were an important part of the intellectual domain that educated people were expected to read and expected those in their circle to read. When the content of books were the subject of conversation.

That time has gone.

Perhaps true, but still, I lament…

Fool us once, shame on them. Fool a million, shame on us. Shame.

Note: As with all articles in SleuthSayers, the above are opinions of the author based upon the latest available research and alleged actions of persons involved. Parties are considered innocent until proven otherwise.
Posted by Leigh Lundin at 00:01 11 comments