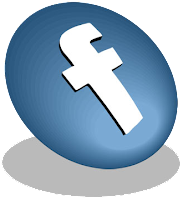 Although I maintain a professional profile on LinkedIn and CrimeSpace, some of us aren't particularly geared toward social media. The phrase "my life is an open book" isn't my cup of tea; I value privacy too much.

But authors must reach out to fans, right? 'Yes' is the obvious answer and John Floyd advised me to give facebook a try. That… didn't… work out so well.

I signed up. It asked for my address book and I refused– I always refuse to allow programs access to my address book– too many ways trust can be misused and facebook is notorious for abusing trust. It has one of the worst reputations when it comes to privacy and security of information. It frowned at that.

Next thing it wanted me to join 'apps', things like the Birthday Book and Farmville. I carefully read the fine print which gave them and the 'app makers' rights to do pretty much what they want with my personal information. Not cool; I refused. The face of facebook glared at me.

I started looking for people– family members, friends, Criminal Briefers, SleuthSayers… I found a few. facebook looked at those people and offered me 'friends' of friends. So sure, I knew Margery Flax, James Lincoln Warren, Lee Goldberg, and I sort of knew J.A. Konrath.

So I picked out dozens of authors I'd met at through MWA and Bouchercon and blithely clicked them as they popped up. Then I clicked on Rhys Bowen. It asked "Are you sure you know this person?"

Well, yes. I hadn't danced with her or been there during childbirth, but I sat next to her at a conference and we chatted. I'd made her acquaintance, hadn't I?

I clicked 'yes'. Moments later facebook sent a message it was banishing me for claiming friends I don't know. 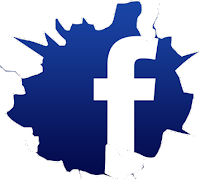 Uh-oh. They offered her as a suggestion, and now they took her away?  Maybe it had been a trick question. Did I know she was English but lived in California? Did I know her real name is Janet Quin-Harkin? Did I know about the mole above her third rib? But they didn't ask me.

Not for a moment do I think Rhys Bowen hovered over her keyboard waiting to pounce when I clicked her name: "There's that damn Leigh stalking me again, first at conferences and now facebook. I'll show him, ha ha!" *poof*

I'd heard stories of facebook booting people off for little or no reason. The problem of such one-size-fits-all software is it has no 'heuristics', no sense of judgment, no way to fit square pegs into round holes. I don't take well to being told what to do and a peremptory decision by a software program galled me. It felt like a parental smack by an arbitrarily awful parent.

But okay, I'd try one more time with a different eMail address. I set up again but it must have picked up cookies from my previous attempt. It asked me if I knew my own niece. I clicked yes, and this time found myself terminated.

My niece! A facebook page said I could appeal but they don't have to give a reason for their decision, and they didn't. At least I didn't have crops spoiling in Farmville. Do people pay for that game? Does anyone pay for things they can't access when barred, banned, or terminated?

Months went by and someone suggested I try facebook again. I tried to log in and there was that page saying I could appeal, but I'd already appealed and arrived nowhere.

But Velma could join! And so she did. She experimented and learned about using facebook. She's flip-lip, funnier and more gregarious than I am and she built a solid circle of friends. A few times a week new people clasp her to their bosom in digital friendship.

Vicariously, I followed Velma's exploits. Because anyone could say anything, odd conversations took place. For example, a woman berated an art page blathering on how offensive it was and that children were present. She complained about a mix of monochrome art prints, pin-ups, and romantic pics with less skin than Vero Beach. 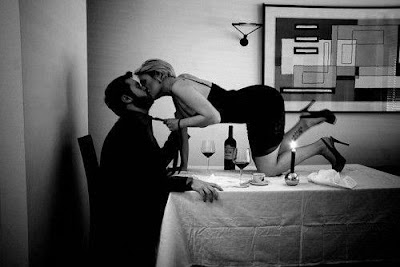 A couple of things struck me. When she first 'Liked' the page, what did she expect? It reminded me of the woman who said, "But officers, if you climb on the chair and peer over the hedge with binoculars, you can see he's stark naked!"

Frankly, hysteria more than nudity will damage kids, but I grew up in a family where art was understood and appreciated. If children were present, why wasn't the woman supervising them? Initially she claimed she'd lined up 600 people to complain to facebook then later said she'd formed a petition with 389 names to ban the page.

Okay, facebook was started for college students, but sometimes adults like to have adult discussions. For reasons beyond me, that woman didn't agree. I would come to remember that incident… 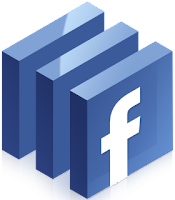 These days, facebook boils with election tirades. My eMail inbox overflows with political rants that when scratched, turn out to be falsehoods, dozens upon dozens. I hate lies but some people buy into them.

I find it equally offensive when people claim either candidate is a liar. While their facts might be a bit wobbly, a difference of opinion doesn't make a candidate a liar. If we wrongly over-use a word, the word become meaningless.

Upon rare occasions, a message crops up where Velma can't keep her mouth shut. Most are good things: How can you not applaud Margery Flax volunteering to help others in need? How can you not appreciate the Hair Plus Day Spa in Hillsborough, New Jersey offering free shampoos and showers? How can you not like a Republican governor and a Democrat president working together?

But not everyone likes the positive. From crime writing, I developed a nose sensitive to bullshit. Thus it came to pass, a picture popped up that offended sensibilities. The photo from an account called 'Tax Payer' purported to show Muslims rioting in Michigan with comments ranting about freedom versus satanism and the usual tripe that the liberal or libertarian press is covering up this important story. A familiar alarm went off: another lie, photographic hate speech. 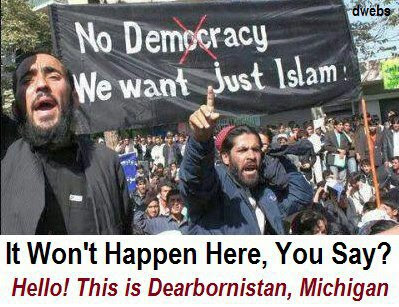 It took only a few minutes to discover the photograph was not taken in Dearborn, Michigan but from news agency file footage shot three to eight years earlier in Afghanistan. In fact, there's a recent Radio Free Europe Afghanistan story using that same file photo.

Velma posted a single comment, one and only one: "This is hokum. The photo is real, but taken more than 3 years go in Afghanistan, not the USA. Check your photo source, you may be in copyright violation."

Before they deleted that comment, one guy actually wrote back: "It may not be accurate but it represents truth."

What? How can compounded lies reveal truth?

Velma's comment was quickly eradicated as I suspect were others inconsistent with the lie, deleted and barred from further commenting.

And then a funny thing happened. A facebook message popped up saying due to complaints about spamming, Velma was barred from sending messages and contacting people she didn't know.

Okaaay. That punishment thing again, for what? Daily messages about colleagues surely didn't imply spam. One single message to 'Tax Payer' didn't constitute spam, did it?

But I remembered an article about author Deborah MacGillivray and her coven who manipulated Amazon with 'clickies', negative reports of abuse they used to ban critics. facebook has a similar 'click abuse' button. I recalled the woman who claimed she'd gathered 389 people to take down the art page. Had 'Tax Payer' and his sycophantic cronies ganged up and clicked the abuse button to silence the truth?

Due to facebook's lack of transparency I'll never know for sure, but the site certainly doesn't treat people like adults, especially those who act adult. It's ironic that the teens facebook was created for are fleeing to other social networking sites where they can converse out of the shadow of parents while we're stuck on a site with rules for children.

I sometimes see messages like "I'm back from my most recent 30 day ban." This raises at least three questions: Why were they banned? Why did they return? Why do I suspect they're going to be quickly banned again?

SleuthSayers readers are fine, upstanding citizens but have you faced facebook problems? What is your experience? Tell us face-to-face.
Posted by Leigh Lundin at 00:00 14 comments