by Leigh Lundin
Imagine a poet so bad, so awful, so lacking in metaphoric skill and seemly imagery, that he left audiences appalled, unable to absorb the shock of the abuse of the English language. When he recited his works in pubs, patrons pelted him with fish and flour, rotten eggplants and eggs. Unsurprisingly, he died a pauper.

I hasten to add that this poet (and actor, tragedian, and weaver) was not North American or even Australian, but British, Scottish to be precise, known as the poet of Dundee. In 1893, he felt so abused, he wrote a poem threatening to leave his fair town, whereupon a newspaper wrote he'd probably stay for another year once he realised "that Dundee rhymes with '93".

But as bad as this poet was, his works live on and remain in print to this day. Web sites and encyclopedia articles appear in his honour. A few years ago, a collection of his poems sold for £6600, more than $10,000. Nearly a century after his death, fans erected a grave marker in his honour. One of his contemporary admirers wrote without irony "Shakespeare never wrote anything like this." This is William McGonagall.

Hoping to secure a royal patron, he wrote to Queen Victoria with a sample of his work. A clerk for VR returned a polite thank you note, which McGonagall misinterpreted as praise. He trekked on foot to Balmoral Castle in a driving storm, soaked to the skin. Upon arrival, he announced he was the Queen's Poet, which surprised the guards and greeters who well knew Alfred, Lord Tennyson. They sadly turned him away, leaving him to trudge back to Dundee, a 200km round trip. 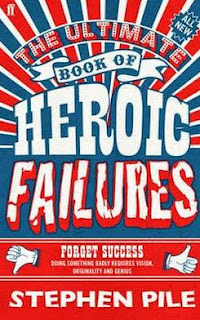 Author Stephen Pile explains it this way: McGonagall "was so giftedly bad, he backed unwittingly into genius." So like Edward Bulwer-Lytton and William Spooner, William Topaz McGonagall became famous for actions in the breach rather than talent. Or maybe they were all smarter than we.

Before we turn to his most (in)famous poem, I should mention 'Topaz' was not his middle name. Rather, acquaintances constructed an elaborate joke and 'punked' him, so to speak. They sent the poor poet an official looking letter from the Burmese King Thibaw Min, appointing McGonagall Burma's poet laureate and knighting him Topaz McGonagall, Grand Knight of the Holy Order of the White Elephant Burmah. Thereafter, McGonagall referred to himself as "Sir William Topaz McGonagall, Knight of the White Elephant."

Frankly, I'm starting to think McGonagall may have been a mad genius.

I'm grateful to our SleuthSayers fans. Shortly after this went to press, a reader sent a link to a discussion of the poet and a partial reading by the actor Billy Connolly.

That, in turn, led to this comic skit from four decades ago. The web page doesn't elucidate, but Spike Milligan of The Goon Show and Q5-Q9 fame appears to play McGonagall. I'm not 100% certain, but I believe Peter Sellers is playing Queen Victoria.

And now, a reading…

Beautiful Railway Bridge of the Silv'ry Tay!
Alas! I am very sorry to say
That ninety lives have been taken away
On the last Sabbath day of 1879,
Which will be remember'd for a very long time.

When the train left Edinburgh
The passengers' hearts were light and felt no sorrow,
But Boreas blew a terrific gale,
Which made their hearts for to quail,
And many of the passengers with fear did say–
"I hope God will send us safe across the Bridge of Tay."

But when the train came near to Wormit Bay,
Boreas he did loud and angry bray,
And shook the central girders of the Bridge of Tay
On the last Sabbath day of 1879,
Which will be remember'd for a very long time.

So the train sped on with all its might,
And Bonnie Dundee soon hove in sight,
And the passengers' hearts felt light,
Thinking they would enjoy themselves on the New Year,
With their friends at home they lov'd most dear,
And wish them all a happy New Year.

So the train mov'd slowly along the Bridge of Tay,
Until it was about midway,
Then the central girders with a crash gave way,
And down went the train and passengers into the Tay!
The Storm Fiend did loudly bray,
Because ninety lives had been taken away,
On the last Sabbath day of 1879,
Which will be remember'd for a very long time.

As soon as the catastrophe came to be known
The alarm from mouth to mouth was blown,
And the cry rang out all o'er the town,
Good Heavens! the Tay Bridge is blown down,
And a passenger train from Edinburgh,
Which fill'd all the peoples hearts with sorrow,
And made them for to turn pale,
Because none of the passengers were sav'd to tell the tale
How the disaster happen'd on the last Sabbath day of 1879,
Which will be remember'd for a very long time.

It must have been an awful sight,
To witness in the dusky moonlight,
While the Storm Fiend did laugh, and angry did bray,
Along the Railway Bridge of the Silv'ry Tay,
Oh! ill-fated Bridge of the Silv'ry Tay,
I must now conclude my lay
By telling the world fearlessly without the least dismay,
That your central girders would not have given way,
At least many sensible men do say,
Had they been supported on each side with buttresses,
At least many sensible men confesses,
For the stronger we our houses do build,
The less chance we have of being killed.
Posted by Leigh Lundin at 00:00 13 comments