by Art Taylor
Even though we're still more than two weeks from the official start of spring, this coming week is our Spring Break at George Mason University, where I teach. Even though I'm often lugging a pile of grading into our week "off" and using other big chunks of break to get a head start on reading for the classes just beyond, my wife and I usually plan some long weekend getaway in between things. This year, however, the week's schedule is marked by several events I'm pleased to be a part of.
On Saturday afternoon, March 5, I'll be the featured speaker at a Book Club Conference hosted by the Loudoun County Public Library—offering tips and tactics about how to run a successful book club and talking about Gabrielle Zevin's delightful novel The Stories Life of A.J. Fikry (a book I'll very likely talk about in another direction here at a later date—stay tuned!).

Mid-week, I'm grateful to have been invited to join in a chat with a local book club that's recently been reading my own novel, On the Road with Del & Louise—and keeping my fingers crossed that they all liked the book!

Then on Thursday, I'm joining Laura Ellen Scott and Steve Weddle—two writers who've been categorized on opposite sides of the literary/genre divide but whose writing in each case is "crime-inclined" (to use Laura's own phrase)—for a writing and publishing panel at the Burke Centre Library that will look at questions of genre and form and the slipperiness in defining and categorizing anything clearly these days.

I mention all this not simply as a shout-out about some upcoming events but also to explain why book clubs and book talks have been on my mind lately.

I don't want to preview here all those tips and tactics—my Powerpoint is proprietary! I don't to spoil the surprise! attendance is mandatory!—but I do want to share some anecdotes about my own experiences with some of the book clubs I've been involved in, each of them distinctive in their own way. And as you'll see, I use that phrase "book club" a little loosely. 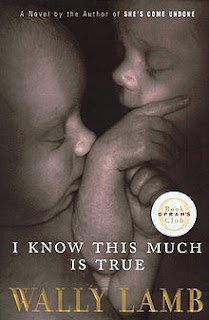 The first and then the most recent book clubs I've been a part of have been more traditional in many ways—regularly scheduled meetings, formed by a loose mix of co-workers, acquaintances and friends, and equal parts book discussion and drinking/eating. That most recent book club was focused exclusively on contemporary fiction—very contemporary, in fact, since they tried to stay on top of the titles that were getting buzz, getting rave reviews, winning awards. The first one, however, organized back in the late ’90s by fellow staff members at the North Carolina Museum of Art, was more of a mishmash of titles and deliberately so. Each member was responsible for selecting one book in the rotation—a chance for each of us to have input and an opportunity for all of us to read books we might not have picked up ourselves, a system which has many benefits. I remember that the first book we read was Oral History by Lee Smith, an author local to us, and that we had our first meeting at a sushi restaurant that Lee and her husband Hal Crowther had opened over in Carrboro. I don't remember all of the books that we covered, but my own selection for the club was Sébastian Japrisot's The Lady in the Car with Glasses and a Gun, mainly because I hadn't read anything by him and I liked the title (fun book, not a very good discussion). I also remember Wally Lamb's I Know This Much Is True, mainly because of the heft of the book and because of the conversations with other club members about having to slog through it and because of the friend who dutifully stayed up all night to finish it before our meeting—and then because the woman who selected it in the first place didn't come to the meeting because she hadn't had time to read it herself.

That was the end of that book club.

My other two book clubs weren't traditional ones at all. The first was actually a writer's group whose members briefly turned away from talking about our own writing—not because we weren't writing but because each of us was working on longer projects and didn't yet feel comfortable sharing small parts of early drafts (dangerous to get feedback too early sometimes). But we did want to keep meeting, so we started talking about other people's books, studying them specifically with an eye toward craft—and in one case with a focus on first chapters, each of us bringing in the first chapter of a book we really admired so we could all try to analyze what made it work.

Later, my wife and I set up our own two-person "book club"—reading and chatting about some novels that each of us felt like we should have read but had never gotten around to, like Ray Bradbury's Fahrenheit 451. (How did we miss that one in high school, right?) Eventually, this book club morphed into something different; we still read books together for discussion, but now I read them aloud, as I've talked about elsewhere.

While these experiences have been varied and variously rewarding, this coming week will be the first time that I've taken part in a book club as the focus of the discussion. I'll have to report back how that goes—if I survive!

How about everyone else? Any stories from your own book clubs—successes or stumbles? I'd love to hear—and can add to my PowerPoint presentation as needed, of course! 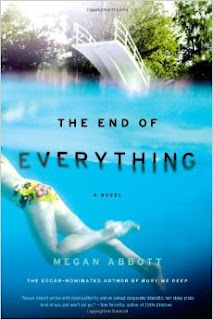