You'd have to be under a rock for the last month to not know/hear about the tragic story of Mollie Tibbetts, the Iowa college student who went missing a few weeks ago, and whose body was found in an Iowa cornfield, stabbed to death.  Her killer turned out to be an illegal immigrant from Mexico.  President Trump, Senators Chuck Grassley, Joni Ernst, Tucker Carlson and most of Fox News wasted no time weighing in about how the "broken immigration system" led to the tragic murder of an innocent young girl, and that we need to build a wall NOW.


NOTE that all of these ignored the fact that her killer had been living and working at a local Iowa dairy farm for years (which farm later admitted they hadn't used the E-verify system), and before that had gone to high school in the same town.

And the pundits didn't even bother to hide the fact that they're going to use Mollie's death as a major campaign talking point:


"Personally, I don't believe that the Cohen and Manafort story really moves the meter in one direction," said Fox News contributor, former GOP congressman Jason Chaffetz. "But what will touch the hearts, what does touch people's emotion, is what happened to Mollie Tibbetts because they can relate to her and she was murdered. All the polls are showing that the No. 1 issue is immigration." (quote)

This despite the fact that the Mollie Tibbetts case is a murder investigation, not an immigration issue.  And nothing they do to him, or to "secure our borders" by walls or anything else, will make women any safer in America.  Because here's the deal:  Women are kidnapped, raped, beaten, murdered all the time in America.  90+% of the time by Americans.  Most of the time it doesn't even make the news.  And the silence around that is overwhelming.

The same week that Mollie Tibbetts' killer and body were found was the week that Chris Watts was arrested in Colorado for killing his pregnant wife Shanann and their two preschool daughters Bella and Celeste.  But once someone said "illegal immigrant," Chris Watts - who premeditatedly killed his entire family - was off the news.  (NYT)

And in the Watts case, the pundits certainly weren't being very hysterical about the perpetrator.  Before the Watts family murders was drowned in the dark hole of racial hysteria, a motive appeared:  Apparently Shanann found out that her husband was having an affair with a co-worker.  And so a psychologist on Fox News made it seem (almost) perfectly logical that he killed her and the children:  “Most [murders] were done — 60 percent were done — by rage, the other 10 percent they don’t know the cause, and the other 30 percent were spousal revenge. I’m pretty surprised he didn’t kill himself, too. Oftentimes, it goes in a pattern,” said Mowder, who said in this case, there could be another reason for the murders. “I think he had a vision of another life with this other woman — carefree, no responsibilities,” she said. “Two children and another on the way, that’s a big responsibility.”  (Fox)

So, the husband was overburdened and couldn't cope, so of course he killed them all?

It could be worse:  I was in a church, once, where the pastor said from the pulpit that Nicole Simpson deserved what she got because she was an adulterous woman.  I got up and walked out, but a lot of people were nodding their heads.  (In case you've forgotten, the Simpsons were divorced when Nicole was murdered, and even if they weren't - adultery is an unacceptable reason to slash someone's throat.)

And I doubt that many of you heard about Nia Wilson, an 18 year old black woman who was stabbed to death by a white man on July 24, 2018, as she stood waiting on the platform of a Bay Area Rapid Transit train.  Her sister, Lahtifa, was also badly wounded.  The attacker was John Cowell, an ex-felon, transient, perhaps schizophrenic, an Aryan Brotherhood member, who apparently laid in wait for the "right" people to attack.  Nia was a student, too, who planned to become a paramedic - or maybe a music producer.  Like Mollie, she had her whole life ahead of her.  (NYT2)

And then there's Tyler Tessier, currently on trial for killing his pregnant girlfriend, Laura Wallen, back in September of 2017.  He took her out to a rural, grassy hill in Maryland - supposedly to show her where they'd build their dream home - and then shot her in the back of the head and buried her.  (Washington Post)  Because, as Ms. Mowder said above, a child on the way, "that's a big responsibility."

Tell you what, if you want to do a really depressing Google Search, google "man killed pregnant girlfriend" or "man killed entire family" and see how many hits come up.

Here in South Dakota, we had Scott Westerhuis, who (after being informed that his embezzlement was going to catch up with him) in 2015 shot his wife and four children, torched his house, and then shot himself.  But nobody ever says we've got to have strict background checks or psychological testing on potential and current domestic partners.

And when Robert Leroy Anderson was tried and convicted for kidnapping, raping, torturing, and killing women in South Dakota back in the 90s, nobody ever even mentioned psychological testing or regular searches of pudgy white men who work at meat-packing plants, and nobody brought up deportation.


NOTE:  in that case, the only person's immigration status that was ever brought up was that of one of his victims.  Yes, I'm serious - Larisa Dumansky was a Ukrainian immigrant, and when she first disappeared, a rumor went around that she'd either gone back home or dumped her husband because they had a green card marriage.  It took a while for people to accept that she'd been kidnapped and murdered.

And when Elizabeth Smart was kidnapped at 14 by a man who claimed to be purifying and restoring the true Mormon church - who kidnapped her and raped her daily for nine months - there was an almost unbreakable silence about the various Mormon (and other) polygamist compounds in America whose leaders routinely marry child brides, i.e., rape children, live off of government welfare, and drive off their male kids so they won't be their fathers' rivals for all the child brides.  There was no crackdown, and most of those compounds are still in existence, including in South Dakota.

Then there's Caroline Nosal, 24, shot and killed by a co-worker after he was suspended after she complained he was sexually harassing her.


And Lakeeya Walker was 22 and pregnant, whose attacker choked and kicked her because she hadn’t thanked him after he held open the door.


And let us never forget Jaelynn Willey, the 16 year old who was shot in the head by her ex-boyfriend.  Her killer was called by many news outlets "a lovesick teen" and a "heartbroken homecoming prince".

Look, there's a reason for women to be afraid in this country, but it sure as hell isn't because of undocumented immigrants.

And then there's the fact that women always, always, always have to be on their guard in public spaces, because way too many men have an unbelievable sense of entitlement about what they can say and do to women.  Mollie Tibbetts' murder unleashed a wave of reminscences:

A woman I know was 53 years old the last time she rejected a stranger’s advances, and it went badly. A man on the New York subway kept asking her out, complimenting her breasts and butt, though he used more vulgar terms. When she told him she wasn’t interested, he pivoted to yelling, “I’m going to f--- you up, you fat bitch,” until she asked the other passengers to take out their cellphones and document what was happening. This was just a few days ago.  (The Perils of Being a Woman Who's Just Asking to Be Left Alone)

Alanna Vagianos wrote a series of tweets about the perils of running while female in America:
"I found out a few years after that first break in that my sister was almost abducted by a few guys in a van while she was on a run in college. Thankfully, she was able to fight them off. I've never seen her go on a run since."
"Yesterday, my friend told me her mom stopped running after dark & bought an elliptical machine after her best friend was kidnapped & murdered while she was on a run."
“The lengths that women have to go to protect themselves from being alone in public spaces is restrictive, exhausting, f***ing terrifying.” (Twitter)

Women hear these stories ― from our friends, from our mothers, from the news. We internalize the threat and act accordingly, going places in groups, or holding our car keys between our fingers when we walk through a dark parking lot, or looking down an alley before running past it to make sure no one is going to jump out at us, or wearing headphones without actually playing anything through them, or avoiding streets and places and activities altogether ― even activities that, as Vagianos put it, are “so integral to [our] well-being.”  (Emma Gray, HuffPost)

I understand.  I take long walks alone, and have for years.  But I'm older, I have my keys, a cell phone, and I, too, watch where I go.  And I haven't always been lucky. 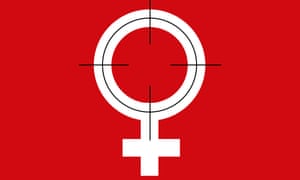 And now, of course, we're also dealing with the incel movement, which believes that women do not ever have the right to say no, and which has already provided the world with a number of mass murderers (see Wikipedia, The Guardian, The New Yorker).  Because life as a woman has never been dangerous enough.

What do women want?
We want to walk, move, sit, run, play frisbee, etc., in public and be left alone.
We want to get on with our day without having to pander to someone else's ego.
We don't want to have to smile, talk, laugh, or otherwise respond because of someone else's demand.
We want to live our lives with the freedom from even the thought of harassment, assault, rape, and murder that men consider normal.