The other day, in a rare fit of office-cleaning, I found an old box of magazines containing my earliest published short stories--this was back in the mid- to late 1990s. Most of those stories, believe it or not, I still like. A few of them, not so much. The point is, the more I sorted through those publications, the more I thought about writing-related things I used to do that I don't do now, and vice versa.

Not that it matters, here are ten things that I noticed and/or remembered: 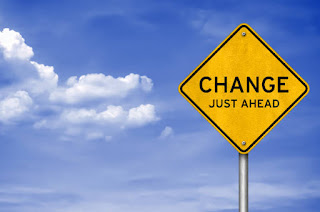 1. My stories used to be shorter. There were some long ones, too--one of my earliest, a 10,000-word story called "Midnight," remains one of my favorites--but a lot of my stories back then were between maybe 1000 and 4000 words. I've found that most of them now run between 3000 and 8000 or so, and I suspect one reason is that my recent plots seem a little more involved and complex than they used to be.

2. I rarely used first-person POV. I'm not sure why I didn't, because I'm fairly pleased with the way those few first-person stories turned out--but the fact is, for most of my early stories I used either (1) third-person limited (which is, admittedly, almost the same as first-person), (2) third-person multiple (especially when that was needed to build suspense), or, less often, (3) third-person detached (if I didn't want to get into any one person's thoughts, maybe for a surprise ending). These days I probably still use third more than first, but I do write a lot of first-person stories now, and I've found I enjoy it.

3. I didn't write "series" stories. At least not until after I'd been spinning tales for five or six years. I now write seven different series (which include more than 200 stories so far), and I've found them to be both fun and profitable. I still write far more standalones than series installments, but I think it's convenient to always have the possibility of using some well-known (at least to me) characters and settings, if they fit.

4. I wrote stories with no market in mind and only then tried to find places to submit them. Now I find myself writing more stories targeted for particular markets. This is something I think most writers do, as time passes and as they acquire more writing experience. And this kind of tailored writing doesn't make the stories any less fun to create.

5. I didn't write many stories for anthologies. Back then it was mostly magazines. One reason I write a lot for anthologies now is that I've been fortunate enough to get more antho invitations these past few years, and another is that I believe there are just more of those antho markets out there than before.

6. My settings were rarely "local." I wrote more stories set in other states or countries or far-flung fictional locations. Now, a bigger percentage of my stores are set here in the southeastern U.S. Again, I'm not sure why. Maybe it's because I now write a lot of series stories, most of which have southern settings, maybe it's because I don't travel the world the way I used to, and maybe it's because I'm now too lazy to want to do a lot of research. Speaking of research, I almost never wrote historical mysteries or period pieces in my early publishing years, but I now find that I enjoy writing those as well.

7. I used way too many semicolons. Sometimes one or more per page, and for fiction that might be too many. I don't think I used any that were grammatically incorrect, but they just popped up too often. These days I try not to use semicolons unless I think they're perfect for what's being written, and even then it's hard to find them in the toolbox. I now substitute more dashes and periods.

8. I submitted my stories very soon after finishing them--something I always told my writing students not to do. These days I try to let those completed stories sit there and cool off for a few days or maybe even weeks, and by doing so I hope I've given myself time to catch a few more errors that I would've otherwise missed. (I sometimes wonder, though, if that helps. I've found (too late) several mistakes in some of my recently published stories, mostly typos or inconsistency errors, that even managed to get past the editors and into print. But I try hard to avoid those careless mistakes.)

9. I wrote more twist-ending stories. I still like plot reversals in a story, whether at the end or in the middle, or both. But it doesn't bother me anymore if I don't include a "grabber" right at the very end.

10. I never typed stories straight into the computer. When I first started writing for publication--I used a PC then, but it was an early version, and huge--I always wrote my stories first in longhand and only later transcribed them into files on a diskette or my hard drive (a process that I sometimes called a second draft). Now I just type them in and rewrite onscreen, and when they're finished I submit them electronically. I seldom print copies of my stories at all anymore.

NOTE: I've noticed that some things about my writing have NOT changed. I still create more mystery/crime stories than anything else, I never use a pseudonym, I never write in present tense, I usually start with the plot, I try to put at least some humor into every story, I use a mix of real and fictional locations for my settings, I map my stories out in my head before I start writing, and I seldom "edit as I go"--I write a fast first draft instead and then go back and rewrite. And so forth. 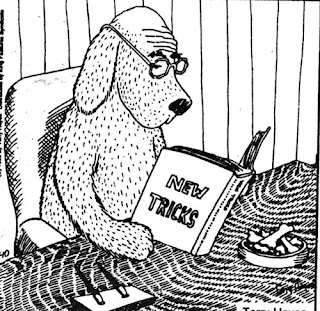 The question is, do these things that I do differently mean I've learned something--or anything--about writing over the past 25 years? Have I gotten better at it? I honestly don't know. All it might mean is that I now just do some things differently. What about you? Is your process and content noticeably different now, from when you began? If so, how?

Oh. Almost forgot. The main thing that's stayed the same: I love fiction writing, absolutely love it, and I suspect I always will.

Thanks for reading my stories.