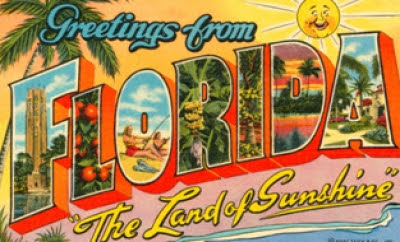 While you’ve been social distancing and avoiding the coronavirus. Floridians have been going about their usual madness– alleged madness– it’s all alleged. I know you’ve been paying attention, so at the end, you’ll find a quiz to test your knowledge.

Kissimmee, FL.  Police Officer Andrew Johnson reportedly got himself fired for racist and seditious remarks posted on Facebook supporting the Capitol riots. “Day one of the Revolutionary War!! Hang on, it’s only just begun. … Civil War is right around the corner. It’s coming.”

It’s not known if he’s any relation to Adam Johnson of Bradenton who stole the House Speaker’s lectern.

Casselberry, FL.  Commissioner and Vice Mayor Mark Busch is all about free speech after riling up a crowd prior to 6 January, telling them Vice President Mike Pence had “better do the right thing” or he'll face “pitchforks and torches” for failing to overturn a legitimate presidential election. Leading from the rear, the commission members exhibited less guts than our Kissimmee crowd. Casselberry couldn’t bring itself to reprimand Busch, who vowed to “continue the fight for freedom of speech,” like shouting, “Fire!”

Sanford, FL.  Claiming to still be investigating, Sanford FD has yet to acknowledge reporting to federal authorities the probable involvement of fireman Andy Williams.

Sarasota, FL.  Two women pretending to be police officers live-streamed themselves screaming and swearing at detainees during fake traffic stops. Word has it attorney Andrew Spark (above) has volunteered his legal services for the two ladies.

New Port Richey, FL.  A man leaving a bar mistook 911 for Uber and called the police for a Lyft, then swore at the poor 911 operator. A kind officer gave him a ride to a place with lots of bars.

Orlando, FL.  Or perhaps he’s damn good if he was trying to miss after firing a hundred shots at his romantic rival. Count everyone lucky.

Miami, FL.  An annoying box marked ‘CENSORED’ makes it difficult to tell exactly what went down, but you be the judge.

Pompano Beach, FL.  Trashy, the animated rubbish bag, leaped off Saturday morning cartoons to torch evil garbage trucks… Okay, I made up Trashy, but a man dressed in garbage bags mysteriously set fire to a number of garbage trucks. If you or your trashy friends know anything, you may collect a $10,000 reward.

Bradenton, FL.  One woman guaranteed her own stimulus check of sorts. It’s not clear how her man died, but she stuffed him in a trash bag inside a rubbish bin and collected his social security check. I’m thinking she got the bags from Trashy.

Tampa, FL.  An arsonist tried to torch a house. Instead, he set fire to himself. Ouch.

Lehigh Acres, FL.  A burglar executed himself climbing through a window. You may want to skip this one.

In the Name of Jesus

Orlando, FL.  Mention Florida in the same breath as evangelism, you can comfortably assume we’re talking scam. Drill down to ministries in Orlando, and you’ve hit a dead certainty. Now, along comes the Church of Florida, Aslan International Ministry, operated for and by the Edwards clan who, according to authorities, sucked approximately $9-million out of the federal coronavirus Paycheck Protection Program. Don’t worry, they weren’t spending it foolishly. They were using part of it to purchase a $3½-million house at Walt Disney World.

Pensacola, FL.  You can dress ’em up, but you can’t take ’em anywhere. Gloria Lancaster carved out a Florida Hall of Infame niche all to herself for chomping camel testicles… still part of a live camel, see, at a Louisiana truckstop. And there was this deaf dog and her husband Edmond and the camel is currently being treated with antibiotics and… It’s complicated.

Coral Coral, FL.  As you know, Albert the Alligator kept salesmen from the door for 25 years. He was a loyal pet that would come when a family member whistled. Treat animals with respect, man. This idiot in this episode has no clue how fast gators can turn. 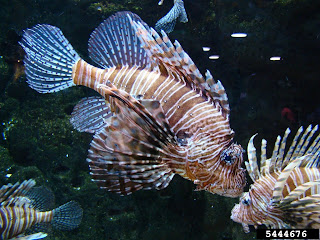 Miami, FL.  Less reprehensible than our reptilian politicians is our wildlife. Not long ago, Florida paid a bounty for lionfish, a colorful invader in Florida waters. Them’s good eatin’.

Now Florida is suggesting we snack on python meat. Mmm, tastes like chicken and they are plentiful.

Tampa, FL.  Remember the scene in Jaws where Brody tells Quint, “You’re gonna need a bigger boat?” Erika Almond said something like that when a great white chomped on it.