"Clarice, Don't Be A Naughty Girl..." Or, Fun With Dialogue 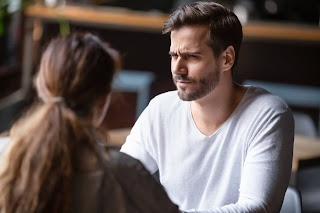 It's time we talked. You know, a real back-and-forth. A rap session.
A dialogue.
You know you're a writer if you're having them with yourself. And the more often you're having them, the more likely you are to be having a productive stretch at the ol' keyboard.
(And don't believe the alarmists. Shrinks overwhelmingly cite conversations with oneself as a sign of robust mental health.)
I have them everywhere. All the time.
Sometimes they're dead ends. Sometimes they're the start of something. Snatches of conversation. Bits of overheard dialogue.
A friend of mine (also a writer) has a popular and long-running series of snatches of other people's conversations overheard in public places and immortalized in his social media platforms. They are engaging, bizarre, and usually unforgettable. At times for their "quip" factor. At times for their sheer mundanity.
And always for their utter humanity.
The best dialogue is not that written by the likes of Aaron Sorkin (whose work I admittedly love), because there is no situation arising in real life where everyone you work with comes armed with a knapsack full of relevant facts, a closet full of debate trophies, and barks at each other like an auctioneer who has just drunk their tenth Red Bull. Love it on the screen and can suspend my disbelief there, mostly because Sorkin's work is fun to watch. However, it doesn't translate well to the written page.
For that you need realistic dialogue.
You notice, I didn't say, "real dialogue." "Realism" and "reality" are not exactly the same animal. We're staging something when we're writing, not memorializing it.
And that's in part because of the utter mundanity of most human conversation. Let me give you an example:

"The Costco order is here," my wife said.
"Okay, I'll be right there." And I got up to go help bring it in. 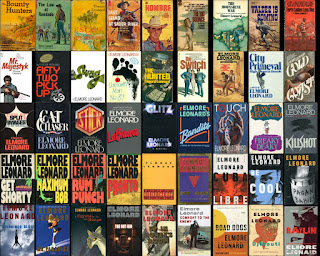 Real? Yes. It happened today, in fact. But it's mundane. It serves no other purpose than to let you know that my wife and I got a Costco order today. As such it's not so much written dialogue as it is a snatch of memorialized conversation.
And written dialogue must do much more heavy lifting than memorialized conversations. Like every other part of the story, dialogue must work in service of the plot. It must advance it. Realistic dialogue, when employed correctly, reveals character, ratchets up the tension and advances the plot. Otherwise, no matter how artful, no matter how witty, no matter how poetic, it must be (and in the best writing, is) cut.
When I'm trying to get dialogue to work, I try to keep in mind two maxims, each laid out by one of the best writers of the last century or so: Elmore Leonard and John Le Carré.
Leonard once famously said: "My most important piece of advice to all you would-be writers: When you write, try to leave out all the parts readers skip." 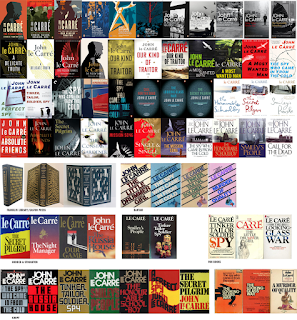 As for Le Carré, he said of a plot: "The cat sat on the mat is not the beginning of a story. The sat on the dog's mat is."
The best dialogue obeys both of these dictums.
Leonard's is key because (of course) the best writing does not bore the reader. Le Carré's because it points up how essential conflict is to advancing the plot.
And that is what separates realistic dialogue from real dialogue. "Realistic" writing is a construct, not a transcription. It's a tool intended to convey the writer's message. As such, it works in service of the message, rather than serving as the message itself.
As such it can and must be massaged, worked and reworked, tweaked, larded with subtext, whatever it takes to get your point across.
Someone a lot more success than I am once said, "There must be conflict on every page" of a work of fiction, otherwise it's wasted writing. I'll take that one step further. There must conflict in every conversation the writer choose to employ, otherwise that writing, too, is wasted.
And where a playwright or a screenwriter has collaborators: actors to speak their words, lighting directors to set the mood, cinematographers to make effective use of the best camera angles, fiction writers tend to be solo acts (editors and beta readers are not only helpful, but essential, but they play their parts in the process once a draft is completed). We are the writers, the directors, the scene-setters, the dialogue coaches. We play all of the parts.
And oftentimes that includes having conversations with ourselves. Out loud.
I've never been lucky enough to hear a snatch of conversation so inspiring that it led to my creating a work of fiction. My ideas tend to spring from something I read, or, as I've laid out above, from conversations I have with myself.
My incredibly talented wife, however, is currently putting the finishing touches on her first novel, the germ of which story came to her in an overheard snatch of conversation. In fact, it was a bit of conversation we both overheard, a decade ago, while honeymooning in the U.K.
We were driving from Edinburgh to York, and stopped at Housesteads, an archeological site featuring a partial restoration of one of the many Roman-built mile castles which dotted the length of Hadrian's Wall. While touring the site we happened upon a British family: a father and mother, and two small girls, somewhere between the ages of 6 and 8 or so.
Just as we advanced within earshot, the mother, in a tone uncannily similar to that of one of the members of Monty Python in drag, called out to one of her daughters, "Clarice (pronounce "Clair-Iss."), don't be a naughty girl!" In reply to which the younger of the two girls, at that moment perched atop a two-foot high rock fence, stood straight and protested bitterly that her sister was climbing on the rocks too.
And just like that, my wife had an idea for a main character with a life-defining relationship. Sometimes it happens that quickly, that completely. Like the story about how car trouble on New York's George Washington Bridge led to Donald Westlake creating both the amoral thief Parker, and the pseudonym under which he would populate Parker's world, Richard Stark.
I'm not so talented as either my wife or the late Mr. Westlake (to say nothing of the late Mssrs. Leonard and Le Carré). So, for the time being at least, I'm going to continue having conversations with myself.
See you in two weeks!

Posted by DoolinDalton at 07:18