Adverbs: A Legitimate Aspect of Voice 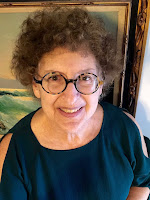 A couple of months ago, I participated in a lively discussion over at the Short Mystery Fiction Society e-list on the role of adverbs in good writing. The highly respected Stephen King's most pithy writing advice is, "Read read read. Write write write. And lose the adverbs." A 2014 New Yorker article reports on an app called Hemingway that analyzes text and promises “[to make] your writing bold and clear.” Among other things, "the program calls out adverbs ('newly,' 'famously,' 'seemingly')." Most of the Short Mystery folks said that an occasional adverb might pass muster, but that the great majority, like Gilbert & Sullivan's "society offenders," never would be missed. One group member took what I consider an easy out, saying:

The perfectly correct subject-verb-adverb construction strikes me as generally clunky and prone to increase clutter.

As above, adverbs tend to be less descriptive—added to modify verbs in a more abstract, conceptual way—than choosing more descriptive verbs.

This argument stacks the deck against adverbs by using as an example "quickly," a verb as dull and overused as similar manner verbs—"suddenly," for example—and degree verbs such as "very," "almost," "quite," and "totally."

That's not the kind of adverb I'm talking about. In the hands of a writer who happens to have an adverbial narrative voice, adverbs can be as lively and evocative as verbs like "yammered" and "wolfed" and a lot more fun to read than "hurried." Eschewing adverbs is a fashion, albeit one that has lasted a considerable amount of time—almost a century, if you want to count from Hemingway's first two novels, both published in 1926.

My very favorite adverbial voice is that of L.M. Montgomery, author of the beloved children's classic Anne of Green Gables. I’m fond of Anne, but my favorite is Emily of New Moon, first published in 1923. Like Anne, Emily is a little orphan girl transplanted to Prince Edward Island. She’s also an aspiring writer.

Here are some delicious examples of adverbial writing in context that have stuck in my mind for almost seventy years. Not only do they add color to the narrative voice. They build character just as well as the other parts of speech in the passages in which they appear.

“It was one of your mother’s aprons when she was a little girl, Emily,” said Aunt Laura comfortingly, and rather sentimentally.
“Then,” said Emily, uncomforted and unsentimental, “I don’t wonder she ran away with Father when she grew up.”

Emily gasped. It seemed very dreadful to be called a little cuss. But Ilse had said it quite admiringly.
“Well, where are you going now?” asked Ilse. “There’s a thunderstorm coming up.”
So there was. Emily did not like thunderstorms. And her conscience smote her.
“Oh,” she said, “do you suppose God is bringing up that storm to punish me because I’ve run away?” “No,” said Ilse scornfully. “If there is any God, he wouldn’t make such a fuss over nothing.” 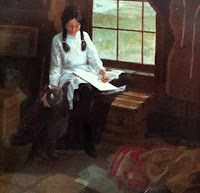 “My epic,” said Emily, diligently devouring plum cake, “is about a very beautiful high-born girl who was stolen away from her real parents when she was a baby and brought up in a woodcutter’s hut.” “One av the seven original plots in the world,” murmured Father Cassidy.

If Montgomery had written, “said Emily earnestly,” the adverb could have been deleted with my blessing. But “diligently devouring plum cake”—how can the reader fail to be enchanted? This passage, by the way, was my introduction to the concept of the seven original plots. Writers may disagree on the list, but we all suspect it exists.

“What do you think of us?” demanded Aunt Nancy. “Come now, what do you think of us?”
“That isn’t a fair question,” cried Emily.
“You think,” said Aunt Nancy, grinning, “that I’m a hideous old hag and that Caroline isn’t quite human. She isn’t. She never was—but you should have seen me seventy years ago. The men were mad about me. The women hated me, of course--all but Caroline here. You worshipped me, didn’t you, Caroline? Caroline, I wish you didn’t have a wart on your nose.”
“I wish you had one on your tongue,” said Caroline waspishly.

I’ve cut some of the passages for the sake of brevity but not a single adverb.

Note also that Montgomery’s adverbs are not Tom Swifties:

“Get into the refrigerator,” he said coldly, “or I’ll shoot.”
“Do you think you’re going to walk across this desert,” he said drily, “without your boots?”

It's easy to make fun of something, in this case adverbs and adverbial writing, that it’s trendy not to respect. But as writers, we owe it to ourselves not to dismiss them without investigating what they’re like when they’re done well by a master writer whose work has sold in the tens of millions and survived for more than a hundred years.
Posted by Elizabeth Zelvin at 00:01