Happy Fourth of July, everybody!  But today's column is, alas, not about Independence Day. 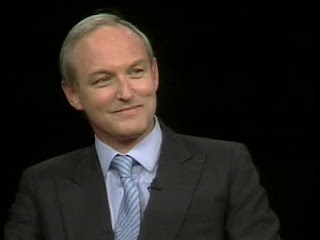 I'm also not talking about mystery writing, or about my own stories or books. (I usually stay as far away from politics as possible, when I write.) Today I'd like to feature--and recommend--the work of Christopher Buckley, an author whose novels I've enjoyed for a long time. He's the son of the late William F. Buckley, and writes mostly humorous political fiction.

I should phrase that another way. He writes mostly satire. Not all nis novels are political--but all are humorous. I was doing such heehawing while reading one of his books a few weeks ago, my wife asked me if I was reading something by Janet Evanovich. I said no, but this was just as hilarious, in a more subtle way. Author Tom Wolfe has called Buckley "one of the funniest writers in the English language," and that might be true.

Here are some of his novels, all of which I've either read or re-read over the past year or so, with a quick description of each: 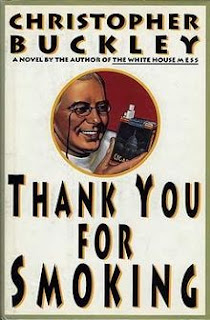 Nick Naylor is a spokesman (smokesman?) for the American tobacco industry, and he's so good at being slick and unethical and deceitful, he's made enemies of everyone from the medical and scientific  communities to the FBI to an army of anti-tobacco terrorists. This novel was adapted into a 2005 movie starring Aaron Eckhart, Mario Bello, Sam Elliott, and half a dozen other names you would recognize. (I watched it again last night.)

The story of John Banion, a famous Washington talk-show host who is abducted by aliens, becomes a hero to millions of UFO believers, and launches a crusade in favor of full-scale government investigations of extraterrestrial sightings and activity.

When Elizabeth MacMann, the First Lady of the U.S. (widely known as Lady Bethmac), is tried for the murder of her husband, her only hope is a notorious defense attorney who also happens to be her former boyfriend from law school. 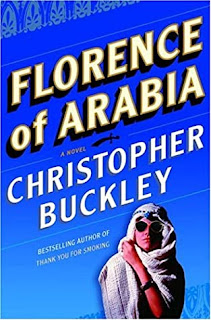 Arabian official Florence Farfarletti stirs up Washington by hatching a plan for female emancipation in the Near East, using TV shows and a team that includes a CIA assassin, a flashy PR rep, and a brilliant gay bureaucrat.

A tale of a young blogger who causes a social uproar when she suggests that Baby Boomers be given government incentives to commit suicide by age 75. The main opponents are the Religious Right and of course the Boomers themselves, but a surprising number of Americans seems receptive to the idea.

When U. S. President Donald Vanderdamp has a hard time getting his nominees appointed to the Supreme Court, he decides to back a judge already popular with the masses--because she's the star of a hit reality-TV show.

Washington lobbyist "Bird" McIntyre sets out to discredit the Chinese by trying to convince the American people that China is plotting to assassinate the Dali Lama, a risky plan that threatens to start another world war. 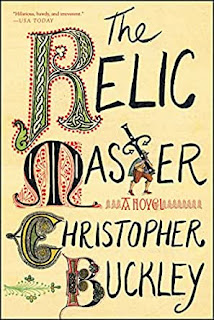 Set in 1517, this is historical satire rather than political satire: the story of Dismas, a relic hunter who--with the assistance of artist Albrecht Durer, three thugs-for-hire, and a maiden Dismas has rescued from assailants--conspires to replicate and sell Jesus Christ's burial shroud. USA Today described it as "Indiana Jones gone medieval." I think this one's my favorite, of all Buckley's novels, and amazingly accurate, historically.

The thrilling adventures of an inept Englishman named Baltasar (Balty) St. Michel, who's dispatched from London to the New World in 1664 to bring in (to justice) two judges who helped murder a king. Probably my second favorite.

One of Buckley's novels I'm looking forward to reading is Make Russia Great Again, to be released next month. I'm told it features Herb Nutterman, President Trump's White House chief of staff, who finds himself embroiled in both Russian intrigue and Trump's reelection campaign. (Talk about current events . . .)

Again--don't worry, you're not at the wrong blog. Even though these are not mysteries, they include crimes galore, from ancient to modern-day, and they're fun to read. Anybody else a fan of this kind of fiction? Of humorous fiction in general? Of Christopher Buckley? Who are some of your favorite writers of humor or satirical stories/novels?

Thanks for indulging me. Next time, in two weeks, it's back to more mysterious topics . . .