Where Does It Come From? 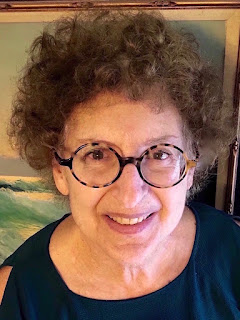 Most writers regard "Where do you get your ideas?" as the wrong question to ask a writer or at least not the most interesting question, as they get it far too often—and too often, the honest answer is a less than scintillating, "It depends." But I know the answer can be interesting when applied to a single story. I've seen John Floyd do it more than once right here on SleuthSayers. So I'm going to give it a shot— a double shot, because I keep confusing two standalones, both written in 2018 and published a year or two later in Alfred Hitchcock's Mystery Magazine: "A Work in Progress" and "Reunion."

My series stories are inevitably based on characters first. When a new Bruce Kohler Mystery bubbles up, it starts with Bruce and Barbara and Jimmy wisecracking in my head. If I hear Diego and Rachel or any of their kin or descendants, I know another entry in the Mendoza Family Saga is on the way.

My standalone short stories are another matter. In them, character grows organically from the ineffable yet essential quality we call voice and from ideas for plot elements and situations. The two, plot and situation, are not exactly the same thing, although situation fuels plot.

My series stories are both told largely in the first person from the point of view of a male protagonist. Bruce and Diego have strong voices that are entirely different from each other's and also entirely different from mine—one of the great advantages of writing in a gender not one's own. Bruce might say, "Jimmy thinks I'm leading with my dick again." Diego might say, "I talked seriously to Rachel about the possibility of rape, because if she were taken by soldiers, I did not want her to be taken unawares." Anyone still not understand what "voice" is?

When I wrote "A Work in Progress," I started out by setting my scene in Florida, which was the theme of the anthology I planned to submit the story to. I wrote:

Giant fans rustled all around me: high overhead, the vast leaves of the palm trees, and on either side of the creaking wooden walkway under my pounding feet, saw palmettos in constant motion as armadillos threaded their stealthy way beneath them. The only other sounds were the jingling of crickets and the occasional cry of an unseen bird.

Very pretty. Evocative. The only trouble was that it wasn't my voice. There was an "I" with "pounding feet" hiding in there among the palms and palmettos. But I knew at once that I couldn't write a whole story in that voice. I wrote:

I had to admit the little literette could write. She had certainly captured the ambience of the terrain around the North Florida center for the arts where we had both been awarded coveted associate residencies for three weeks, with the proverbial room of our own and daily workshops with an acclaimed Master Artist. Calendula Faulk was one of that rare breed, a crime novelist whom the literati took seriously. Along with her Edgars and Daggers, she'd been shortlisted for the Pulitzer and the National Book Award. The eight associate artists she'd hand picked came from all over the country. We ranged in age from twenty-two—the precocious Miss Muppet—to sixty-two. That would be me, currently refusing to divorce the man who'd left me for this clever little tart.

And so Hester the rejected wife, in whose tart (sorry!) voice I certainly could write a story, because it resembles my own narrative voice, was born.

What's any Bruce Kohler mystery about? A recovering alcoholic with a smart mouth and a heart of gold in New York. A Mendoza Family Saga book or story? A Jewish brother and sister who were kicked out of Spain in 1492, sail with Columbus, and end up in Istanbul where Rachel gets a job in the Sultan's harem—not that job. In my standalones, no matter how strong the protagonist's voice is—or the narrative voice, if the story is in the third person—that's not what animates the story.

"A Work in Progress" is about a love triangle that erupts during a writers' workshop at an arts center in North Florida. "Reunion" is about how the past strikes a woman who encounters two old friends at a college reunion. See? The characters are important. But the story is about the situation—inevitably, one with potential for conflict—on which a plot will be built as the author writes the story.

I'm going to list a series of statements from elements of the two stories that came from life—or from my head as I write. True or false? Answers will not be provided below.

That's thirty, and I could go on till the cows come home. Where do my ideas come from? They just keep pouring out of me.
Posted by Elizabeth Zelvin at 00:01