by Leigh Lundin
This past week America witnessed an attack on peaceful protestors at a park in our nation’s capital. Even more disturbing, the government chose to deploy the United States military against its own people, harking back to the days of our founding mothers and fathers. That was dire enough, some units, possibly from the Bureau of Prisons, entered the fray without identifying insignia or nameplates, a violation of the Rules of War.

For those reading or writing thrillers based on the reality, following is a capsule summary of some of the ‘non-lethal’ but nonetheless potentially deadly weapons at the disposal of our government to use domestically. This list does not include contact weapons such as truncheons, tasers, and stun guns.

CN – Mace
Mace™ or chloroacetophenone is weaker than CS gas but its affects persist longer. Chemical Mace is a liquid that temporarily immobilizes and disables a person, blinding and disorienting them and causing intense pain in the eyes. It is generally prepared as an aerosol spray.

CR – Fire gas
DBO or dibenzoxazepine is a type of tear gas developed by the British Ministry of Defence as an incapacitating and lachrymatory agent. More powerful than CS gas by a factor of six to ten, it’s also extremely persistent, lasting up to two months, one reason to leave it on the shelf. It cannot be washed off.

CS – Tear Gas
O-chlorobenzylidene malononitrile represents the classic tear gas. Banned by the Geneva Convention for use in War, a number of countries, including the United States, freely use it against its own citizens.

OC – Pepper Spray
Intended for non-lethal use in standoff situations, oleoresin capsicum was develooped by the FBI’s Kamran Loghman in the 1980s. Although deemed non-deadly, deaths and contributions to death have been caused by pepper spray. Its inventor regretted its use against peaceful protestors, saying, “I have never seen such an inappropriate and improper use of chemical agents.” 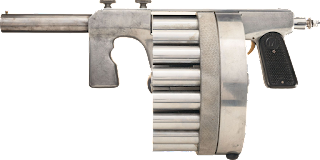 Flash-Bangs
A type of stun grenade, a ‘thunder flash’ or ‘flash-bang’ was intended to be a non-lethal mass disabling device. Nevertheless, fatalities have occurred from proximate detonation (including a North Carolina SWAT officer), smoke inhalation, chemical burns, and heart attacks. Injuries can be severe including burns, retina damage, and auditory damage. Minneapolis has undergone more than one unfortunate incident including the deaths of an elderly couple after a grenade set their home afire during a ginned-up drug raid.

Stun Grenades
Concussion devices and flash-bangs fall under the umbrella term of stun grenades. These often use the same packaging and delivery systems of conventional grenades. In addition to attacking sight and sound, some anti-terrorism types instantly consume available oxygen, making breathing difficult. This latter effect should not be confused with smoke and gas grenades.

Sting Balls
Stingers™ and their ilk are built like conventional fragmentation grenades, except they’re constructed of hard rubber instead of pot metal. Typically they pack up to a hundred rubber balls and oftimes powdered capsaicin II (PAVA) to add to injury. Because the projectiles cannot be controlled, they often result in severe injuries including loss of fingers, hands, and eyes.

Bean Bags
Called by the manufacturers ‘flexible baton rounds’, beanbag bullets consist of pouches loaded with 2mm #9 lead shot stuffed in shotgun shells. While deaths are infrequent, beanbags can stop the heart, puncture vital organs with a broken rib, crush the larynx, snap the hyoid bone, and shatter the skull.

Plastic Bullets
Intended to be less lethal than rubber bullets, plastic projectiles have largely replaced their rubber counterparts. However, plastic bullets can still prove deadly, especially when targeted above the waist and particularly amongst children.

Rubber Bullets
The British invented so-called ‘batton bullets’ or ‘rubber rounds’ for use in Northern Ireland before they made their way to the United States. Due to their uncontrollable ‘bouncy’ nature, rubber rounds have a death toll of 2-3% and a 15-20% permanent disability rate.

Sponge Balls
Police spokespersons call these ‘nerf balls’, but these are serious weapons-grade projectiles intended to be a little less lethal than rubber, plastic, and wooden bullets. They are capable of breaking bones, as a Florida woman learned when one shattered her eye socket.

Wooden Bullets
The Nazi SS found wooden bullets inflicted lethal wounds that could not be operated on, leaving the victim to face a slow, painful death. When fired into the head, the Germans further learned the wood wreaked terrible destruction without exiting the skull, making them a ‘safe’ bullet. Described as ‘short bolts’, wood projectiles date far back in history but were deployed last week in Washington for ‘pain compliance’ in crowd control.

Are there other ‘compliance’ weapons we readers and writers should know about?
Posted by Leigh Lundin at 00:01