Claude McKay apparently wrote his fifth novel,  Amiable with Big Teeth, in 1941, and nothing came of it until a Columbia grad student stumbled across the manuscript seventy years later, and got it published. McKay was a figure in the Harlem Renaissance of the 1930's, if not so influential or well-known as Langston Hughes or Zora Neale Hurston. I'm no expert on the period or the people, or America's complicated relationship with race and history (much of which is clearly a history of willed ignorance), but McKay's book fascinates me because it's a social satire about black political engagement - and denial.

There were a lot of competing ideas in the 1930's, and two of the big ones at odds with each other in the Harlem of the time were Marcus Garvey's black nationalism and the siren song of Russian Communism. The actual issue in the novel is how the black community should respond to Italian aggression in Ethiopia: Mussolini's imperial ambition to dominate the Horn of Africa, and a stark demonstration of white European power deployed against a supposedly backward tribal culture, with attendant white barbarism, because their targets were African. This sideshow (not to the Ethiopians, whose estimated losses were three-quarters of a million people) took place on the periphery of a convulsive struggle in Europe between Left and Right, Stalin and his surrogates pitted against Hitler and his - although this vastly over-simplifies the internal divisions and quarrels over ideological purity the various factions tried to contain. The point here is that the same conversations are animating Harlem that fracture the body politic elsewhere. 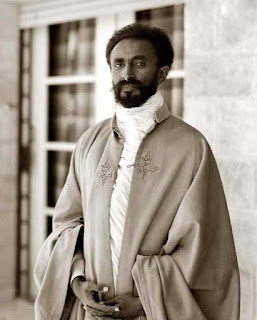 American politics have often been about grievance.  We want a place at the table, but when we get there, we put both feet in the trough. The immigrant experience follows a criminal model, the Irish and Tammany, the Italians using the Mafia to get political power, although this is generic. The first Vikings and English and Spaniards who landed in the New World were bent on piracy. The slave narrative, on the other hand, reverses the conventions. 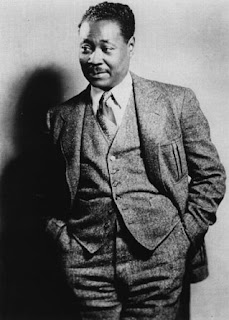 History turns out to be malleable. We used to think it was hieroglyphic, etched in the stone, but like our personal history, you can walk into the house of memory by a different door, and suddenly see it turned around, from the back stairs, or the servants' quarters, so to speak.

It's not my purpose here to revisit or discredit the American origin myth, or redress old injuries. There are people far better equipped, for openers. I want to look at two things, though, one external, the other internal.

From the outside looking in, how do we understand the black presence in American popular culture? How in fact it's been appropriated, or sanitized, but certainly distorted. It's not simply that your experience isn't reflected, it's that your experience isn't represented at all. Okay, we can say the average American white experience of the 1930's isn't accurately represented by William Powell and Myrna Loy, but we wouldn't mind. On the other hand, it's hard to imagine Marcus Garvey seeing himself in Stepin Fetchit.

We might pause for a moment and examine the Stepin Fetchit oeuvre, which is more ambiguous than received wisdom suggests. He made a couple of pictures with Will Rogers, for instance, and in Steamboat Round the Bend particularly, they demonstrate a very sly and subversive relationship. Step was a millionaire, by the way, and got featured billing in his pictures. The problem for black audiences, then and now, is that Step's characterizations get taken as an actual representation of black character. For a white audience, Step is a reassuring stereotype, an unthreatening lazybones. It's not far from here to Amos'n'Andy. 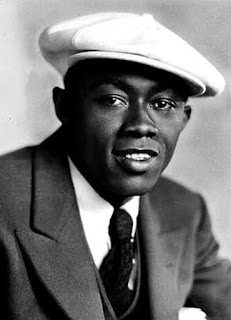 The second thing that bothers me is how this distorted mirror image might be internalized, by a black audience. It can't be an exaggeration to say black people are a hell of a lot more aware of their circumstance than white people are. Black people don't need white people to recognize this, as if white recognition would verify the black experience, that the black experience only matters when white people take notice. If you've been left out of the national conversation, or nobody hears the bear shit in the woods, is there silence?

I know I'm well out of my depth, but I can't help but think about what happened after the war. The fury of the years between, the 1920's and 1930's, the economic collapse, the street marches, the rise of Fascism, the cleansing of the politically impure, the scapegoating of the Jews - and then the savagery of the war itself.

I grew up in the immediate postwar era, and it was about hope. Our parents were lucky enough to get home. It was the era of noir, as well, and nuclear anxiety. We were the war children, Van Morrison's wonderful line, "born 1945." How come that generation of black kids, born 1945, got excluded? Their dads fought in the war with our dads, they beat Hitler and the Japanese with all the rest of us. 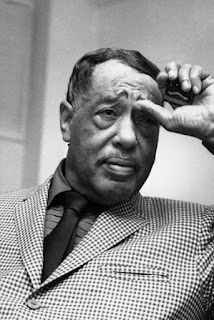 This is sad. This is stupid. This is shameful. It's just too God damn dumb. We owe an enormous cultural debt to guys like Duke Ellington, or Ray Charles. We'd be diminished without Frederick Douglass or Harriet Tubman. It's embarrassing that I even have to make a list, or worse, search for their names. Seriously. We're still talking about who we'll choose to include as Americans, and the invisible Americans have already chosen.
Posted by David Edgerley Gates at 00:00

The ongoing problems in American culture is that
(1) race-based slavery began in the Americas; before that, a slave could be anyone at all, at any time, because slaves were the spoils of war. (The word "slave" comes from the word "Slav"; a pedagogue - i.e., teacher - comes from the Roman word for a Greek slave who taught your children the Greek language and culture)
(2) Thereafter, black = slavery, and became a category of subhuman, thanks to a lot of pricks who I will not honor by listing;
(3) With the result that, here in America, if someone is called American, you know they're white, because otherwise they would have been called by their race: African-American, Asian-American, Native American, Hispanic-American, et-effing-cetera.
You're absolutely right, David- it is sad. It is stupid. It is shameful. It is just too God damn dumb.

I felt dumb thinking Obama's election marked a watershed moment, that racism was on a downhill slide. Hell, he hadn't yet been sworn in when the bile dams burst, with hate media arguing who came up with the terms affirmative-action president, a black stain on the White House, and declaring treason and shipping 'im back to Kenya. Yeah, I felt dumb and mortified underestimating the slimy depths of the gene pool.

Steppin, A&A, and Rochester leave an uncomfortable feeling even for white folks, but at the same time, I can't avoid respect for those who understood the system and played the game, one step at a time. Those in the modern Woke Kulture couldn't have managed a fraction as well.