Last time, we discussed how dialogue can deepen character, so today we'll look at how it can advance your plot.

Obviously, we need to understand the situation and what is at stake, and we learn that through exposition. An information dump or obvious explanation too early in your story kills pace and energy, and may drive your readers away. Playwright Jeffrey Sweet shows us there's a right way and a wrong way to convey information. 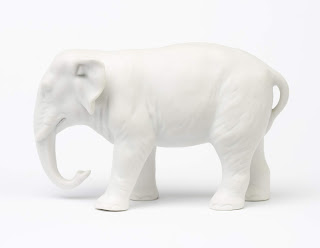 Hemingway's short story "Hills Like White Elephants" presents a man and a woman arguing over her having an operation. Since they know what the operation will be, they never explain it to us, but it's clear and drives the story. The opening scene of David Mamet's play Glengarry Glen Ross shows two men using jargon they never explain, but eventually the audience has enough context to understand that they're real estate agents. Both examples show Private Exposition, so-called because the characters don't share it. It gives information, but provides tension and doesn't slow the action. As long as your characters speak to each other and not to the reader, you're fine.

Public Exposition has the people explaining things so the reader knows them, too. This means at least one character in the scene has to be brought up to speed. It's typical in mysteries when someone has to explain the situation to the sleuth. Be sure someone in the conversation doesn't know what's going on or this can become heavy-handed and smothering.

"I was talking to John, who, as you know, is your brother."

Ibsen and Chekhov used to load their first scenes with servants discussing what their masters were up to, and it was like watching ice melt. Ira Levin even pokes fun at it in his play "Critic's Choice."

The test is simple: if both characters know what they're talking about, don't explain it to the audience. If at least one character is in the dark, add details, but sparingly.

Jodi Picoult talks directly to the reader in House Rules when Emma explains what it's like to live with a child who has Asperger's Syndrome. She puts it in the context of incidents that have happened, which gives it conflict and more life than a lecture.

If you're not sure about what you've written, read it aloud. If you hear yourself lapsing into a monotone, it needs more conflict or energy. And maybe less telling.

Plot points involve your characters doing things or discovering information that changes the situation. Dialogue can make that happen. The easiest way is to have one character tell someone else what's going on. This is good if you're trying to move your plot in a new direction. Jeff tells his wife: We're not going to Atlantic City this weekend after all. I just got laid off. 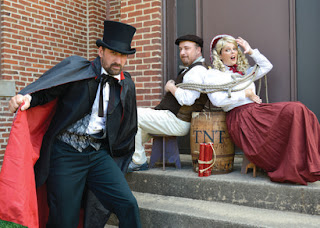 Dialogue can introduce new obstacles, which is a variation on the new information. showing how a character reacts or perceives that new problem deepens your characterization as it moves your plot along, so you get double action for the same low price. You can increase the tension if one character realizes that things aren't what they seem to be, too. Maybe Beth tells Martha that the company has decided to interview someone else for that supervisor slot that she expected to get.

Dialogue can create conflict either directly or indirectly and sometimes the indirect approach is better. One person resists, but is subtle about it.

James Scott Bell offers several ways to avoid dialogue that is so agreeable that it becomes dull.
The second person changes the subject, answers a question with a new question, counter-attacks, or interrupts. All those tactics can lead to a more open confrontation or even an explosion, but they don't have to. It's like watching Congress. Nothing gets resolved, so it increases the tension. If you use all these methods through the first two-thirds of your story, your tension will keep growing until it's time for your big release.

Dialogue can use emotions to manipulate people, too.

There are only two basic ways to make people do something: Force and Manipulation.

Force is the threat of physical, mental or emotional violence, and verbal violence can be very effective. If your parents or an older sib constantly belittled you, you know how much it hurts.

Manipulation plays on the emotions of the other character and may involve an attempt to instill an emotion, generally a negative one like Guilt, Fear, Jealousy, Anger, Lust, Envy, Greed... 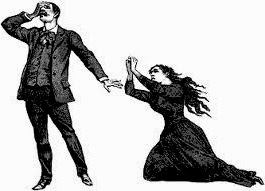 You can show angers through pouting, accusing, name-calling, sarcasm or evasion to create tension, too. Action tags can help, too. They show instead of tell, and they can move a scene along without calling attention to themselves.

"What makes you think I'm jealous?" Melissa's fists tightened until her knuckles turned white.
"You are so beautiful..." Tom buried his face in Clytemnestra's raven curls.

Use "said" and not some showy synonym from a thesaurus. And remember that people cannot shrug, nod, snort, smile, wink or laugh a line of dialogue. I know, amazing, isn't it?

If you have only two people in a scene--which makes life easier--you may be able to write the dialogue by itself and leave out most of the tags, especially if the two speakers have different speech patterns, which we discussed last time. If you use a tag occasionally to help people keep track, it's enough. The Hemingway story I mentioned above does this.

It's easy to speed up the pace of the scene by limiting the length of sentences and speeches, too. Cut description, narration, and tags. Interruptions are good, too. Increasing the tension makes the pace feel faster, too. To slow down a scene, do the opposite. Add introspection and analyzing from the POV character and use longer sentences with more qualifiers.

Dialogue can give information through response or suggestion, too, instead of telling.
"Why do you want to talk to that jerk?" means "I don't like him."
"You actually live here?" suggests "It's a dump."

And finally, a line of dialogue can be a transition into a new scene.
"What are we doing here?" Jack stared at the seedy motel and reached for his gun.

I love dialogue because it offers you so many good choices.
Posted by Steve Liskow at 00:01