We have a special treat today.  Richard Helms is a retired forensic psychologist and college professor. He has been a finalist for the Short Mystery Fiction Society's Derringer Award six times, winning it twice; and has had five nominations for the Private Eye Writers of America Shamus Award; two for the ITW Thriller Award, with one win; and one  nomination for the Mystery Readers International Macavity Award. He is also a frequent contributor to periodicals and anthologies, and he recently sold his third screenplay. His 20th novel, Brittle Karma, comes out this summer. An avid woodworker, Helms enjoys travel, gourmet cooking, playing with his grandchildren, and rooting for his beloved Carolina Tar Heels and Panthers.
— Robert Lopresti 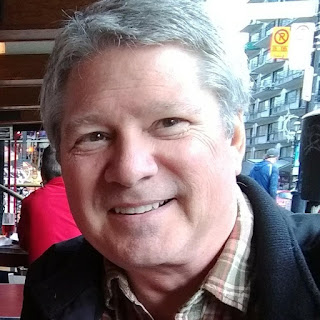 Last July 4th, my wife and I were relaxing at home, reveling in the lullaby of pyrotechnic explosions echoing across the neighborhood, when our daughter called to report she’d just experienced an earthquake. Rachel moved to Los Angeles six years ago for an internship with the Conan O’Brien Show, and stayed to make a go of comedy writing. On July 4th, however, she rocked and rolled with the swarm of 6.0 and higher tremors radiating from Ridgecrest, about 125 miles away. She was safe, when all was said and done, but thinking about the potential for earthquakes reminded me that I inadvertently wrote my San Francisco PI Eamon Gold (Grass Sandal, 2003; Cordite Wine, 2005) into a Spenser-style age conundrum because of another earthquake.

When Robert B. Parker originated the Spenser PI series in 1972, he depicted Spenser as a Korean War veteran who also boxed professionally against Jersey Joe Walcott. Walcott retired from the ring in 1953. Presuming Spenser was at least 20 when the Korean War ended, he was born no later than 1933. That means today's Ace Atkins version of Spenser is 87 years old!

When I started writing Eamon Gold stories in 1999, he was in his early forties. Part of his backstory was that the house he inherited from his parents, in the Marina District of San Francisco, was destroyed in the 1989 Loma Prieta earthquake. No problem, since it was only 10 years earlier, right?

Wrong. It's a problem. The third Eamon Gold novel, Brittle Karma, will be released by Black Arch Books this summer. It’s now twenty-one years after I first wrote Grass Sandal. By my best estimate, Gold and I are now both in our middle 60s. He was always at least a decade older than his girlfriend, Heidi Fluhr, who is in her thirties. Now he's at least thirty years older. In my head, he's still in his middle forties. History, however, says otherwise.

I dodged this problem with Pat Gallegher, my New Orleans-based marquee protagonist, by writing myself a rule that all his novels take place before Hurricane Katrina, and all his short stories take place between 1999's Joker Poker and 2001's Voodoo That You Do. So, despite the fact that the fifth Gallegher novel—Paid In Spades—came out in 2019, twenty years after Joker Poker, Gallegher is permanently between 48 and 52.

Parker and Atkins solved the problem of a geriatric Spenser by invoking magic, declaring that Spenser, Hawk, and Susan simply don't age, even though all the ancillary characters like Vinnie Morris, Martin Quirk, Lieutenant Healy, and Henry Cimoli grow decrepit and move into retirement.

I happily admit that my Eamon Gold series is a Spenser clone. George Pelecanos would refer to Gold as one of ‘Spenser’s Sons.’ I simply decided, in tribute to Robert B. Parker, to also allow my protagonist and his squeeze to defy the laws of nature and—like Peter Pan—simply never age. Details, right?

Eamon Gold might not age, but his creator certainly does. I recently attended my first Medicare physical exam. The hair that falls to the floor during my monthly visits to Great Clips gets grayer by the year. Things ache that didn’t ache before, and the aches aren’t going away. However, I am remarkably impressed—despite the inevitable pull of gravity and the countdown timer clicking away in my genes—that, at sixty-five, I’m still active and vibrant. My shock at my lack of total dilapidation at a point in life when most of my ancestors were already dead has inspired me. 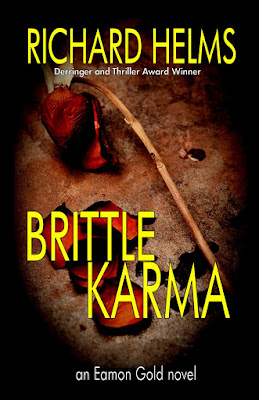 Likewise, I believe Boomers—still the largest consumer group for genre fiction—want to read mystery protagonists who look like them and share their cultural history. Recently, I penned a screenplay for an independent filmmaker who insisted I use my New Orleans protagonist Pat Gallegher as the lead character. However, I wrote it in modern day, fifteen years after Gallegher’s novel adventures. He’s older by a great margin, and feels it, but in the end, he is still the knight errant of his youth. Our bodies may change, but our character still shines through.

One of my short stories, “See Humble and Die” (The Eyes of Texas, edited by Michael Bracken, Down and Out Books, 2019) was recently selected for inclusion in Houghton-Mifflin’s The Best American Mystery Stories 2020, edited by Otto Penzler and C.J. Box.  This story features a retired Texas Ranger in his early seventies who fends off the boredom of retirement by hanging out a P.I. shingle and serving legal papers. As I wrote it, I saw seventy-five year old Sam Elliott as my protagonist, Huck Spence. And, you know what? It worked. I can still imagine Elliott kicking ass and taking names, and I bet you can too. When it comes to heroics and good old-fashioned knuckles-and-know-how detective action, there’s a market for tough old birds like Huck Spence.

As my character in Brittle Karma noted, the Boomers are dug in and not letting go.  We’re the generation who said, “We’re never growing old!”, and we’re keeping that promise. We deserve literary characters who look and think the way we do, even if we might need to suspend our disbelief, just a tad, to make them plausible.
Posted by mystery guest at 00:00