Besides being fun to write, these mini-stories--I've heard them called "sudden" fiction--are good practice. If you set out to write something short, especially something with a predetermined wordcount, you know you can't waste any words. It's a concept we writers need to keep in mind for longer stories as well, but with very short stories it's vital.

What do some of these tiny stories look like? Here are some examples. 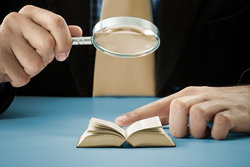 My recent effort at 50-Word Stories is titled "Mum's the Word"--which they misspelled as "Mom's the Word," not that it matters; that title might be better than my own. It's a dialogue-only piece that was originally published years ago at a place called Flashshot.

Here's a link to my story, and since it's so short I've reprinted it here:


(Thanks again, by the way, to those kind folks who posted comments at the bottom of that story.) 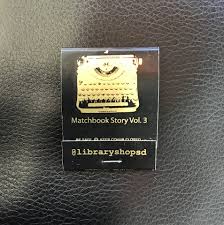 Here's another short-short-short, this one not quite fifty words, written by my friend Kate Fellowes. She informed me that it recently won the San Diego Public Library's annual Matchbook Short Story Contest (!). Notice how much information she managed to pack into so few words:


Who stole my youth? The detective I hired uncovered the truth. "They were in it together," he said, passing me photos. Father Time showed no remorse, his face kind and gentle. Mother Nature was unrepentant. "Honestly, darling," she said when questioned, "what did you expect?"


I really, really like that story. Thank you, Kate, for giving me permission to reprint it here.

Still counting down, I want to mention a story I included in a SleuthSayers post several years ago. I wrote it for a contest--the instructions said to compose a 26-word story such that each word begins with a different letter of the alphabet, in order. (Contestants were allowed some wiggle-room in that we could use words like Xcept and Xtended and Xterminated for the letter X.) All this struck me as a challenge, which it was, and it turned out to be even more fun than I'd thought. I wrote eight or nine Xperimental stories before picking the one I wanted to send in--here are a few of those I considered submitting: 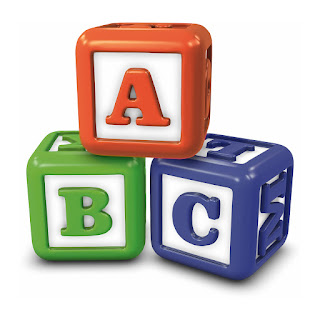 Since you're probably rolling your eyes by now and searching for a Tylenol or a barf-bag, let me assure you that I agree: none of those seemed to hit the spot. (I have some more near-misses, but I'll spare you.) I finally wrote and submitted this one instead, which I titled "Mission Ambushable."


That story, which I realize is still a groaner, wound up winning second place in the contest, which resulted in a $30 Amazon gift card that got used about ten seconds after it hit my inbox. (I don't recall what the first-place story was, but I remember consoling myself that it wasn't as good as mine. What were those judges thinking . . . ?)

And here's another of my masterpieces, called "The Pain in Spain":

She ran with the bulls at Pamplona;
One stuck her, another steptona.

(Okay, that's a poem, not a story. But you'll have to admit, it's profound literature.)

I read someplace--I think it was in a how-to-write book by English novelist E. M. Forster, though I can't remember its title--that a story can be defined as a series of related events. An example of this, he said, is the following eight-word sentence:

The king died and then the queen died.

Nor much of a story, you say? Maybe not. But since it involves two events that are related to each other, it meets the requirements. And in case you're interested, I recall that Forster went on to illustrate the difference between a story and a plot. He said that while those eight words make it a story, adding two more words can make it a PLOT:

The king died and then the queen died of grief. 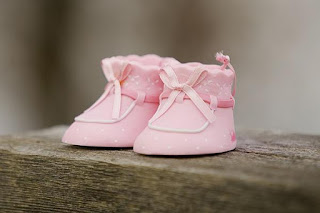 One of the shortest stories I've seen, again and again over the years--you probably have, too--is the following six-worder:

Some say its author was Ernest Hemingway, but that's never been proven. I still love it. In fact, if I think about it too long it brings a tear to my eye--and I admire any story, poem, novel, or movie that can do that.


Not to be outdone, here is my own six-word story, called "Radio Silence."

That one was submitted also, to a six-word flash-fiction contest. It not only didn't win, it never even got a response. (Not that I let rejection bother me; I choose to believe it fell behind the piano and the judges never saw it.)

I'm afraid I don't know of any story examples of fewer than six words. If you do--or if you know of other shorties under fifty words, especially those you've written yourself, please let me know in the comments. And for those of you who have done this kind of thing, did you find micro-writing interesting? Challenging? Fun? Hard? More trouble than it's worth?

By the way, that SleuthSayers post I mentioned, about the alphabet-soup contest? I remember closing it with the following thought. It seems to apply here too: