Call Down the Thunder – with Deitrich Kalteis 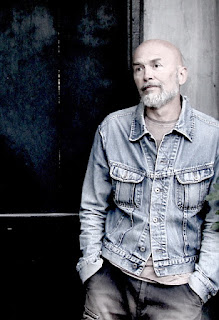 Take it away Dietrich.


Paul D. Marks: Call Down the Thunder is your seventh book by my count. It takes place in Kansas in the 1930s. You’re Canadian—what made you choose 1930s Kansas?

Dietrich Kalteis: Being a time of great hardship, the dust bowl of the thirties seemed the right setting for the story. The initial idea started off with a couple at odds with each other while trying to survive on their desolate farm, and the drought and dust storms added a layer to their desperation and struggle. 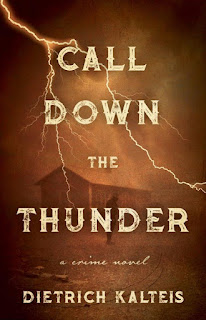 How did you do research for that long-gone era? And did you learn anything that surprised you or that you never knew before?

I went through years of archived newspapers, historical accounts, personal memoirs, and I viewed hundreds of images of the damage inflicted by the dusters and drought. The Kansas Historical Society along with several websites were great resources. I enjoyed the digging, learning about the people and how they survived and adapted to whatever came.

How did you come up with the characters of Sonny and Clara Meyers? Are they based on anyone you know or knew?

Sonny and Clara simply started as a young couple at odds with each other, and their characters and backstories just evolved through the first draft. And no, they weren’t based on anyone I’ve ever known.

What’s your method? Do you get the idea first, the characters, some neat plot twist? How does the story all come together?

It started with a single scene where Sonny is alone splitting firewood in his yard, and he gets to wonder about his supper, and why Clara isn’t home yet from the general store fixing it like she always does. And he gets a feeling that maybe she isn’t coming back. The story grew from that scene, and I switched back and forth from his and her POVs. One scene led to the next, and subplots and backstory just filled in as I kept writing that first draft. When I started I had a different outcome in mind, and a better one came along as I got into the second draft.

You don’t write a series character. Is there a reason for that? Any plans to do one in the future?

So far when I’ve finished a story, all the ends have gotten tied up. Sometimes key characters aren’t with us anymore, or they’ve achieved their goal, learned a life’s lesson, and there’s just no more story to tell.

By the time I’ve finished one story, I usually have ideas for the next one, and so far they’ve been unrelated to the ones before. Who knows, maybe the right character(s) will show up, and I’ll have them stick around for a while.

And your books are set in a variety of different places and deal with a variety of characters. Which I think is kind of cool in that you’re not limited to a certain set of characters or locales. Is there a reason you chose to go this way instead of writing a series or staying in one or two locations?

I come up with what I feel is the best setting for each story. Sometimes the setting is familiar to me, places I’ve lived, and sometimes I have to take a trip and do some research until I feel like I know the time and place.

Often the settings add a character-like feel. For instance, the fires in House of Blazes started to feel like an antagonist, and really drove the pace. And the dusters helped create the feeling of isolation in Call Down the Thunder. I don’t think either of these stories would have worked as well set anywhere else.

When I think up a scene for a story I just add the character(s) I’d like to see handle the situation, and they just take shape from there. 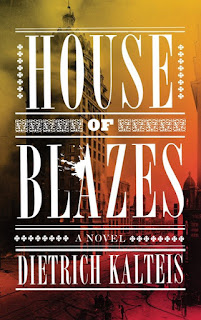 You’ve won several awards, which is really cool. Do you think it’s made a difference in the way you write, what you write, how your writing is received, etc.?

I don’t know if it’s made a difference in the way my writing is received, but I can tell you it’s encouraging and gives me the feeling I’m on the right track.

What’s your background? Do you have a day job? Or did you—what is/was it? And does it come to play in your writing?

For years I worked as a commercial artist, but not much of my former career has come into my writing.

You could say writing is my day job, except it never feels like a job. That would seem restrictive, too nine to five. I don’t have any set rules about it. Usually the mornings are the best time, so I write until around noon, then maybe again for an hour in the evening.

Does your Canadian background make your books different than books from American crime writers? If so, what do you think the difference is and why?

I don’t think my background really comes into it. If I’m writing a story set in Canada, then I have to play to regional customs, dialects, that sort of thing. The same goes for a story set somewhere in the States. All that matters is that the story is convincing to the reader.

Who do you like reading? And who’s inspired you?

In the crime genre I like reading George Pelecanos, Dennis Lehane, Carl Hiaasen, S.J. Rozan, Don Winslow, James Lee Burke and James Ellroy. And I’ve been inspired and have read just about everything by past-masters like Elmore Leonard, George V. Higgins, James Crumley, and Charles Willeford.

Do you read outside of your genre?

Is it hard for you to write characters who aren’t like yourself. Women, for instance, like Clara in Call Down the Thunder. Or Frankie del Rey in Zero Avenue. How do you get inside a character’s head when they’re completely different from yourself?

I think if a character were hard to write, I’d have to abandon that one. As each individual’s personality and backstory takes shape through the early stages, that character becomes real and believable. Gender or how different they are from me doesn’t matter. I write from their perspective and just turn them loose on the page and follow their actions, letting them stay true to their own nature. 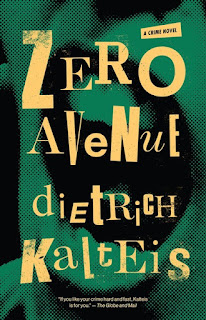 Do you edit your own work? Hire a professional? Writing group? Friend?

I write three or four drafts without anybody looking at it. I want each story as polished as I can make it before I send it off to my publisher. From there, it’s in the hands of the professionals. I’ve been fortunate to be teamed with a great editor ( and a wonderful author) Emily Schultz. She’s edited all seven books with ECW Press, and she’s always spot-on and just amazing to work with.

The next two novels are in queue with my publisher. The first one is set in present-day Vancouver and involves a cheating couple being pursued by a gangster husband who’ll stop at nothing to catch them. It takes readers through northern BC and up into Alaska. The one after that is based on a pair of lesser-known, real-life bank robbers who were at large in the central States in the late 1930s. I don’t have release dates for either story yet.

Currently, I’m working on one set in present-day Vancouver involving a retiree, a runaway, a couple of casino crooks and one killer motor home.

Where can people find you and your books?

My website is http://www.dietrichkalteis.com/, and my publisher’s site is www.ecwpress.com.

My blog is Off the Cuff: http://www.dietrichkalteis.blogspot.ca/

And I regularly contribute at 7 Criminal Minds: http://www.7criminalminds.blogspot.ca/

And I’d like to thank you Paul for having me as a guest on SleuthSayers. It’s been a real pleasure.

Check out my Duke Rogers Series: