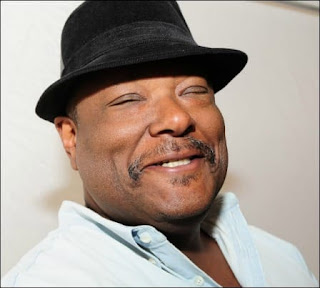 “Listen for the thunder, Troy! A bolt of lightning just struck my thinking machine!!”

So says Danny Raven to his partner Theodore “Troy” Young as the two scope out a bad guy in a Rolls. These two swingin’ dudes were globetrotting secret agents whose cover were being reporters – playing off of it seems the real life cases of overseas reporters who provided intel to the CIA. Raven was black and Young white in a daily black and white and Sunday color comic strip called Dateline: Danger! Introduced in November 1968, it was written and co-created by John Saunders and drawn by co-creator Alden “Al” McWilliams and ran for the Publishers-Hall Syndicate until 1974. 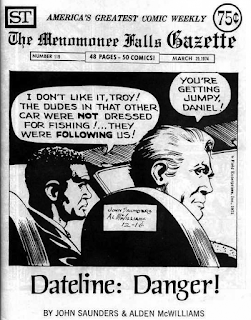 Comics historian Maurice Horn noted in 100 Years of American Newspaper Comics, “One of the most noteworthy entries in the crowded field [of comic strips] was Dateline: Danger! a strip based on the popular I Spy program starring Robert Culp and Bill Cosby. There was much banter and wisecracking going between the partners as they raced cars, engaged in fisticuffs, and dodged bullets in the course of their everyday activities.”

Saunders was the son of comic strip writer Allen Saunders, who wrote among other features the Steve Roper and Mike Nomad adventure strip as well as stalwart Mary Worth. Coming full circle, McWilliams also drew issues of the Gold Key I Spy comic book as well as the Star Trek and Buck Rogers comic strips after Dateline folded. 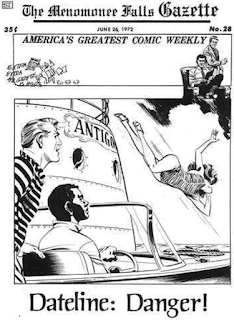 This interracial set-up was a bigger deal than one might think looking back on that time from here. A couple of years before the strip’s debut, there was the November 1966 Ebony magazine article, “What’s Not so Funny about the Funnies” by Ponchitta Pierce. The effervescent Ronettes girl singing group on the cover, Alfred Andriola, the artist of the Kerry Drake strip which the senior Saunders wrote, lays it bare in her piece.

“Comic characters are a white man’s land,” he said. “Let’s face it. You can’t deal with race or color in comics. A colored maid or porter brings a flood of letters. And if we show the Negro as a hero we get angry letters from the South.” He quickly adds that negative reactions are not limited to any area of the country. “All people who are anti-Negro do not live just in the South.”

Predating Raven and Young by decades in terms of and salt and pepper crime fighting pairings in the comic strips was Mandrake the Magician and Lothar. Created and originally drawn by Lee Falk at the height of the Great Depression in 1934, the strip starred the top hat and cape wearing master illusionist Mandrake and his then racially stereotypical African manservant, Lothar. This was not unusual for the time period of the ’30s and ’40s to have an exaggeratedly drawn minstrel-like black comic relief sidekick. Witness Ebony and the Spirit, Smokey and Joe Palooka and Mushmouth in Moon Mullins. Asians too got clowned like Connie in the Terry and Pirates strip and Chop-Chop in the Blackhawk comics.

Lothar too was initially drawn as a caricature but that changed somewhat a year later when Phil Davis took over the art duties. Lothar though remained big, spoke broken English and walked around in a leopard skin for God’s sake. “Not going to kiss the princess goodbye smack, smack,” goes one of his cringe-worthy lines to his boss who then orders him to pack their bags.

According to Jeff Herr in his column entitled “Racism as a Stylistic Choice and other notes” in the online Comics Journal (March 14, 2011) back on October 6, 1943 Ward Greene, an editor at King Features Syndicate sent a letter to Roy Crane who did the Buz Sawyer strip. This was prompted by Crane depicting as was his usual black buffoonish characters. It read in part, “Experience has shown us that we have to be awfully careful about any comics in which Negroes appear. The Association for the Advancement of Colored People protests every time they see anything which they consider ridicules the Negro no matter how faintly. For example, [George] Swanson did a little drawing showing a Negro baseball team breaking up to chase a chicken across the diamond. As a result, papers in cities like Pittsburgh and Chicago were threatened with a boycott by local Negro organizations. Of course, they are hypersensitive, but the sensitivity has, as you know, become more acute than ever with race troubles growing out of the war.”

Lothar would undergo changes in status over the years in the comic strip and other media from the radio to serials to a 1950s TV pilot that didn’t sell wherein he was portrayed by the often underused actor and ex-Rams running back Woody Strode (Spartacus, Black Jesus, etc.). Falk interjected that Lothar came from African royalty and had storylines over the years where Lothar reluctantly must assume the throne of the Federated Tribes. As Tim Jackson noted in his book, Pioneering Cartoonists of Color about the character, he, “… evolved from an illiterate, faithful manservant to a scholarly muscle man making an independent choice of whether to lend Mandrake a hand when his skills were needed. But for some reason, Lothar never lost his passion for wearing leopard print garments.”

Not for nothing about a year after the appearance of the Black Panther in Fantastic Four #52, cover dated July 1966, how Lothar and Mandrake met was retconned. In this version Lothar turned down being a bored prince of the renamed Twelve Nations in favor of being a globetrotting adventurer who was down with the black American experience. By the start of the ‘70s he also got a love interest in the form of his distant cousin Karma. 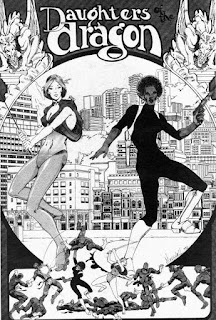 In addition to disco and CB radio, the 1970s also spawned the private eyes of Knightwing Restorations Ltd. aka Daughters of the Dragon in Marvel Comics. Back then there was a spate of black and white comics magazines reminiscent of the old pulps. But premiering in the January 1977, Deadly Hands of Kung Fu #32 was the pairing of black ex-cop Mercedes “Misty” Knight and the born-in-Japan of Chinese and Japanese heritage, Colleen Wing. The two-issue story was written by Chris Claremont and drawn by Marshall Rogers, although they did not create the characters.

“There’s a Kung Fu assassin terrorizing the streets of China Town, and it’s up to the Daughters of the Dragon to deliver justice! Colleen Wing and Misty Knight are the dearest of friends, and the closest of allies. Will the “Daughters” be able to defend themselves, and the public, from this Kung Fu menace?”

That’s how the ad copy read. Actually the plot was about the two going to Japan for some R&R and wind up hunting down the killers of Colleen’s grandfather, ex-head of the Secret Service over there. Once the duo start looking into his death, kung fu fighting breaks out damn near around every corner. 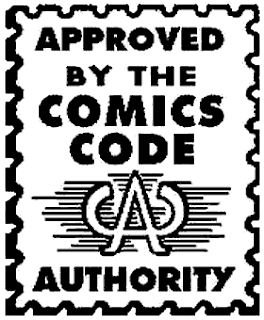 The Comics Code still existed then, which was an entity enacted in the ’50s to among other things make sure, “All lurid, unsavory, gruesome illustrations shall be eliminated.” The black and white magazines were not published under the Code so in the midst of the two kicking the hell out of a bunch of ninjas, some of the ladies’ clothes got torn off.

Later, echoing the passages in Farewell, My Lovely where Raymond Chandler has Philip Marlowe shot up with dope, and riffed on in French Connection II, the women are captured by the arms dealer villain Vachon and shot up with heroin toward turning them into sex slaves. Misty though has a bionic arm courtesy of Tony “Iron Man” Stark, the real one lost in an explosion when she was a cop. She fools the hoods into sticking the needle in that arm and doesn’t get hooked. Colleen on the other hand doesn’t have an artificial arm. But she does have her girl.

As the bad intent Dr. Hartman looms over the smacked-up nude and out-of-it Colleen, Misty escapes and snaps his neck with said robot limb. Through intense meditation, Colleen overcomes her addiction and serves up just deserts to Vachon, whose not too shabby when it comes to sword work, to avenge her grandfather. Misty and Colleen would go on to regularly show up in the four color pages of the Power Man (Luke Cage) and Iron Fist comic book -- the two gents a superhero version of the salt & pepper team.

Check back tomorrow for the second episode of those Crazy Caped Crime Fighters.


Gary Phillips has a retro pulp novel coming out from Polis, Matthew Henson and the Ice Temple of Harlem. He is story editor on Snowfall, a show on FX about crack and the CIA set in 1980s South Central.
Posted by mystery guest at 00:00