Meet the Finalists for the 2019 Anthony Award - Short Story Category


by Barb Goffman
We have only nine days until the fiftieth annual Bouchercon—the world's largest mystery convention—begins in Dallas, Texas. I know some of my friends started (and finished!) packing weeks ago. Others are taking a more leisurely approach, thinking about what they'll take and planning to pack a couple days before they embark. And then there will be some like me, who with the best of intentions will end up packing the day I leave. But no matter if you're a planner or pantser—oops, wrong column. Take two. But no matter if you're a planner or procrastinator (much better), you likely will need something to read on your travels. That's where today's column comes in.

At Bouchercon, all attendees will be able to vote for the Anthony Award in several categories, including one dear to our hearts here at SleuthSayers: the short story category. Five stories published in 2018 are up for the award. And since short stories can be read quickly, you Bouchercon attendees hopefully will have time to read them all between now and the voting deadline on Saturday, November 2nd, whether it be right now or this upcoming weekend or while you are at the airport. So what are the nominated stories and where can you find them? Follow me …

I'm delighted to host here my four fellow nominees. I've asked them each to answer two questions. First, what is your story about—what's your thirty-second elevator pitch? Second, what do you like best about your story? After each author's answers you'll find a link through which you can read that story online for free. Enjoy! Then those of you at the convention can come hear us talk about the stories at our panel at 4 p.m. on Saturday, November 2nd, in the Pegasus room. The panel will be moderated by Angela Crider. The Anthony Awards presentation will begin that evening at 6 p.m. May the best story win! 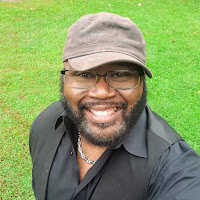 "The Grass Beneath My Feet" is about an incarcerated man who gets a day pass to pay his respects at a funeral home to the mother who betrayed him.

I think my favorite aspect of the story is the sense of freedom it evoked amid so much loss.

You can read "The Grass Beneath My Feet" by clicking here.

"Bug Appétit" is about a con man who flatters his way into Thanksgiving dinner at a rich girl's home, planning on getting away with his stomach full of good food and his pockets full of expensive jewelry. But he's not the only one with secrets—as he learns the hard way.

My favorite part of this story is the humor. I love making people laugh, and I was able to do it in "Bug Appétit" by combining a con man who doesn't pay attention to what he thinks are unimportant details, a grandmother who's not afraid to share her thoughts, and a mother who loves to experiment in the kitchen. Put them all together and you have quite an interesting Thanksgiving dinner.

You can read "Bug Appétit" by clicking here.

"Cold Beer No Flies" is about vengeance, really. My main character is a poor, struggling young gay man trapped in a small Florida panhandle town, who gets an opportunity to not only punish someone who treated him badly but also to get out of town and start a new life.

I think one of the greatest frustrations in life for me is injustice. And while my main character was denied justice originally, he made his own justice. And even though he had to commit a crime of his own to get that justice, I like the idea of him getting away with it. Maybe that's not legitimate, legal justice, but it kind of balanced the scales for me.

You can read "Cold Beer No Flies" by clicking here.

"English 398: Fiction Workshop" charts the secret romantic relationship between a college student and her creative writing professor—a battle of wits and wills unfolding within the student's short story draft for a writing workshop, in the professor's office hours, and then against the backdrop of the larger university.

With "English 398: Fiction Workshop," I really enjoyed experimenting with structure—piecing together a patchwork mosaic with a lot of different elements and even different voices: the draft of the student's story (within the larger story), punctuated by snippets from the professor's lessons about crafting short fiction; the feedback from students within that writing workshop, critiquing both the story and the student herself; and then, later, the voice of another student, writing a column for the school paper about… well, that would be giving away too much. Writing the story, I kept fighting concerns (fears (dread)) that readers might find the whole structure messy and hard to follow, but I’ve felt very relieved with the reception that it’s received—readers putting all those pieces together into a coherent whole, hopefully a satisfying one!

You can read "English 398: Fiction Workshop" by clicking here. 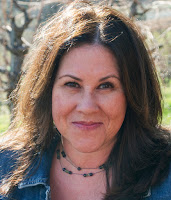 Set in 1948, "The Best Laid Plans" is about Bev Marshall, the driver in a criminal gang run by her boyfriend, Joe Scullion. The crew makes a good living burglarizing affluent neighborhoods on the eastern seaboard, but when Bev learns of Joe's recent infidelity, she decides this job will be her last. The story opens with Bev's foot on the gas pedal, ready to leave the crew high-and-dry after they load the car with stolen treasures. But when she arrives at a run-down Miami motel, ready to fence the goods, things don't work out quite the way she planned.


I really love the story's atmosphere. I worked hard to create the mood, adding small details here and there to add authenticity, and I'm delighted with the result. I actually wrote the bulk of "The Best Laid Plans" many years ago as part of a novel set primarily in 1948 Philadelphia, with action in Winston-Salem, North Carolina, and Miami, Florida. As sometimes happens, the book never got finished, but after a thorough revision of the first chapters, it ended up making a terrific short story—one that holds a special place in my heart.

You can read "The Best Laid Plans" by clicking here.
Posted by Barb Goffman at 00:00