by Steve Liskow
Last week, I poured gas on a Facebook fire when I took people to task for bitching about how hard it was to read the Mueller Report. They complained that it was obscure, confusing, drenched in legalese, etc., etc., etc. 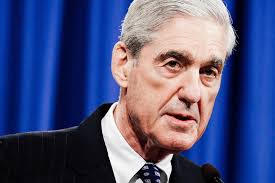 I downloaded the cheapest version I could find onto my Kindle. That edition is 770 pages long and has no page numbers. It only tells me how much I have read and how much time I need at my current rate to finish the whole document. When I entered that discussion, I had read 25%, roughly 190 pages, and had more than three hours left in Volume I. Without timing myself or having page numbers to check, I guess I was reading about 60 pages an hour.

I am 72, have acute astigmatism in my right eye, have had cataract surgery in both eyes, and am mildly dyslexic. I also have a condition called "auditory subvocalization," which means that I hear a voice saying the words when I read. I can't read faster than the words in my head can be spoken. I don't know how fast that is, but in spite of all these "issues," I had no trouble grasping the content of the report.

My perception is that the average American doesn't read enough to be skillful, the academic equivalent of the guy who plays golf once a month and wonders why he doesn't get better. I see many (usually older) people reading at my health club, often on tablets, eReaders, or their cell phones, but few read a "real" book anymore.

Seeing a few words on a small screen changes the impact and effect of the prose because you may not be able to see how long or short a paragraph is, and it makes a difference. A paragraph is a form of punctuation. 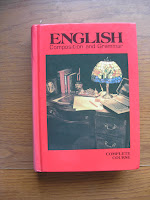 Years ago, Chris Offutt warned writers at the Wesleyan Writer's Conference to proof-read and revise from hard copy instead of on a computer. He warned us about the "screen-sized paragraph" because it changes or removes context and rhythm.

As we dumb-down reading lists in schools and people read on smaller devices, they lose the ability to absorb and process words in a larger context. I suspect that's one reason so many people have trouble grappling with Mueller's report. That said, I give them credit for trying to read it at all. I don't know a single other person at my health club who has made the effort. Conversely, two of my musician friends have read more of it than I have (As I post this Friday morning, I have finished Volume 1). 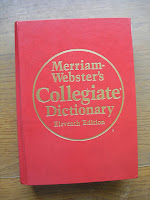 Remember, Mueller was not trying to write a page-turning best-seller. He is a lawyer charged with investigating issues and presenting a report to the legal branch of the United States government. He was constrained by departmental guidelines and the rules of law and evidence. Naturally, the document uses legal jargon. My biggest surprise is that it doesn't use much more of it.

This passage is where I stopped reading to write the first draft of this post:

On February 26, 2017, Manafort met Kilimnik in Madrid, where Kilimnik had flown from Moscow. In his first two interviews with the Office, Manafort denied meeting with Kilimnik on his Madrid trip and then--after being confronted with documentary evidence that Kilimnik was in Madrid at the same time as him--recognized that he met him in Madrid. Manafort said that Kilimnik had updated him on a criminal investigation into so-called "black ledger" payments to Manafort that was being conducted by Ukraine's National Anti-Corruption Bureau [REDACTED: Grand Jury].

Manafort remained in contact with Kilimnik through 2017 and into the spring of 2018. Those contacts included matters pertaining to the criminal charges brought by the Office and the Ukraine peace plan. In early 2018, Manafort retained his longtime polling firm to craft a draft poll in Ukraine, sent the pollsters a three-page primer on the plan sent by Kilimnik, and worked with Kilimnik to formulate the polling questions. The primer sent to the pollsters SPECIFICALLY called for the United States and President Trump to support the Autonomous Republic of Donbas with Yanukovych as Prime Minister, and a series of questions in the draft poll asked for opinions on Yanukovych's role in resolving the conflict in Donbas. (The poll was NOT SOLELY about Donbas; it also sought participants' views on leaders apart from Yanukovych as they pertained to the 2019 Ukraine presidential election.)

The Office has NOT uncovered evidence that Manafort brought the Ukraine peace plan to the attention of the Trump Campaign or the Trump Adminstration. Kilimnik continued his efforts to promote the peace plan to the Executive Branch (e.g., U.S. Department of State) into the summer of 2018. 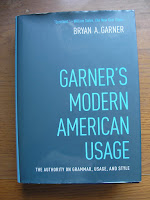 The passage uses long sentences (the average is about 28 words), but few subordinate clauses, appositives, or modifiers (I could do with a few more pronouns, but the repeated proper nouns are clear). It's less convoluted than Bulwer-Lytton, Thackeray, Trollope, Hardy, or most of the other Victorian behemoths we were forced to confront in undergraduate days. In the 20th century, Faulkner, Pynchon, Toni Morrison and Cormac McCarthy are much more complex. In a good translation, Dostoyevsky and Tolstoy are easy to read, and Mueller's excerpt has a lot in common with the Russians (Yes, I see the irony).

The excerpt is not difficult to read because of the vocabulary, except for the unfamiliar Russian names. The normal structure is subject, verb, complement, over and over. The four words in bold caps are the only adverbs in the entire passage, and two of them have the common "-ly" ending. If you read the passage aloud, it moves smoothly and quickly. If the names are a problem, substitute "Smith," "Brown" and "Jones" for Yanukovych, Kilimnik and Manafort and listen to what I mean.

Mueller's document illustrates how adverbs weaken prose. Chris Offutt (above) said that adverbs are the weakest words in English, but I didn't appreciate how right he was until now.

Strunk and White bury their advice to "Avoid Qualifiers" on page 73 of my current coy of The Elements of Style, and they discuss "Little," "Pretty," "Rather" and "Very" in one paragraph. They don't expand to explain how and why adverbs in general are weak, but Mueller demonstrates it for us. Adverbs QUALIFY or LIMIT a verb. They don't add, they subtract. A strong verb DOES or IS. When you add an adverb, it DOES or IS only to some extent.

For vigor, Mueller's writing reminds me more of this writer, whom you might recognize:

Two other people had been in the lunch-room. Once George had gone out to the kitchen and made a ham-and-egg sandwich "to go" that a man wanted to take with him. Inside the kitchen he saw Al, his derby hat tipped back, sitting on a stool beside the wicket with the muzzle of a sawed-off shotgun resting on the ledge. Nick and the cook were back to back in the corner, a towel tied in each of their mouths. George had cooked the sandwich, wrapped it up in oiled paper, put it in a bag, brought it in, and the man had paid for it and gone out.

This paragraph from Hemingway's "The Killers" averages about 22 words per sentence. The average word in the Mueller excerpt is 5 letters long and in the Hemingway passage 3.8 letters.

I wonder how many people who had trouble reading the Mueller Report are still reading THIS.
Posted by Steve Liskow at 00:01